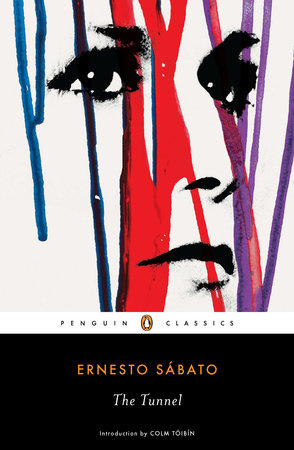 INTRODUCTION
Soon after the end of World War II, a lonely, misunderstood artist in Buenos Aires exhibits a painting that includes a tiny window through which a lone female figure can be observed looking at the sea. The vignette, which seems to the painter to be laden with meaning, escapes the attention of every visitor to the exhibition except one: a beautiful, chestnut–haired woman in her mid–twenties who, the artist imagines, might be the only person in the world capable of understanding both him and his work. As she vanishes into the crowd, the painter suppresses a desire to call out to her and is at once plunged into misery. He is convinced that, in a teeming city of millions, he will never see her again. And yet, miraculously, he later spots her entering an office building and, as she waits for an elevator, blurts out a series of fumbling questions that form the beginning of a relationship that will transform both their lives.

Could this be the premise of a charming, somewhat fluffy love story? Perhaps in the hands of a lesser writer, but not for the brilliant Argentine novelist Ernesto Sábato. The young woman is María Iribarne, whose troubled past we only glimpse but who is convinced that she brings harm to everyone who comes near her. The artist is Juan Pablo Castel, a man whose superficial charm and educated speech conceal a dark contempt for humankind and an existential belief in the emptiness and absurdity of life. Almost from their first meeting, Juan Pablo seems driven by an urge to dominate and possess. María, passive and well–intentioned, observes the demons in Juan Pablo’s nature but seems incapable of tearing herself away from him, even as it becomes clear that they can only exacerbate each other’s pain. Juan Pablo himself is a soul ever more divided, both coldly analytical and given to spasms of volatile irrationality. With supreme lucidity, he meditates upon the ironies and discontents of life; with crazed suspicion, he spirals toward insanity and violent death. As Juan Pablo interacts with friends, acquaintances, and bureaucrats, we see through his eyes the morass of inanity and incomprehension that he finds all around him. He sees in María a glistening, miraculous soul mate, and he reaches out to her in the desperate hope that, she, unlike all others, will love and accept him. But when he reaches toward her one final time, it will be with a very different purpose.

When it first appeared in 1948, The Tunnel was lauded by Albert Camus, who saw in its pages an elaboration of the themes of being and nothingness with which he had wrestled in his own novel The Stranger. Long denied the attention it richly deserves, The Tunnel has again found an eager audience among readers who have discovered in Juan Pablo’s tortured brilliance an ominous emblem for our own fractured and disaffected times.

Born in 1911 in Rojas, a small town in Argentina, Ernesto Sábato initially prepared for a life in the sciences. After earning a Ph.D. in physics at the Universidad Nacional de la Plata, he traveled to Paris, where he studied at the Sorbonne and worked at the famed Curie Institute. Although a promising career lay before him, Sábato found that his work left him feeling empty and “beaten up by disbelief.” Further disillusioned by the calamity of World War II, he turned to the humanities, becoming a full–time writer and painter. In a writing career that spanned seven decades, Sábato published a large body of essays and three novels. The first of these, The Tunnel ( 1948), won praise from Graham Greene, Albert Camus, and Thomas Mann. Sábato’s contributions to literary culture earned him Spain’s Miguel de Cervantes Prize and a membership in the French Legion of Honor. In the 1980s, Sábato directed an aggressive investigation of crimes committed by Argentina’s recently deposed military government. Ernesto Sábato died only weeks short of his one hundredth birthday in 2011.


Learn More About The Tunnel
print

The Game of Cards
Adolf Schroder

Balcony in the Forest
Julien Gracq

The Wine of Solitude
Irene Nemirovsky

Dancing Lessons for the Advanced in Age
Bohumil Hrabal

Tomorrow They Won’t Dare to Murder Us
Joseph Andras

The Kissing Man
George Elliott
Back to Top