Everything You Ever Wanted Reader’s Guide 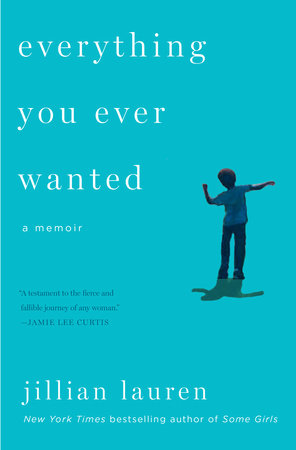 Everything You Ever Wanted Reader’s Guide

print
Everything You Ever Wanted Reader’s Guide

1. Despite some of the dramatic and serious scenarios depicted in the book, Jillian’s writing possesses a great deal of humor and lightheartedness. How does humor help get you through tough situations? What are some ways you incorporate it into everyday life?

2. After her experience with the Maori healers, Jillian has a moment of understanding, when she thinks, “…it’s funny— all the bizarre things I’ve done in pursuit of motherhood. It’s human– to be miserable at achieving non-attachment. And it’s worthy of compassion– to try so hard and to fail.” Do you relate to this revelation? Why or why not?

3. When Jillian meets the other parents she will be traveling to Ethiopia with, she is surprised that even the families with traditional backgrounds are welcoming to her, tattoos and all, and she finds a sense of community among them.  Have you ever had your expectations of someone upended? What happened as a result?

4. Jillian did not disclose her drug use to the adoption agency. Should she have been honest with them?

5. How did Jillian’s relationship with her parents affect her own parenting choices?

6. Jillian’s attempts to take Tariku out in public as a toddler are heart wrenching. Does her story change the way you look at parents dealing with a child having a tantrum in public?

7. What has been your biggest challenge as a parent? Has Jillian’s story made you rethink parenting at all? Whether it’s parenting your own children or judging how other people parent their children?

8. At one point in the memoir, Jillian recalls her grandmother saying to her, “It’s okay to hold two conflicting things at the same time, for a while.” How does this adage relate to Jillian’s attitude about parenting and relationships throughout the book?

9. How did reading EYEW affect your ideas about of PTSD and early childhood trauma?

Learn More About Everything You Ever Wanted
print

Five Men Who Broke My Heart

Have You Found Her
Back to Top