A Bridge Across the Ocean Reader’s Guide 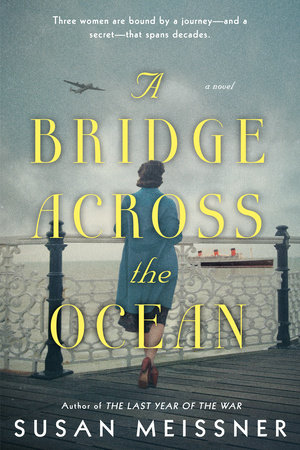 A Bridge Across the Ocean Reader’s Guide

print
A Bridge Across the Ocean Reader’s Guide

A Bridge Across the Ocean

1. A Bridge Across the Ocean opens with a spectral encounter aboard the RMS Queen Mary on the first day of her maiden voyage, followed by Brette’s unwanted meeting with a ghost in the present day at a baby shower. What was your initial reaction to these two scenes? Have you ever experienced something that had no earthly explanation? If you had Brette’s strange ability, what do you think you would do with it?

2. Which of the three war brides—Annaliese, Simone, or Phoebe—did you most connect with emotionally? Why?

3. Talk for a moment about the friendship between Annaliese and Katrine. What do you think drew them together? Have you ever had or do you have a friend like these two had in each other? What do you think Katrine would have thought of Annaliese’s decision to board the Queen Mary the way that she did?

4. Would you have made all the same life-changing choices that Simone and Annaliese made?

5. When Katrine falls in love with John, Annaliese remarks that they’ve only known each other a short while. Katrine says that it seems like longer, “as if to suggest Annaliese surely knew that love didn’t take note of calendar pages.” Do agree or can you relate? Why do you think Simone and Everett also fell in love over a stretch of just weeks?

6. Early in the book, Aunt Ellen tells Brette that the Drifters are “afraid of what they can’t see, just like us. It’s as if there’s a bridge they need to cross. And it’s like crossing over the ocean, Brette. They can’t see the other side. So they are afraid to cross it.” Have you ever faced a figurative bridge you had to cross where you couldn’t see the other side? What did you do?

7. As Simone prepares to leave her old life behind to board the Queen Mary, she reflects on the people who stood in as parental figures when she desperately needed them: Madame Didion, Henri and Collette, the older British couple who helped her prepare for the sailing. How do you think these people made their mark on Simone? Why do you think Simone thought it best not to stay in contact with Phoebe after they immigrated to America? Was it the right choice?

9. When Annaliese is about to be detained on the ship and Simone decides to intervene and help her, she says to Annaliese: “If I do nothing when I know I can help you, I can never again be the girl that I was, I will only ever be that other girl, the one the war tried to make of me.” What do you think she means here? What is at stake for her?

10. Discuss the idea that the ship is an entity with a soul. What was your reaction to this revelation? Do you have a special fondness for a place that feels like it is more than just a mere location?

Learn More About A Bridge Across the Ocean
print

A Fall of Marigolds

All the Flowers in Paris

The Secret Life of Violet Grant

Along the Infinite Sea

The Masterpiece
Back to Top