An Instance of the Fingerpost Reader’s Guide 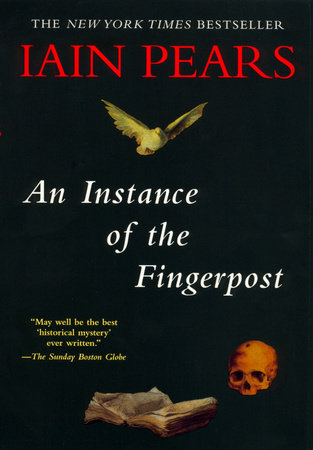 An Instance of the Fingerpost Reader’s Guide

print
An Instance of the Fingerpost Reader’s Guide

It’s England in the 1660s, Charles II has been restored to the throne following years of civil war and Oliver Cromwell’s short-lived republic. Oxford is the intellectual seat of the country, a place of great scientific, religious, and political ferment. A fellow of New College is found dead in suspicious circumstances. A young woman is accused of his murder.

We hear the story of the death from four witnesses—each tells his own version of what happened. Only one reveals the extraordinary truth. An Instance of The Fingerpost is an utterly compelling historical mystery with a plot that twists and turns and keeps the reader guessing until the very last page.

Born in 1955, Iain Pears has worked as an art historian, a television consultant, and a journalist, in England, France, Italy, and the United States. He is the author of six highly praised detective novels, a book of art history, and countless articles on artistic, financial, and historical subjects. He lives in Oxford, England.

“May well be the best ‘historical mystery’ ever written.” —Boston Sunday Globe

Learn More About An Instance of the Fingerpost
print

Winter in Madrid
C. J. Sansom
Back to Top