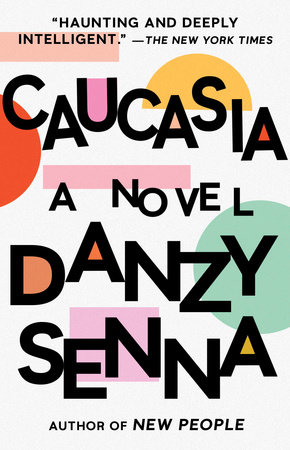 Birdie and Cole are the daughters of a black father and a white mother, intellectuals and activists in the Civil Rights Movement in 1970s Boston. The sisters are so close that they have created a private language, yet to the outside world they can’t be sisters: Birdie appears to be white, while Cole is dark enough to fit in with the other kids at the Afrocentric school they attend. For Birdie, Cole is the mirror in which she can see her own blackness.

Then their parents’ marriage falls apart. Their father’s new black girlfriend won’t even look at Birdie, while their mother gives her life over to the Movement: at night the sisters watch mysterious men arrive with bundles shaped like rifles.

One night Birdie watches her father and his girlfriend drive away with Cole-they have gone to Brazil, she will later learn, where her father hopes for a racial equality he will never find in the States. The next morning-in the belief that the Feds are after them-Birdie and her mother leave everything behind: their house and possessions, their friends, and-most disturbing of all-their identity. Passing as the daughter and wife of a deceased Jewish professor, Birdie and her mother finally make their home in New Hampshire. Desperate to find Cole, yet afraid of betraying her mother and herself to some unknown danger, Birdie must learn to navigate the white world-so that when she sets off in search of her sister, she is ready for what she will find.

The daughter of a black father and a white mother, both writers and activists in the Civil Rights Movement, Danzy Senna grew up in Boston and attended Stanford University. She holds an M.F.A. in creative writing from the University of California, Irvine, where she received several creative writing awards. She lives in New York City.

“Lucid and magnificent.” —James McBride, author of The Color of Water

“Senna’s remarkable first novel [will] cling to your memory. There’s Birdie, who takes after her mother’s white, New England side of the family—light skin, straight hair. There’s her big sister, Cole, who takes after her father, a radical black intellectual. It’s the early seventies, and black-power politics divide their parents, who divide the sisters; Cole disappears with their father, and Birdie goes underground with their mother…Senna tells this coming-of-age tale with impressive beauty and power.” —Newsweek

“[An] absorbing debut novel…Senna superbly illustrates the emotional toll that politics and race take on one especially gutsy young girl’s development as she makes her way through the parallel limbos between black and white and between girl and young woman…Senna gives new meaning to the twin universal desires for a lost childhood and a new adult self by recounting Birdie’s struggle to become someone when she can look and act like anyone.” —New York Times Book Review

“Brilliant…a finely nuanced story that explores the matter of race through the eyes and heart of another white black girl.” —Ms.

Jazz
Back to Top