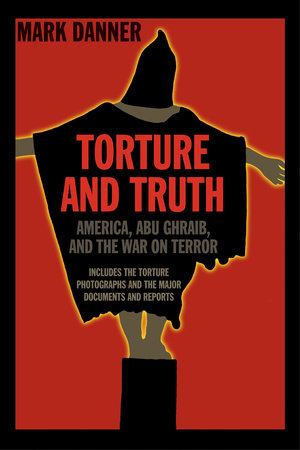 America, Abu Ghraib, and the War on Terrror

About Torture and Truth

Includes the torture photographs in color and the full texts of the secret administration memos on torture and the investigative reports on the abuses at Abu Ghraib.

In the spring of 2004, graphic photographs of Iraqi prisoners being tortured by American soldiers in Baghdad’s Abu Ghraib prison flashed around the world, provoking outraged debate. Did they depict the rogue behavior of "a few bad apples"? Or did they in fact reveal that the US government had decided to use brutal tactics in the "war on terror"?

The images are shocking, but they do not tell the whole story. The abuses at Abu Ghraib were not isolated incidents but the result of a chain of deliberate decisions and failures of command. To understand how "Hooded Man" and "Leashed Man" could have happened, Mark Danner turns to the documents that are collected for the first time in this book.

These documents include secret government memos, some never before published, that portray a fierce argument within the Bush administration over whether al-Qaeda and Taliban prisoners were protected by the Geneva Conventions and how far the US could go in interrogating them. There are also official reports on abuses at Abu Ghraib by the International Committee of the Red Cross, by US Army investigators, and by an independent panel chaired by former defense secretary James R. Schlesinger. In sifting this evidence, Danner traces the path by which harsh methods of interrogation approved for suspected terrorists in Afghanistan and Guant‡namo "migrated" to Iraq as resistance to the US occupation grew and US casualties mounted.

Yet as Mark Danner writes, the real scandal here is political: it "is not about revelation or disclosure but about the failure, once wrongdoing is disclosed, of politicians, officials, the press, and, ultimately, citizens to act." For once we know the story the photos and documents tell, we are left with the questions they pose for our democratic society: Does fighting a "new kind of war" on terror justify torture? Who will we hold responsible for deciding to pursue such a policy, and what will be the moral and political costs to the country?

“Danner’s engrossing analysis and painstaking scholarship may yet bring a measure of justice to the thousands of innocent Iraqis tortured in the cause of freedom and democracy.”
— Bill McSweeney, Irish Times

“An invaluable resource…far more durable and available than any series of virtual documents on the web.”
— David Simpson, London Review of Books

“…Despite the dereliction of network news and the subterfuge of the Bush administration, the information is all there in black and white, if not in video or color, for those who want to read it, whether in the daily press or in books like…Mark Danner’s Torture and Truth.”
— Frank Rich, The New York Times

“Danner’s book does a fine job assembling [a collection of the relevant sources], from the Taguba report to the Justice Department’s memoranda and opinions—one of which became so notorious for giving the president power to use coercive force that it is now often simply known as the ‘Torture Memo’.”
— The Washington Post Book World

“The documents, some of which are published for the first time in Torture and Truth, make for gripping, if disturbing, reading.”
— Mother Jones

“…A reprint of some of the most important items in the historical record, an invitation to read the small print that prefigured and followed on the scenes now embedded in our memory and reproduced all over the world as icons of the Coalition’s cruelty and hypocrisy….By offering themselves for slow reading and rereading, they also open up for discussion some of the deeper issues governing the way we perpetrate and respond to conduct that many of us consider inhuman and appalling. Among these issues is the language we use, and its consequences not just for others but for ourselves.”
— London Review of Books

“Mr. Danner’s book is valuable because to the 50 pages of articles he originally wrote for The New York Review of Books, the volume adds hundreds of pages of the relevant Justice and Defense Department memorandums, the photos, prisoners’ depositions, Red Cross reports and the military’s own major investigations of Abu Ghraib. Motivated readers can judge for themselves.”
— Peter Steinfels, The New York Times

“Every bit as important as the 9/11 Commission’s report.”
— Sanford Levinson, The Los Angeles Times

“Danner has compiled excellent documents on the abuse of prisoners of Abu Ghraib…Highly recommended. Upper-division undergraduates and above.”
— Choice

“[Danner] begins with passionate essays that originally appeared in The New York Review of Books, but very soon [he] leaves the stage and lets the documents speak for themselves….If you read it in the order Danner provides, you can see exactly how this horror came about—and why it’s still going on. As Danner observes, this is a scandal with almost everything in plain sight.”
— Andrew Sullivan, The New York Times Book Review

“Danner’s…essays…reveal a keen mind at work and warn us to expect little serious congressional investigation into one of the great foreign policy disasters in our lives.”
— The Washington Post Book World