Queens of the Conquest Reader’s Guide 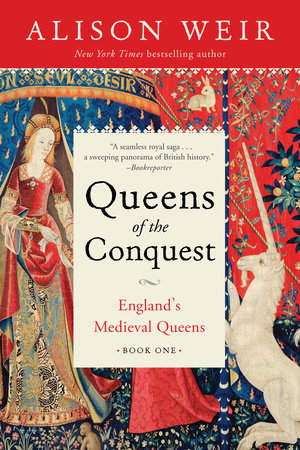 Queens of the Conquest Reader’s Guide

1. “The past is a foreign country,” wrote L. P. Hartley, but is it possible to draw parallels between the world inhabited by the Norman queens and our world today?

2. Were you surprised by the extent of the power and influence enjoyed by the Norman queens? If so, why?

3. Which queen did you like most? And which one was most effective in her role?

4. Why was it that women were so often denied power in the past? Did the example of the Empress Maud reinforce those views?

5. Was it the Empress Maud’s sex that militated against her? Or was it her own actions?

6. Is it possible to see any of the Norman queens as feminist heroines? And is it right to draw feminist parallels with women who lived centuries ago and had no understanding of the concept of feminism?

7. In the nineteenth century, biographer Agnes Strickland wrote highly romanticized and moralistic accounts of medieval queens, an approach that has only relatively recently been abandoned. Do you think that Alison Weir has achieved a more realistic and objective portrayal?

8. What kind of monarchs would these queens have made had they been allowed to rule?

9. How do the moral values and priorities of the eleventh and twelfth centuries differ from those of today? Would kings like William the Conqueror and Henry I be as much admired in the modern age?

10. Do you feel that this book and other contemporary sources clarify or obscure our view of the Norman queens? And do you believe it is possible for a historian to achieve—-and convey to readers—-some apprehension of their emotional lives?

Learn More About Queens of the Conquest
print

The Children of Henry VIII

Mistress of the Monarchy
Back to Top