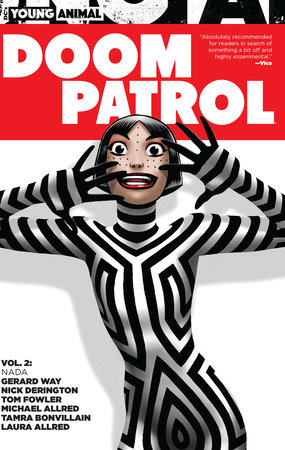 Flex Mentallo, Robotman, Rebis, Crazy Jane and more are back to twist minds and take control. The most prevailing question in Vol. 2? What is S**t, and why is everyone eating it? Cliff doesn’t like it, but Casey can’t get enough. Sure, Cliff doesn’t like a lot of stuff, but that doesn’t mean he’s wrong to be suspicious this time around. Meanwhile, we find out where Lotion the cat got off to, and how his journey has changed him. Life on the streets has made him an entirely different animal!

The spirit of Grant Morrison’s groundbreaking DOOM PATROL is captured in this debut series starring the cult-favorite misfits as a part of Gerard Way’s new Young Animal imprint. Collects issues #7-12.

DOOM PATROL is the flagship title of Young Animal–a four-book grassroots mature reader imprint, creatively spearheaded by Gerard Way, bridging the gap between the DCU and Vertigo, and focusing on the juxtaposition between visual and thematic storytelling. 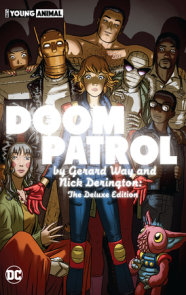 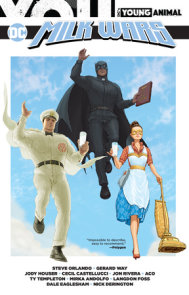 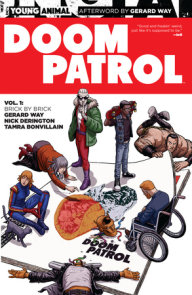 See all books by Gerard Way

“Doom Patrol is a wildly entertaining comic in what has been one of the best series in comics since it was relaunched.” —Comicosity

“Doom Patrol is back, and the wait was well worth it…It really does play like a lost Silver Age adventure in many respects, one that isn’t afraid to get weird and constantly shift from one beat to the next.” —IGN