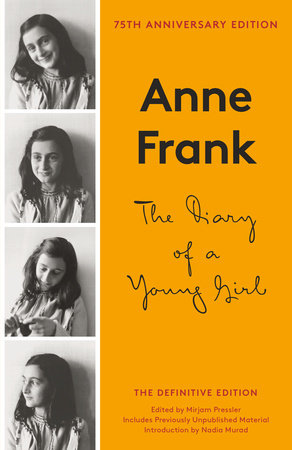 1, a) After the Nazi invasion of the Netherlands in May 1940, the Dutch people were immediately faced with the question of choice: how to respond to the Nazi occupation. Tens of thousands of Dutch people followed Hitler, and millions more looked the other way. Eventually, a resistance movement began to grow. The Nazis needed Dutch collaborators to carry out their fascist decrees. What would have influenced someone to become a collaborator? What factors would have encouraged someone to join the resistance? Do you think these factors were based on personal characteristics or political beliefs? What was the price of resistance during the war? What was the price of collaboration? b) Anne Frank and her family were German refugees who resettled and tried to build their lives in the Netherlands. Although the Franks were proud of their German heritage, their feelings toward Germany became very complicated during the war. Anne wrote: "Fine specimens of humanity, those Germans, and to think I’m actually one of them! No. that’s not true, Hitler took away our nationality long ago. And besides, there are no greater enemies on earth than the Germans and Jews." (October 9, 1942.) Although Anne had lived in the Netherlands since 1934, she did not become a Dutch citizen. Did Anne have a nationality? If not, were Anne’s civil rights protected by any nation? By 1939 some 250,000 Jews, half of Germany’s Jewish population, had fled their homeland. Did these refugees have any guaranteed rights? After the war Otto Frank responded to references to "the Germans" by asking "which German?" He believed strongly that blaming all Germans was another form of stereotyping. What constitutes a stereotype? How is a stereotype different from discrimination? c) In The New York Times the writer Anna Quindlen asked, "Would our understanding of the Holocaust be quite the same if Anne Frank had not taken a small plaid diary into hiding with her?" What has most shaped your understanding of World War II: personal experience, Anne’s diary, popular films such as Schindler’s List, newsreel footage, academic or historical texts? d) Otto Frank chose to edit out some of the negative comments Anne made about her mother and a number of the other residents of the Secret Annex–comments that have been restored in the new translation by Susan Massotty. He believed that Anne would have wanted him to do so. Do you think he was correct? e) In her diary Anne opined: "…if you’re wondering if it’s harder for the adults here than for the children, the answer is no…Older people have an opinion about everything and are sure of themselves and their actions. It’s twice as hard for us young people to hold on to our opinions at a time when ideals are being shattered…" (July 15, 1944.) When was the last time as an adult that you experienced the "shattering" of an ideal? Is the media a neutral force, or do you think it plays a role in supporting or destroying idealism? f) Are there certain characteristics common among those few individuals who risked their own lives to rescue Jews during World War II? Why do so many of them deny their own heroism? g) A disturbing number of neo-Nazi groups have taken hold in all parts of the world. What social conditions would be necessary for them to grow? What do you believe would be the most likely basis of another world war: pride, nationalism, fear, racism, economic interests, or religious intolerance? h) Nazi leader Adolf Eichmann was asked how he could explain the killing of 6 million Jews. He answered, "One hundred dead are a catastrophe, a million dead are a statistic." Have we become more or less tolerant of murder since he made this observation? i) Anne Frank wrote: "I don’t believe the war is simply the work of politicians and capitalists. Oh no, the common man is every bit as guilty; otherwise, people and nations would have rebelled long ago!" (May 3, 1944.) How should accountability be assigned? So many say they never understood what was happening. How likely could that have been? j) Hitler published Mein Kampf in 1925, describing his plan for the elimination of Jews. At that time, what steps might have been taken to stop Hitler’s rise to power?

Learn More About The Diary of a Young Girl
print

Last Call at the Hotel Imperial

The Romanovs: The Final Chapter
Back to Top