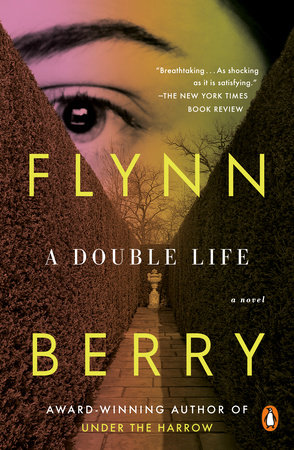 An Introduction to A Double Life

Claire is a hardworking doctor leading a seemingly simple, quiet life in London—she drinks with her friends at the pub; checks in on her younger brother, Robbie; and tends to her patients. But her life is far from normal, and Claire isn’t her real name—the daughter of the most notorious murder suspect in the country, she was forced to change it long ago in order to live with any semblance of privacy.

Nearly thirty years ago, while Claire and her brother slept upstairs, a brutal crime was committed in her family’s townhouse, a crime that resulted in the death of their family’s nanny and, indirectly, their mother. The next morning, her father’s car was found abandoned near the English Channel, with bloodstains on the front seat. Her mother insisted she’d seen her estranged husband in the house that night, but his powerful, privileged friends—whose prosperous backgrounds were a far cry from Claire’s mother’s working-class upbringing—maintained his innocence. A wealthy, charismatic man, he was the first lord to be accused of murder in more than a century, and he has been missing ever since.

From the time she was a teenager, Claire has been combing through her memories, rereading her mother’s diaries, and stalking her father’s friends, searching for clues that might reveal the man he really was. She immerses herself in criminal psychology and mulls over what she might say to him if she had the chance. Haunted by her obsessive thoughts, and troubled by the comfortable existence of those who protected her father, she has been living in his shadow all her life. The police come to her intermittently over the years with supposed sightings of her father in faraway places, but she is never able to confirm that it is him.

But this time is different. When the police tell her that a suspect matching her father’s description has been sighted abroad, she has her own reasons to take the sighting seriously, and her carefully calibrated existence begins to fracture. She still doesn’t know for certain whether she’s the daughter of a murderer or a wronged man, but she will soon learn how far she’ll go to finally find the truth.

Loosely inspired by one of the most infamous unsolved crimes of the twentieth century—the Lord Lucan case—A Double Life is at once a riveting page-turner and a moving reflection on women and violence, trauma and memory, and class and privilege.

1. Claire feels that her father’s affectionate treatment of her leading up to the night of the murder has made her somehow complicit. Discuss the way family members may feel guilty by association for a crime committed by someone close to them. How might inherited guilt and shame affect one’s character and the ways one thinks about blame, forgiveness, and atonement?

2. It is initially difficult for Claire to reconcile her memories of her father with the details of his heinous crime, prompting her obsessive search for the truth. What kind of evidence would you hope to find, if you were in her position? Would incontrovertible proof make you feel better, or worse?

3. Comparing London, where she lived as a child and lives now, with Scotland, where she relocated for the remainder of her adolescence after the murder, Claire concludes that London reminds her of her father and Scotland reminds her of her mother (page 51). Rather than becoming a doctor in London and pursuing her father’s case, she thinks, she should have stayed in Edinburgh and become a journalist or an editor. Do you think she made the right decision? What do her (real and imagined) life choices say about her?

4. Discuss Claire’s relationship with her younger brother, Robbie, who was fourteen months old at the time of the murder, and the individual ways they process their trauma. How has grief and anger manifested within both of them? Do you think Claire is right when she guesses that Robbie mistreats himself because he looks like their father, and “it’s the only act of revenge he can take” (page 70)?

5. Claire supposes her father “would think that he could be forgiven, that really he already has been” (page 21). How do you think he (and his privileged peers) conceptualized and rationalized the crime? Do you think forgiveness is always possible?

6. A Double Life was inspired by a true, unsolved crime: the Lord Lucan case, in which the nanny of the family of Lord Richard John Bingham, Seventh Earl of Lucan, was found murdered, and the earl subsequently disappeared without a trace. Popular belief indicates that he had intended to murder his wife but ended up killing the nanny by mistake in the dark. Some believe his wealthy friends assumed they would get away with helping him escape after the murder—and they did. Do you think that people with a certain amount of privilege are effectively above the law? How does class affect the justice system? What do you make of the enduring public fascination with this and other high society cold cases?

7. After the assault, the press immediately casts doubt on Claire’s mother when she blames her husband—the impending divorce proceedings, in which “she might have lost the house, custody, access to his money” (page 22), especially tarnish her credibility. Her father’s wealthy friend James says she was unstable and that no one ever knew “why he was with her” (page 22). How are gender and class dynamics at play here? Do you recall instances from real life in which a power imbalance cast doubt on a victim’s testimony? Are women victims judged differently or held to a different standard?

8. Discuss depictions of violence against women in popular entertainment and in the thriller genre specifically. Why do so many of novels in this genre fixate at length on detailed scenes of the abuse, mutilation, and humiliation of women’s bodies? Do you think these descriptions are an essential element of the storytelling, or unnecessary and voyeuristic? What are some alternative ways for writers to address gender-based violence in fiction?