All Over the Map Reader’s Guide 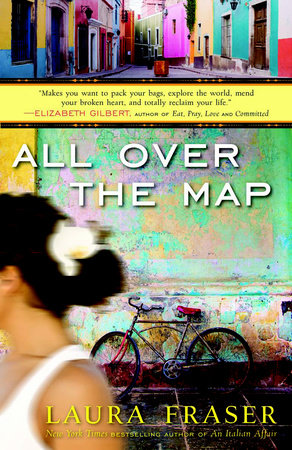 All Over the Map Reader’s Guide

print
All Over the Map Reader’s Guide

1. Fraser learns something about herself from her wilderness trip, from tango, from meditating, and from the life coach. What does she learn in each case, and which lesson is the most important? What similar learning experiences have you had?

2. Fraser writes, “I was more intent on competing with the men I found interesting than eventually marrying one of them, which may have been an unfortunate ripple effect of seventies-era feminism, or just bad timing.” What do you think? How much of a role has history played in shaping Fraser’s relationships (and the relationships of women of her generation)? How would things have been different if she had been born twenty-five years earlier?

3. Martha Borst, the corporate guru, urges her clients to embrace a philosophy of “accountability”—taking responsibility for everything that happens to you. Do you agree with this philosophy? How does it help Fraser deal with her rape?

4. Fraser was happy in San Miguel de Allende when she visited it as a child. Why is it important for her to return to a place where she was happy as a child? What part of herself is she reconnecting with?

5. One of the issues Fraser deals with in the book is her impulsiveness. Although the decision to make an offer on the house is not premeditated, how is it different from other impulsive decisions Fraser has made in the past?

6. What does owning her own house mean to Fraser? Why is it important emotionally? What enables her finally to make the move? Can you create a home for yourself in another country? What does the idea of “home” mean to you?

8. Many exotic locales—Rwanda, Samoa, Italy, Argentina—are featured in this memoir. Which descriptions are most vivid? Which place would you most like to visit? Why?

9. Fraser is often self-deprecating, and describes herself as impatient, judgmental, and hard. “I always say what’s on my mind, even when my mind isn’t fully engaged,” she says. How would you describe Laura?

10. Fraser believes her mother “did eventually manage to have it all” with a fifty-year marriage, children, and a career. Do you agree? Do you think Fraser is managing to “have it all”? She struggles between cozy domesticity and the lure of adventure and travel. Do you struggle between those two ways of living? Would you trade places with Fraser? Do you think you can “have it all,” and if not, what sacrifices have you made?

11. Fraser believes she was meant to be a writer. She says she was handed “gifts of language and communication” and she has a responsibility “to use them to benefit others, to bring darkness to light, to illuminate circumstances that otherwise might be left hidden, unnoticed, and unexplained.” What dark corners do you think she’s illuminated in this memoir?

Learn More About All Over the Map
print

Mastering the Art of French Eating

See You in the Piazza
Back to Top