The Book of Essie Reader’s Guide 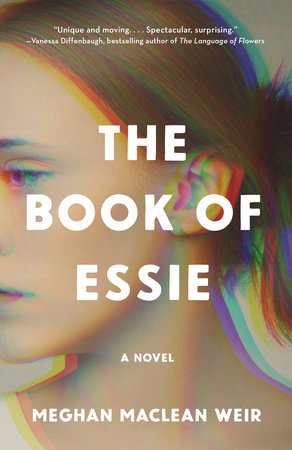 The Book of Essie Reader’s Guide

The questions, discussion topics, and other material that follow are intended to enhance your group’s conversation of The Book of Essie, an intimate portrayal of a young woman nearly destroyed by her family’s place in the public eye.

Esther Ann Hicks—Essie—is the youngest child on Six for Hicks, a reality television phenomenon. She’s grown up in the spotlight, idolized and despised for her family’s fire-and-brimstone brand of faith. So when Essie’s mother, Celia, discovers that Essie is pregnant, she immediately arranges an emergency meeting with the show’s producers. Do they sneak Essie out of the country for an abortion? Pass the child off as Celia’s? Or do they try to arrange a marriage—and a ratings-blockbuster wedding?

Meanwhile, Essie is quietly pairing herself up with Roarke Richards, a senior at her school with a secret of his own. As the newly formed couple attempt to sell their love story to the media through exclusive interviews with the infamously conservative reporter Liberty Bell, Essie finds she has questions of her own: What was the real reason for her older sister leaving home? Who can she trust with the truth about her family? And how much is she willing to sacrifice to win her own freedom?

1. How do the multiple points of view of the narration (alternating chapters among Esther, Roarke, and Liberty) contribute to the “truth-telling” premise of the novel, and even mimic the televised, staged, and split-screen way in which the viewing public knew the Hicks family?

2. The novel is set in the present day, an age when nearly everyone’s life (celebrity or not) is part of the public domain via social media and the internet to a degree. How does this new reality clash with the old-world values the Hickses seem to represent? What effect does that have on the way their religiosity and volunteer work is viewed by their watchers, or by you, the reader? Consider how Essie explains, “Even if Daddy does what he does for all the wrong reasons, that doesn’t detract from the results” (130).

3. Is the Hicks family’s infatuation with fame and attention in fact a product of our digital age, or is it something rooted deeper in human nature? Could the novel have been set in any other time period with the same effects?

4. Why does Roarke accept the offer to marry Essie despite the sacrifice it demands of him, in terms of his personal life as well as his sexual preferences? How do his compromises in the marriage compare to Essie’s? Who gains more, and how do their motives differ?

5. How does Essie’s idea of love change over the course of her life? Does what she feels toward her baby make up for the way she’d been taken advantage of, sexually and emotionally, and her alternative relationship with Roarke? Did you believe that Roarke and Essie were truly in love—especially in the moment they say “I do”?

6. How do you think you would have reacted if you were in Essie’s or Roarke’s situation?

7. Discuss the importance of the female characters’ names in the book, especially Esther, Liberty (and Justice), and Elizabeth. How do they circumvent or live up to the expectations of the historical figures or principles they’re named after?

8. Discuss the different methods and values of parenting illustrated in the book. Where do the three main families overlap in terms of a desire to do what’s best for their children, and where do their decisions derail those intentions? Which family do you think is worst in this respect?

9. Would you characterize anyone in the novel as a victim and why? Who among them has the most agency?

10. Why do you think Essie had to expose her story indirectly, by guiding Margot and Liberty to her diaries for eventual publication? How does this need for a mouthpiece reflect more largely in the way we read the book’s many “I” voices? Is any one of them more accurate than the others?

11. How does the goal of revenge manifest in the book? Can you put different characters’ desire for revenge on different moral planes, or are they all the same? Consider Liberty Bell’s realization of Mike’s judgment “about everything I’d ever said, every person in every group I’d ever targeted and tried to hurt in the name of that same God who said ‘Do not repay evil for evil or reviling for reviling, but on the contrary, bless, for to this you were called, that you may obtain a blessing’” (118).

12. Would you consider this novel to be “feminist”? What decisions, choices, or lack thereof made by the women throughout, especially Essie, support your answer?

13. What other recent political movements/events—from unscrupulous politicians like Caleb to #metoo—align with the themes of the novel? Despite these contemporary reference points, what seems to remain universal about these flaws in human behavior and our penchant for secrecy?

14. Despite the highly unique situations of the Hickses and Richardses, what aspects of their drama could you relate to from your own family and experiences? Roarke concedes that feelings about families are not necessarily logical when he says, “As if how you feel about your family ever makes any sense at all” (292). Does that statement ring true to?

15. Consider reality shows you’ve seen or heard of that remind you of Six for Hicks. Which elements of those programs and people did you find in the novel? What drew you to watch them, or compelled you to stop? Was your engagement with those shows similar to or different from the way you engaged with this novel?

MEGHAN MACLEAN WEIR was raised in the rectory of her father’s church in Southbridge, Massachusetts, and later moved with her family to Buffalo, New York. Her memoir, Between Expectations: Lessons from a Pediatric Residency, chronicles her years in training at Boston Medical Center and Boston Children’s Hospital. She continues to live and work as a physician in the Boston area. This is her first novel.
Learn More About The Book of Essie
print

Homesick for Another World
Back to Top