Star of the North Reader’s Guide 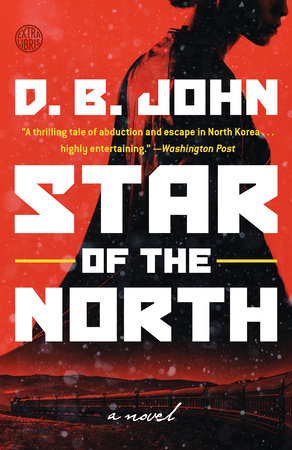 Star of the North Reader’s Guide

In order to provide reading groups with the most informed and thought-provoking questions possible, it is necessary to reveal important aspects of the plot of this novel. If you have not finished reading the book, we respectfully suggest that you wait before reviewing this guide.

1. In Chapter 2 of Star of the North, balloons carrying Choco Pies drop into the North Korean countryside. Who do you think sent these mysterious packages, and why did they send them? What effect did they have on the North Korean people who discovered them?

2. Many moments in Star of the North focus on the ways in which power operates. Can you draw out some of the different power displays in the text? You might choose to discuss this on a micro-level, such as in the mannerisms of the U.S. secretary of state in Chapter 9, or on a macro-level, considering the forms of social control employed by the Kim dynasty in North Korea.

3. In Chapter 10, it is said that ‘You don’t know yourself until you know hunger.’ [p. 71] How is hunger, and therefore food, weaponized in Star of the North? How does the availability of food in the U.S., as experienced by Colonel Cho in an American diner in Chapter 12, underline vast differences in life as it is experienced in North Korea and in Western countries?

4. In Chapter 18, Jenna and Cho fall into a heated exchange regarding human rights abuses. Consider the following comment that Cho makes to Jenna:

“ ‘Socialism faces many dangers,’ he said. ‘The United States also has enemies who threaten its way of life.’ He leaned forward, his face an expression of cynical savoir faire. “It treats them in much the same way, I believe.’ ” [p. 146.]

What do think Cho is implying about Western “imperialism” and U.S. foreign policies?

5. In Star of the North, why do you think religious worship is persecuted in North Korea? Why might religious freedom affect the cult of personality connected to the Kim dynasty?

6. Many elements of the North Korean political regime depicted in this book seem stranger than fiction, such as the Seed Bearing Program and cross generational guilt by association. Other aspects, such as scenes of graphic torture in prison camps, are difficult to witness, even as readers. Were you surprised to learn that these features were drawn from real accounts of defectors from North Korea?[1]

7. Take a moment to consider and discuss the lives that residents of Pyongyang lead in comparison to North Koreans elsewhere in the state. Do you think that those inside the borders of the city are aware of the harsh realities of those who face famine and other deprivations? In what ways could you see Pyongyang residents in this book as also controlled by the Kim dynasty?

8. When Jenna encounters Kim Jong Il aboard his private train, he attempts to blackmail her into withdrawing her report to the White House, which had been positively received and promoted by the U.S. secretary of state. In the report, Jenna had proposed a radical revision of U.S. foreign policy towards North Korea, including suggestions to “sweep away all sanctions and embargos” and “all restrictions on travel, banking, and trade”. [p. 354] Why would Kim Jong Il see this as an attack on his regime?

9. In Chapter 54, Cho is surrounded by the People’s Armed Police on the G1212 Shenyang-Jilin Expressway in China. Experiencing an unexpected sense of calm as he faces his end, he exits his car and leaps into the dark void of the valley under the expressway and, “As he fell, with the wind rushing through his hair, he released all need to understand, all need to know. And in that moment he understood everything.” [p.372.]

Why does Cho choose to jump into the valley instead of being captured by the police? What do you think he ‘understands’ in this moment?

10. Throughout Star of the North, Mrs. Moon is extraordinarily resourceful and resilient. This is seen in her abilities to survive famines and the brutal conditions of the prison camp, as well as in her cunning negotiation skills. What drives Mrs. Moon to survive, and where does she find her strength?

11. Could you see this book as one of a series? How do you imagine the storyline of a sequel would unfold? How might it include Books, Cho’s son in North Korea, and Soo-min’s son in the U.S.? How could the plot be driven by relations between North Korea and the U.S. in the years that have followed the time in which Star of the North is set?

The Osterman Weekend
Back to Top