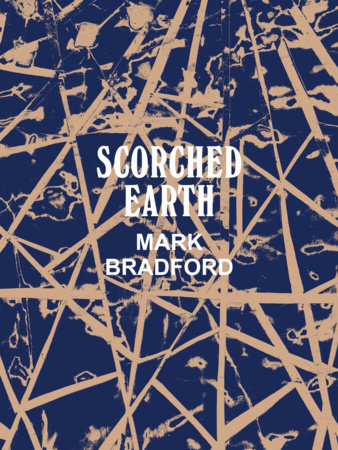 This generously illustrated volume features Mark Bradford’s newest work which deals with the body and the performance of identity. Mark Bradford’s layered, multi-textured paintings have earned him wide critical acclaim. His latest body of work comprises a new group of paintings and a video, each of which cycles around the idea of the body in crisis. Bradford witnessed the LA riots (1992) from his studio and has translated the fury, fear, outrage, pandemonium, and lasting wounds into artworks. This volume reproduces in full new paintings in which Bradford carved into the layered surface of the work creating depressions and arteries that structure these otherwise abstract compositions. Bradford’s new video references the history of black standup comedy taking on Eddie Murphy’s controversial concert film “Delirious” (1983). In the video Bradford takes on Murphy’s searing comments on sexuality, reinterpreting this important cultural moment while considering the modalities of gender and its performance. Accompanying texts include Bradford’s trenchant performance script and a scholarly text by Butler explores Bradford’s critique of pervasive cultural racism and homophobia in society as a whole.