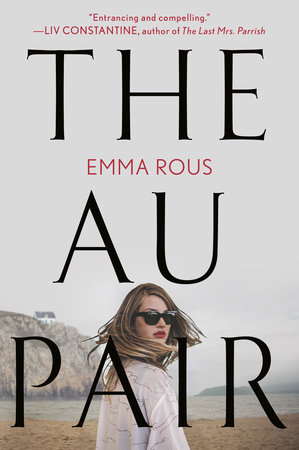 1.What were your feelings about Summerbourne as the setting for this story? Did you empathize with Seraphine’s attachment to the house, or are you more like Danny as far as bricks and mortar are concerned?

2.Seraphine tells us early on she’s “never felt much need for friendships.” Do you think this might have been influenced by her early childhood experiences? Do you think her attitude might have changed at all by the end of the book?

3.Laura says to Alex, “We all did bad things, Alex. You, me, Ruth, Dominic. Just because we haven’t been arrested like Vera doesn’t mean we got away with it.” Do you think all four of them carry an equal amount of blame for their actions?

4.Pregnancy denial is a real phenomenon. Did you pick up on clues in the book that Laura was pregnant—clues that she herself simultaneously mentioned and ignored? Have you come across other forms of psychological denial, such as people refusing to acknowledge problems in their relationships, jobs, health, or behavior?

5.The Latin inscription at the folly translates as “A precipice in front, wolves behind.” Do you think this is an apt description of the situation Laura finds herself in after the babies are born? Could she have achieved a better outcome?

6.When Vera admits she had initial doubts about the babies’ identities, Seraphine tells us: “I try to embrace [Vera’s] meaning: that it doesn’t matter to her, that she loves us anyway. But it’s not enough. Her love for us doesn’t give her the right to hide the truth from us.” Do you agree? Do you have any sympathy with Vera’s desire to bring up the babies as Summerbourne twins irrespective of where they came from?

7.How did Michael’s stories and the village gossip about the Mayes family make you feel? Do you think rumors and gossip are inevitable in any community?

8.Do you believe Vera was guilty of all three of the crimes she was charged with—Ruth’s murder, Dominic’s murder, and Laura’s attempted murder?

9.If you could spend an afternoon on the Summerbourne patio with any one of the characters from The Au Pair, which one would you choose, and why?

10.What do you hope the future might hold for Laura and Seraphine?
Learn More About The Au Pair
print

The Marsh King’s Daughter
Back to Top