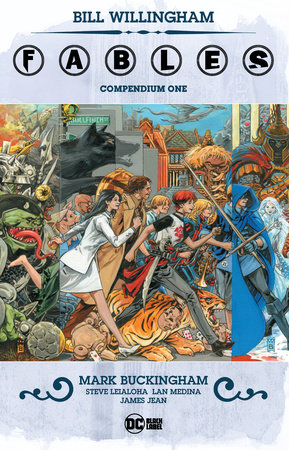 About Fables Compendium One

Get lost in the fantastic world of Bill Willingham’s acclaimed, Eisner Award-winning series Fables, now collected in a beautiful and story-packed compendium!

When a savage creature, known only as the Adversary, conquered the fabled lands of legends and fairy tales, the famous inhabitants of folklore were forced into exile. Disguised among the normal citizens of a modern New York, these magical characters created their own peaceful and secret society, which they called Fabletown.

But when Snow White’s party-girl sister, Rose Red, is apparently murdered, it’s up to Fabletown’s sheriff — the reformed Big Bad Wolf, Bigby — to find the killer.

Meanwhile, trouble of a different sort brews at the Fables’ upstate farm, where non-human inhabitants are preaching revolution…and threatening the carefully nutured secrecy of Fabletown.

Collecting issues #1-41, Fables: The Last Castle, Fables: 1,001 Nights of Snowfall, and a short story from Fables: Legends in Exile! 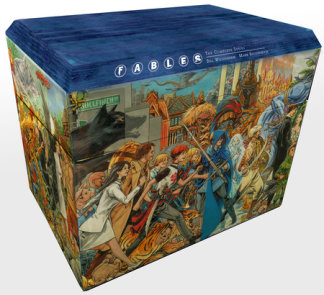 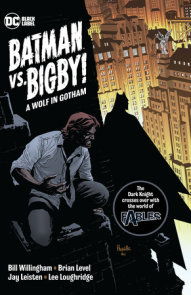 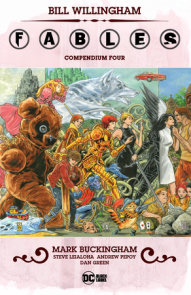 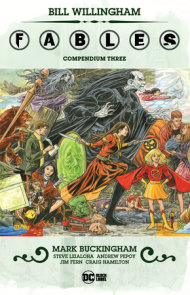 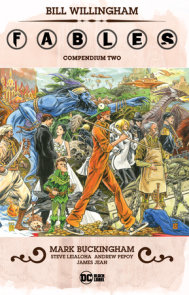 See all books by Bill Willingham

Bill Willingham has been writing, and sometimes drawing, comics for more than 20 years. During that time, he’s had work published by nearly every comics publisher in the business, and he’s created many critically acclaimed comic book series, including Elementals,… More about Bill Willingham