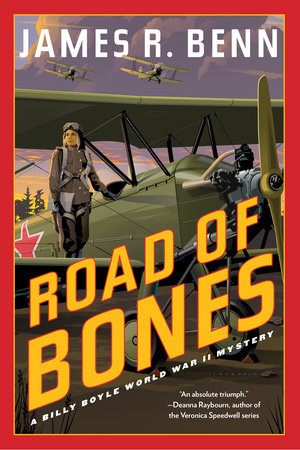 About Road of Bones

Billy Boyle is sent to the heart of the USSR to solve a double-murder at a critical turning point in the war in this latest installment of critically acclaimed James R. Benn’s WWII mystery series.

It’s September 1944, and the US is poised to launch Operation Frantic, a shuttle-bombing mission to be conducted by American aircraft based in Great Britain, southern Italy, and three Soviet airfields in the Ukraine. Tensions are already high between the American and Russian allies when two intelligence agents—one Soviet, one American—are found dead at Poltava, one of the Ukrainian bases. Billy is brought in to investigate, and this time he’s paired, at the insistence of the Soviets, with a KGB agent who has his own political and personal agenda.

In the course of an investigation that quickly spirals out of control, Billy is aided by the Night Witches, a daring regiment of young Soviet women flying at night at very low altitudes, bombing hundreds of German installations.

It’s a turning point in the war, and allied efforts hang by a thread. Unless Billy and his KGB partner can solve the murders in an atmosphere of mutual distrust, Operation Frantic is doomed. 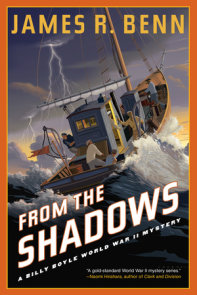 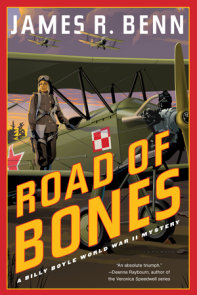 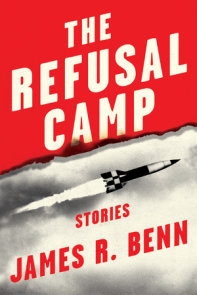 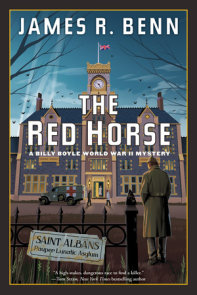 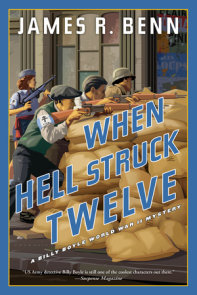 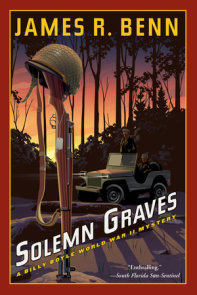 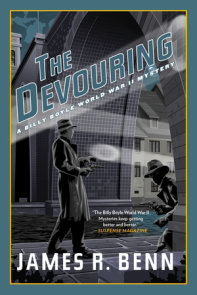 James R. Benn is the author of the Billy Boyle World War II mysteries. The debut, Billy Boyle, was named one of five top mysteries of 2006 by Book Sense and was a Dilys Award nominee. A Blind Goddess was… More about James R. Benn

Praise for Road of Bones

“Hats off to Billy Boyle! Like a fine Irish whiskey, James Benn’s series only gets better, and this time there is a most intriguing addition—a regiment of young Soviet female pilots called the Night Witches.”
—Susan Elia MacNeal, New York Times bestselling author of the Maggie Hope mysteries

“This book had me at Night Witches; James Benn has done it again! Billy Boyle’s return in Road of Bones is an absolute triumph. Sharp, resourceful, and daring, Billy is a hero to root for from first page to last. James Benn brings WWII so vividly to life, you’ll hear the whistle of shrapnel and wish you had a SPAM sandwich.”
—Deanna Raybourn, New York Times bestselling author of the Veronica Speedwell series

“Billy Boyle marches into yet another actual World War II battle, one of the most harrowing that author James R. Benn has put him in . . . The only way to truly trust is to be constantly suspicious. Readers would be well-advised to keep that in mind as they follow this complex, twist-filled novel right to its finish.”
—Deadly Pleasures

“One pervasive element in Road of Bones is the suffocating sense of life under the Soviet regime. Benn does a grimly effective job of conveying the paranoia, desperation and terror citizens lived with . . . Another compelling addition to the story is the presence of the Night Witches, a group of all-female Russian aviators who flew bombing missions against the Germans.”
—The Day

“You could spend weeks, months, a lifetime, reading your way through the evidence of what happened during the Second World War. And sorting out heroes and villains . . . Or instead, you could trust the kindness of author James R. Benn, who unearths unusual details of the war that enchant and inform, while investigator Billy Boyle pursues crime on behalf of the American forces . . . this 16th Billy Boyle World War II Mystery is another “keeper” for solid enjoyment and excitement.”
—Kingdom Books

“Yet again, Benn’s historic facts greatly heighten his skillful blend of fictional characters with real-life heroes . . . Road of Bones offers numerous word pictures of the action and horror of bombing raids, the destructive tragedy of ground combat, and the tyranny of the Soviet system under Stalin.”
—The Lymes Local News

“As always, Benn constructs a compelling mystery around a little-known aspect of WWII history, adding delicious detail in the process. This time it’s the story of the Night Witches, the only all-female unit in the Red Air Force, who fly wood-and-canvas biplanes in the dark, cutting their engines and gliding in to drop their bombs at low altitudes. Benn’s ability to sustain his terrific premise while adding depth to his characters makes this long-running series a must for those who love WWII crime fiction.”
—Booklist, Starred Review

“As always, Benn covers all his bases with a taut narrative, relatable characters and crisp dialogue. Road of Bones is another superlative installment in the best World War II mystery series on offer.”
—BookPage

Praise for the Billy Boyle Investigations
“Billy Boyle has been to some awesome places in James R. Benn’s adventurous World War II series . . . As historical detective series go, this one is extremely well tended by an author who clearly dotes on his hero. As do we.”
—The New York Times

“Chilling echoes of One Flew over the Cuckoo’s Nest and The Prisoner reverberate in every twist and turn of Billy Boyle’s life-or-death mission to unmask a plot in the thick of WWII.”
—Tom Straw, seven-time New York Times bestselling author writing as Richard Castle

“A fond echo of Agatha Christie or Alfred Hitchcock . . . As always, Benn’s research into this largely forgotten—or even unknown—aspect of the war is comprehensive and evocatively detailed.”
—The Day