How High the Moon Reader’s Guide 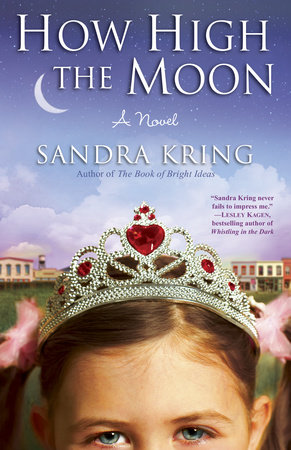 How High the Moon Reader’s Guide

1. Teaspoon tells Mrs. Carlton the story of how she got her nickname fairly early in the book.  As you read on and got to know her, did any other nicknames come to mind?

2. What was the effect of reading the novel through Teaspoon’s eyes? What do you think would have been lost if Teddy had done the narrating?

3. On page 58, Brenda tells Teaspoon “I think you’re about to learn that in this life, what we want to do is often the opposite of what we get to do.”  What does she mean by this?  What is Brenda not able to do?  What’s stopping her?

4. Early on, Teaspoon works very hard to let everyone know that Charlie is her neighbor, not her friend, even though she quite obviously has come to care about him a great deal.  By the end of the novel, Charlie is her brother in more ways than one.  Is there anyone in your life with whom you had a similar experience?

5. Do you agree with Teaspoon when she says, “It sure is amazing how badly you want to do good after you’ve done something bad” (p. 74)?

6. What do you think motivates women like Gloria Bloom to put on airs, judge others, and gossip?

7. When Mrs. Bloom asks Brenda if Les Paul and Mary Ford have been booked for the gala, Brenda hesitates for only a minute before answering that they had.  Why do you think she lied to her mother?  Why not just tell the truth and face the consequences?

8. According to Teaspoon, “a lot of things changed after Dumbo Doug ran Charlie over.  Mostly Brenda” (p. 183).  What do you think it was about Charlie’s accident, exactly, that caused this shift in Brenda?

9. At the end of Chapter Twenty-eight, Teaspoon tells Brenda that Johnny won’t be coming to the gala because he’s gone down south to work.  Based on Brenda’s next moves—telling Teaspoon she loves her just the way she is, etc.—would you say that this was the moment Brenda decided she couldn’t go on?  Or had she already made up her mind?

10. Teaspoon is presented with the difficult choice between staying with Teddy, who has always taken such good care of her, or hitting the road with Catty, who she idolizes.  What do you think was behind her decision?

11. Catty Marlene is a very complicated character.  But is she a bad mother?  Do you think her second departure from Mill Town signified a new maturity, or was it just another selfish act?

12. What do you think happens to Johnny, Brenda and Daniel in the future?  Brenda has become a teacher.  What do you see for Johnny, career-wise?

13. It’s amazing how certain people end up changing our lives so completely. Mrs. Carlton is responsible for Teaspoon having met Brenda.  In turn, Brenda is reponsible for many of the changes that occur in Teaspoon before the novel’s close.  Who are the Mrs. Carltons and Brendas in your life?

14. How do you think Teaspoon’s story would have been different if How High the Moon took place in the present day instead of 1955?

Learn More About How High the Moon
print
Back to Top