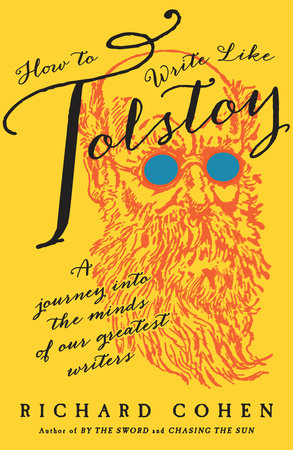 ‘I would greatly prefer to think of literature as a profession, an art, a science, or pretty much anything else, rather than a craft. What did craft ever try to say about the world, the human condition, or the search for meaning? All it had were its negative dictates: “Show, don’t tell”; “Murder your darlings”; “Omit needless words.” As if writing were a matter of overcoming bad habits—of omitting needless words.’

One other piece of advice, though: if an editor, or friend, makes a comment about something you have written and you strongly disagree, don’t dismiss the fact that something in what you have written disturbed them. Their suggestion may not be helpful, or the right one, but look again at the passage in question, just in case there is something there you can improve.

Start with the name. Many novelists can’t imagine their characters until they feel they have named them in a way that chimes in with their personalities. Anne Lamott’s Bird by Bird has the following general advice:

‘You may only know your characters’ externals instead of their essences. Don’t worry about it. More will be revealed over time. In the meantime, can you see what your people look like? What sort of first impression do they make? What does each one care most about, want more than anything in the world? What are their secrets? How do they move, how do they smell? Everyone is walking around as an advertisement for who he or she is—so who is this person? Show us. . . .

‘You also want to ask yourself how they stand, what they carry in their pockets or purses, what happens in their faces and to their posture when they are thinking, or bored, or afraid. Whom would they have voted for last time? Why should we care about them anyway? What would be the first thing they stopped doing if they found out they had six months to live? Would they start smoking again? Would they keep flossing?’

Well, in truth I try the idea out on my wife. She’s also my literary agent and best friend, and will always find the best way of letting me down if my idea is a truly bad one. But what is meant by ‘developing an idea’? It’s too broad a phrase. If one means a whole notion for a book, I advise writing the story down in the manner of a book blurb, no more than 250 words (about the amount of words a book salesman has to interest a customer). If a book project is still unclear, or doesn’t compel attraction within that wordage, something is amiss.

Hemingway is meant to have said, ‘I write drunk and revise sober,’ although some people say it was the other way round. Woody Allen takes lots of showers to get his creative juices going. Scott Fitzgerald used to strip off his clothes — completely — before writing. Gertrude Stein would get her companion to drive her into the countryside so she could gaze on the cows there before going back to her writing table.

I produced a school magazine whenI was twelve; and continued as the main schoolboy editor when I was at high school. But for years I though I was an editor of other peoples’ work, not someone who could produce his own books. In 1999 I left my job in British publishing; left Britain; and settled down in a new marriage, in New York. I tried to get a job as an editor at Knopf, but its MD, Sonny Mehta, said I should write a book about my main hobby of 45 years, fencing — so I went off and produced a 520-page book on swordplay over 3,000 years, and suddenly I was a writer.

I have no idea. I always forget advice. Maybe, remember to turn the lights off. Say Yes rather than No. Or, for writers, One can always revise more.

We all fall into hackneyed ways of writing. My current bugbear is people saying ‘incredible,’ when all they mean is ‘very.’ I recall revising a chapter so often that only on a last read-through did I realise I’d started seven consecutive paragraphs with the word ‘Then.’

So far I have published only non-fiction. I have started a novel, set in France in 1946, but my wife (see above) says I’m not allowed to write any more into it until I have finished my current commissioned book, titled ‘The History of Historians.’ But I think about the novel every single day.

Learn more about the book below:
Back to Top