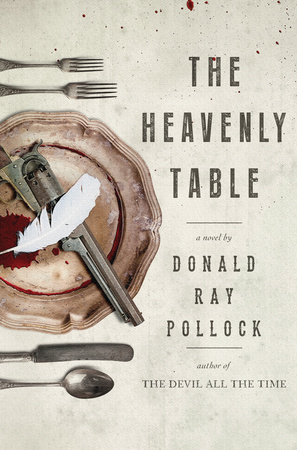 We know readers tend to be writers too, so we feature writing tips from our authors. Who better to offer advice, insight, and inspiration than the authors you admire? They’ll answer several questions about their work, share their go-to techniques and more. Now, get writing!  Is there something you do to get into a writing mood? Somewhere you go or something you do? Yes, I go to my “office” in the backyard, a former garden shed that I fixed up when we bought the house we’re living in now (unfortunately, I have a difficult time blocking out the world, so writing in a “public” place is impossible for me). There is no phone or internet, just a table and chair and some reference books along with a laptop and a typewriter. The first thing I do to get started is pour a cup of coffee from a thermos and light a cigarette. Believe me, I’ve tried, but I can’t do it any other way. What’s the best piece of advice you ever received? Learn to sit in the chair for a designated period of time, regardless of whether anything is “happening” or not. I think this is the main thing that defeats many aspiring writers, and it’s easy for me to see why.   There have been many, many days when I’d rather be doing anything else (it’s the only time when washing windows seems like a fantastic idea). But I almost always force myself to stay put because nothing will ever happen unless I’m sitting there to help make it happen.   It might be a little easier for me because I’m the type of person who does better at writing and everything else if I’m living on a schedule, but it’s still hard sometimes.  What writing techniques have you found most important? When I decided to learn how to write short stories, I didn’t know anything and I struggled for quite a while without making much progress. Then I read an interview with a writer who said she learned to write by copying out other people’s stuff. For some reason, that made sense to me, and I began typing out short stories by Hemingway, Cheever, Yates, Johnson, O’Connor, on and on. I did approximately one story a week for maybe 18 months and it got me so much “closer” to seeing how they did things like writing dialogue, making transitions, etc. It could be that it worked for me because I’m not a very good reader, but it definitely helped me start figuring some things out. On occasion, when I’m having a bad day, I will still type out a paragraph or two from somebody else. What are three or four books that influenced your writing, or had a profound effect on you? Blood Meridian by Cormac McCarthy is the best novel I’ve ever read. Unfortunately, reading it also makes me realize how worthless my own work is. Denis Johnson’s Jesus’ Son. I copied every story out of that book when I was starting out, and it helped push me toward the idea of developing, for lack of a better term, my own “voice.”   Also, Earl Thompson’s A Garden of Sand, which I came across when I was maybe sixteen and have never forgotten. I’ve mentioned it before in interviews as being the first book I ever read that contained characters similar to some of the people I grew up around.   Of course, you have to understand, my reading was somewhat limited in those days and I probably hadn’t even heard of people like Faulkner and O’Connor yet. Learn more about the book below:
Back to Top