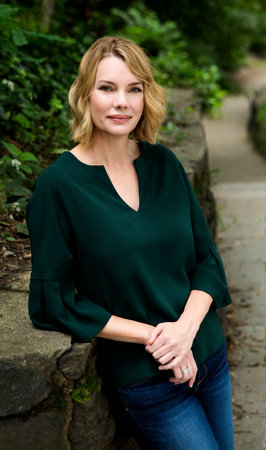 I love it when readers say to me, “After I finished your novel, I went straight to Google to figure out what was true and what was made up!” That’s exactly why historical fiction is my favorite genre: In a good story, I become immersed in a different time period with people I’d never meet otherwise, who are living through situations that are unimaginable today. After I’ve turned the last page, I’m eager to discover the nuggets of truth buried within the work of fiction. My fictional characters are built around the framework of historical fact. Once I have an idea for a setting for my book — The Doll- house is set in the Barbizon Hotel for Women and The Address takes place in the Dakota apartment house — I do a deep dive into the research of the time period (1950s for The Dollhouse and 1880s for The Address, although they both feature contemporary plotlines as well). I read everything I can from that era, including newspapers, magazines, fiction, and nonfiction. I also interview experts, like architectural historians who specialize in the Gilded Age, or women who lived in the Barbizon Hotel for Women in the ’50s and ’60s. That’s when the ideas start to pop. While researching The Dollhouse, I learned that when the Barbizon Hotel for Women was turned into luxury condos, a dozen or so long- time residents were moved into rent-controlled apartments on the same floor. Great set-up for a book, I thought. I read a harrowing newspaper article from the 1950s about the rising heroin epidemic, which was often blamed on bebop jazz musicians. What a great contrast to the rarified world of the hotel, with its guests in pearls and white gloves, right? So in my plot, I sent one of my characters downtown, where she got mixed up with some seedy characters. I used the same approach while working on The Address. I discovered that in the 1930s, a “lady managerette” ran the Dakota. That gave me the idea for one of my characters: a housekeeper named Sara Smythe who gets an unexpected promotion early in the novel. In general, the characters in my stories are all fictional. That gives me room to play around with them, get them into and out of trouble, and not feel constrained by a true historical figure. Exceptions do occur, though. Nelly Bly, a fabulous reporter from the 1880s, makes a quick appearance in The Address. As a former journalist, I couldn’t resist. And both buildings were touched by famous, tragic figures. Sylvia Plath stayed at the Barbizon Hotel in 1953 and wrote about it in The Bell Jar, and John Lennon was murdered outside the Dakota in 1980. In both those cases, I felt it was important to mention the association, but not linger there. For example, I set the modern-day timeline of The Address in 1985, when Strawberry Fields first opened, as a way to respectfully touch upon the tragedy without making it a major part of the story. A couple of times I’ve had to slightly fudge dates of real events in order to make the story work. When that happens, I mention it in the author’s note at the end, where I also list many of the resources I relied upon. My hope is that readers will continue on in their journey to learn more about the past, and enjoy it as much as I did.
Back to Top