AJ Jacobs, the author of The Puzzler, on the power of puzzles 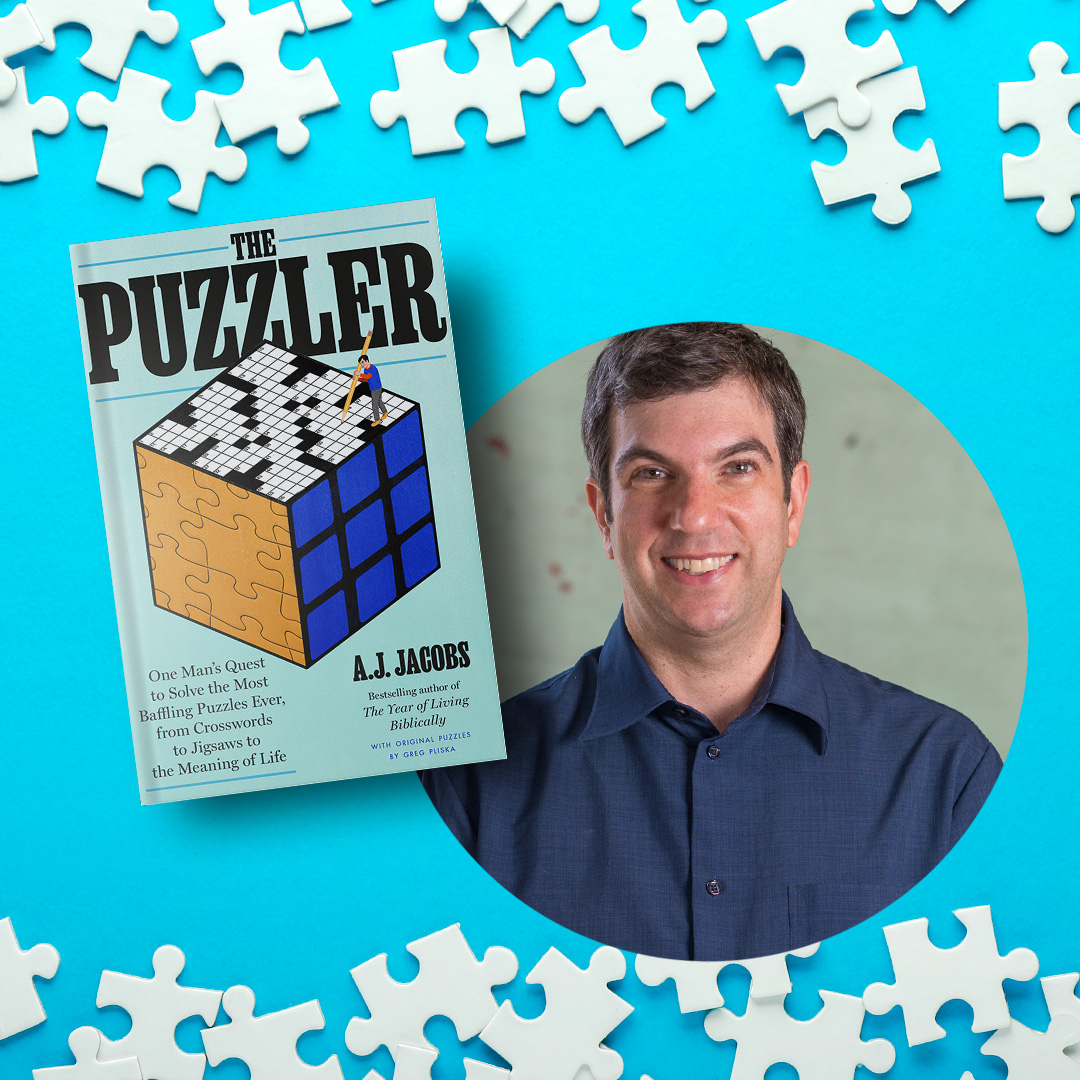 When I tell people I have a new book coming out about the joy and importance of puzzles, one of the first questions I’m usually asked is: Did you include Wordle?

Well, sort of. The Wordle craze exploded about two weeks after we finalized the last edits. But my editor Gillian and I decided we needed to do something. So, we opened the manuscript back up and inserted the word “Wordle.” Now, in the introduction to “The Puzzler,” it has the sentence: “At night, I do the crossword and Wordle.”

So there you go. I can now truthfully say that “The Puzzler” does mention Wordle, even if my coverage is not particularly in depth.

Wordle aside, my book dives into almost every other genre of puzzle: Crosswords, jigsaws, Rubik’s Cubes, riddles, math and logic, Sudoku, Japanese Puzzle boxes, and so on.

I wrote the book because I’m a lifelong puzzle obsessive. I figured I could spend a couple years doing puzzles and calling it research, which is not a bad deal. Second, I could see if there’s anything to my long-held hunch that puzzles are a force for good in the world. The answer is: Yes, puzzles help us be better thinkers – more creative, more persistent, even more compassionate. The little puzzles help us solve the big puzzles.

The book weaves together several strands, including

–My puzzling adventures around the globe – I visit the CIA to study a puzzle that has confounded CIA agents for decades, and I compete with my family as Team USA in the World Jigsaw Championships.

-The history of puzzles, such as the puzzle that helped us beat the Nazis: The Telegraph newspaper ran a crossword puzzle. Those who solved it in 12 minutes or less were encouraged to join the UK’s codebreaking efforts.

-The science of puzzles

–A hidden $10,000 contest! (No purchase necessary, rules at thepuzzlerbook.com)

–And, of course, puzzles. Lots and lots of puzzles, both historic and original.

PRH asked me to choose a handful of my favorite puzzles to print here. A hard task for sure, but here are three genres I love.

Crossword clues come in two main types: Trivia (e.g. the name of a river in Moldovia) and wordplay. I prefer wordplay. As does NYT crossword editor Will Shortz, who says his favorite clue ever is…

“It turns into a different story.”

The answer is two words, both starting with S.

Some of the more creative and (and delightfully frustrating) wordplay clues can be found in cryptics. This is a genre of crossword that is particularly popular in the UK, but is gaining traction in the US. They are all about homophones, rebuses, anagrams and other types of linguistic trickery.

For instance, this clue:

Similar clues (with solutions at the bottom of this article) include

(the answer is two words, each one is five letters)

(answer is one word, five letters)

You’ve no doubt run across these puzzles. They are the ones where you are given a mysterious situation – a man dead in a field and an unopened backpack, for instance — and you have to figure out what’s going on. Almost always, you have to be innovative and think outside the box (a cliché, by the way, that is derived from a puzzle. The original thinking outside the box was a puzzle of a square made up of nine dots, and you have to connect all dots with four straight lines. To do so, you have to draw outside the borders of the square).

There are tons of lateral thinking puzzles to choose from, but since I have twins, let me go with this one:

Two girls were born to the same mother, on the same day, at the same time, in the same month and year, and yet they’re not twins. How can this be?

I’ve always been a fan of absurdist humor and Kafkaesque situations, so I do have a weakness for puzzles without solutions.

Lewis Carroll gave a famous one in Alice in Wonderland. At the tea party, the Mad Hatter asks this riddle:

Turns out, the Mad Hatter had no answer. It was just nonsense. But this hasn’t stopped creative readers from making up answers, including “Poe wrote on both” and “They both involve quills”

Other impossible puzzles are not quite as intentional. Consider this visual puzzle that ran in the Baltimore Sun last year. 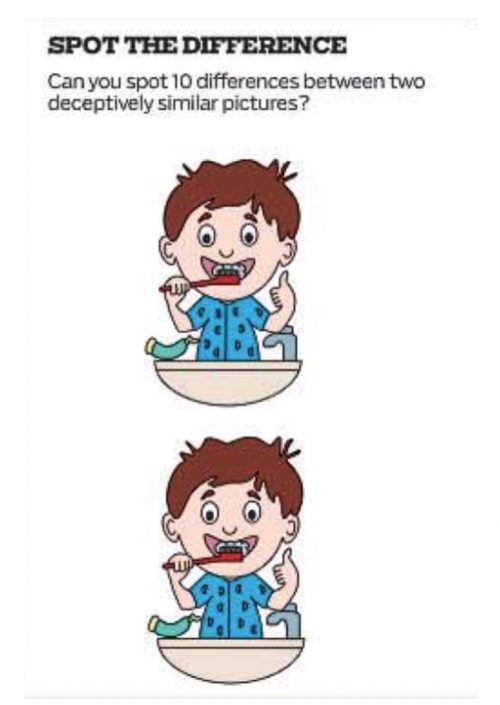 The next day the Sun had to run what could be my favorite newspaper correction ever:

The images in the “Spot the difference” feature in the Sunday, April 26, editions were mistakenly the same image and not in fact different. The Baltimore Sun regrets the error.

Can you imagine the hundreds of hours of human labor that went into looking for non-existent differences? It’s heartbreaking. But also, I sometimes think it’s a good metaphor for our often baffling world.

Even if you don’t love puzzles, my hope is you’ll like reading my book. Because I really do believe puzzles are not just trivial pursuits. They bind people together. There’s even some social science to back up the idea that puzzles are one of the best ways to bridge political divides. I even saw it with the above-mentioned Wordle. For a while, my twitter feed was filled with something other than the usual vitriol and uninformed opinion. It was filled with weird yellow and green rectangles.

I believe the world would be a better place if we all adopted the Puzzler Mindset. 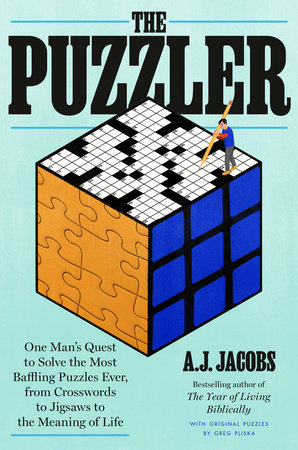 Add to Bookshelf
The Puzzler
By A.J. Jacobs
Hardcover $28.00
Also available from:
Buy 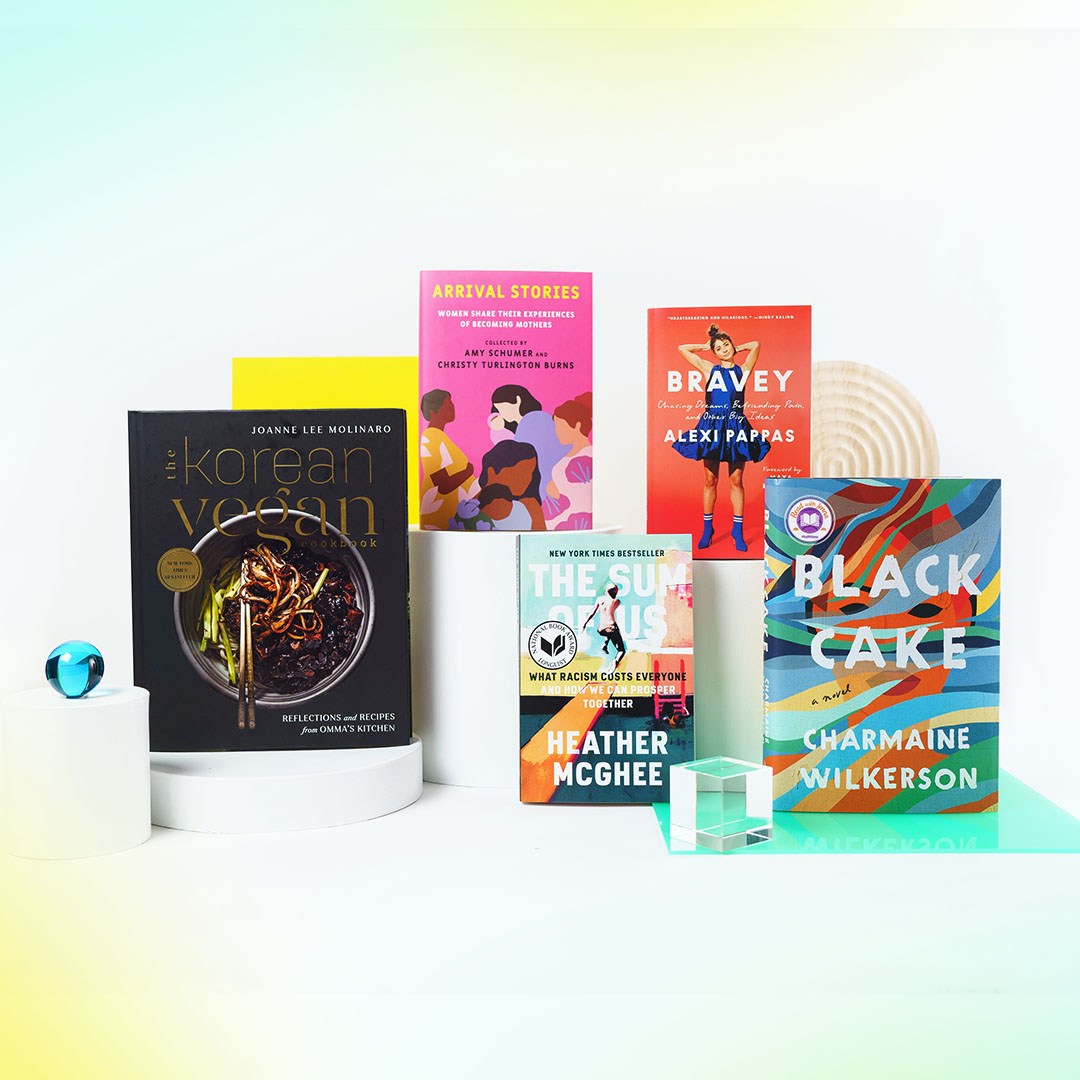 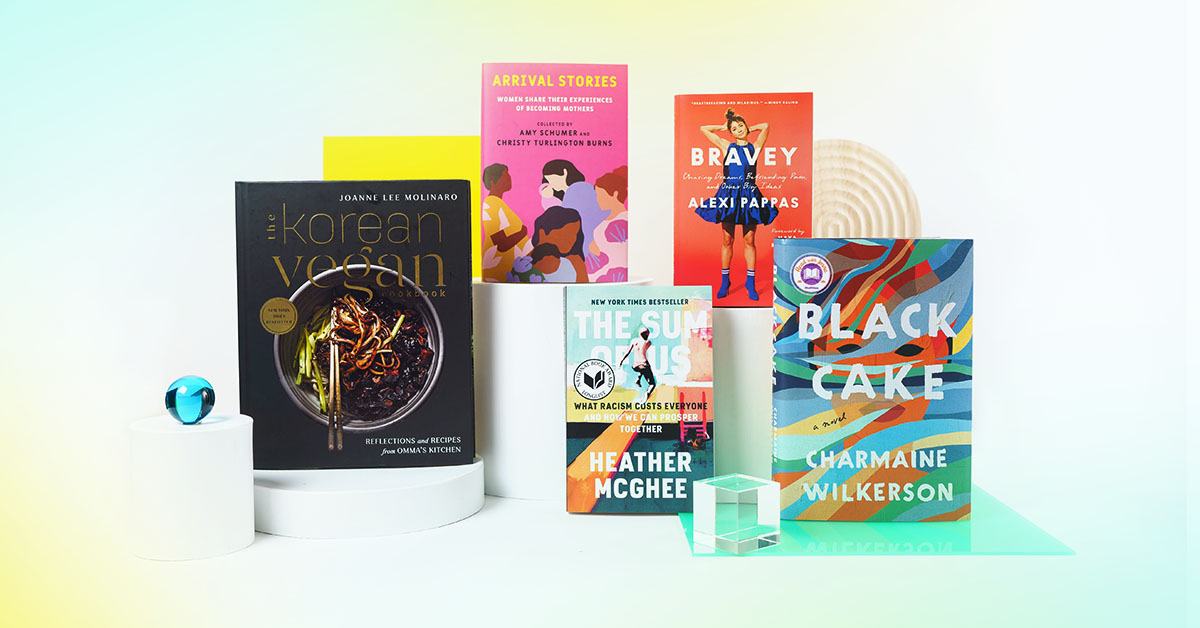 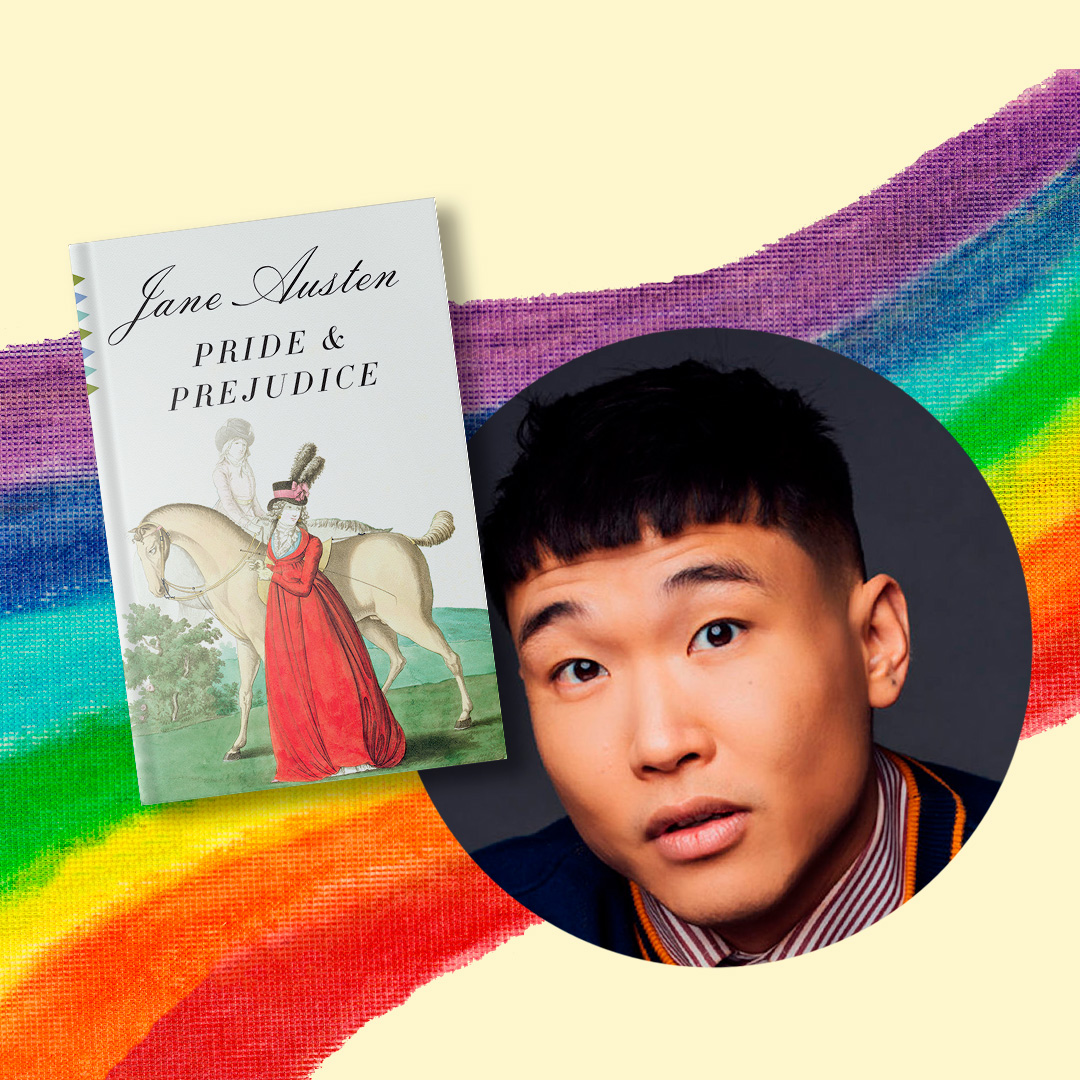 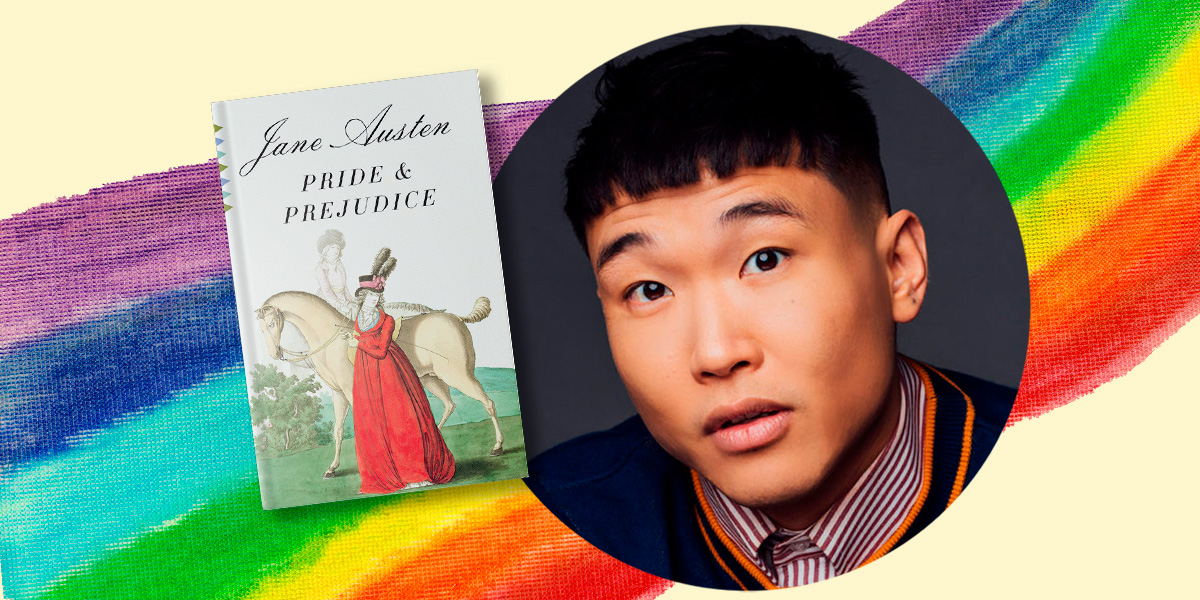 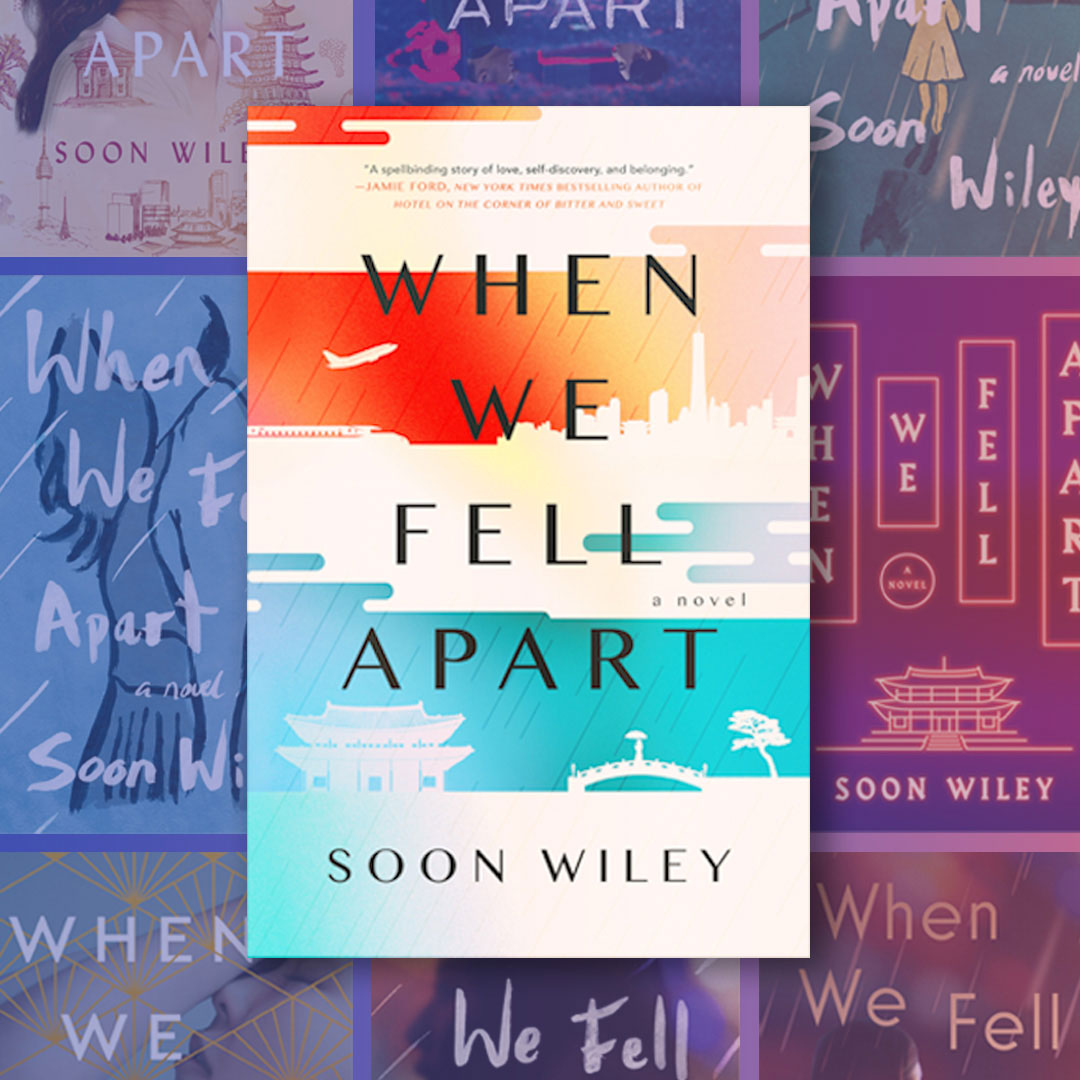 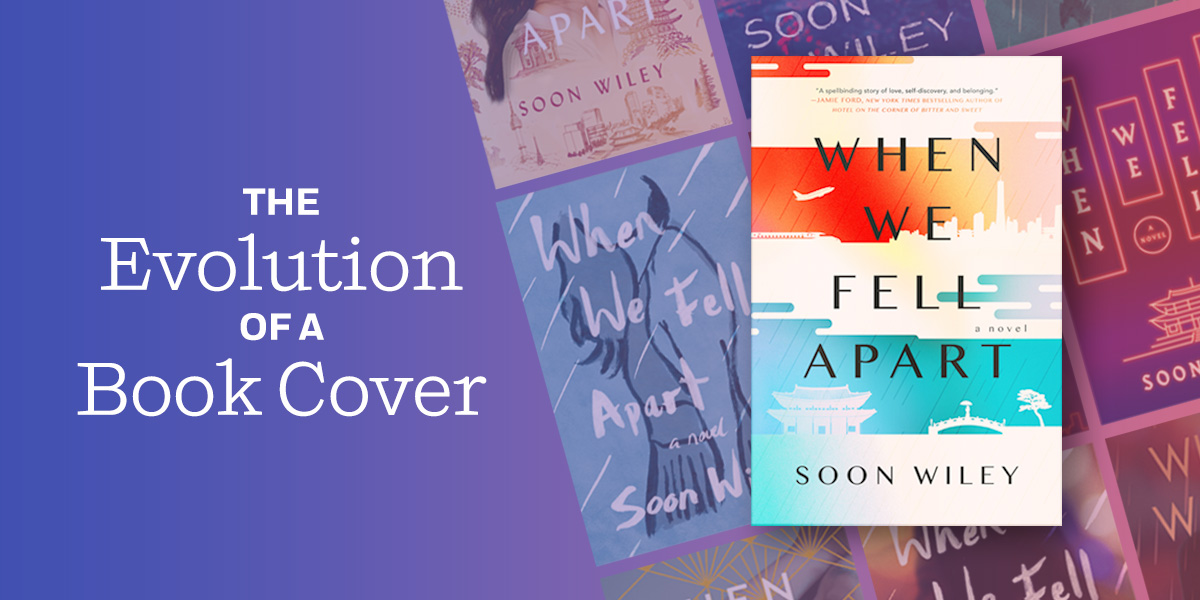 Features
The Evolution of a Book Cover: When We Fell Apart by Soon Wiley
Staff Picks
What Fareeda Bullert is Loving Right Now 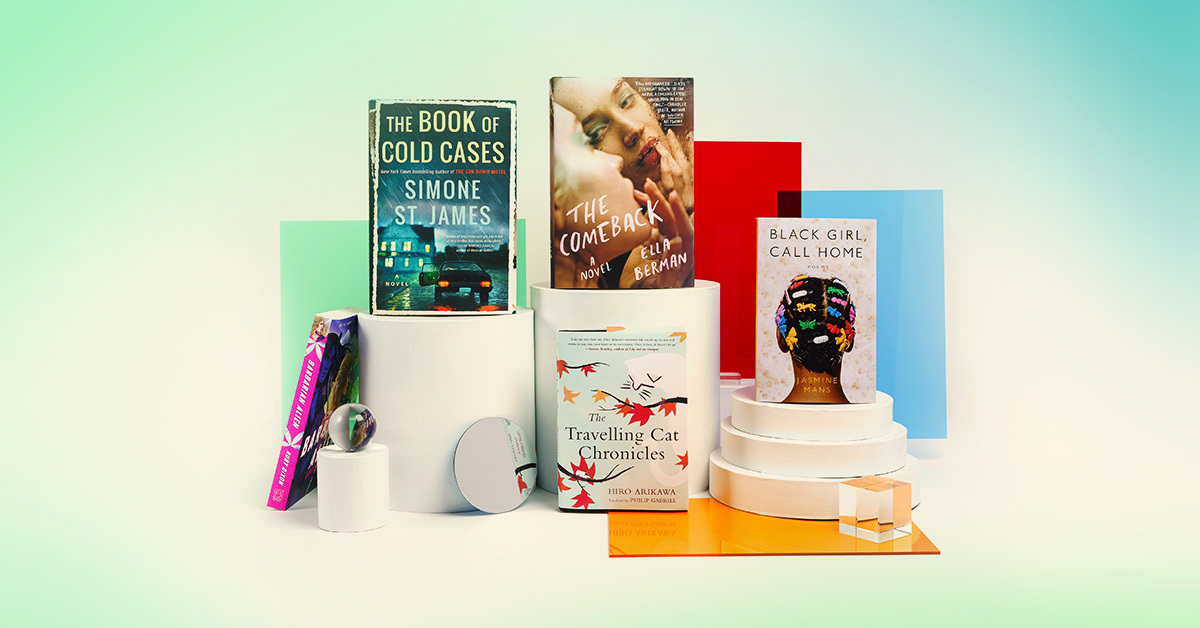 Excerpts
Prepare an Arab Feast with Reem Assil
Back to Top