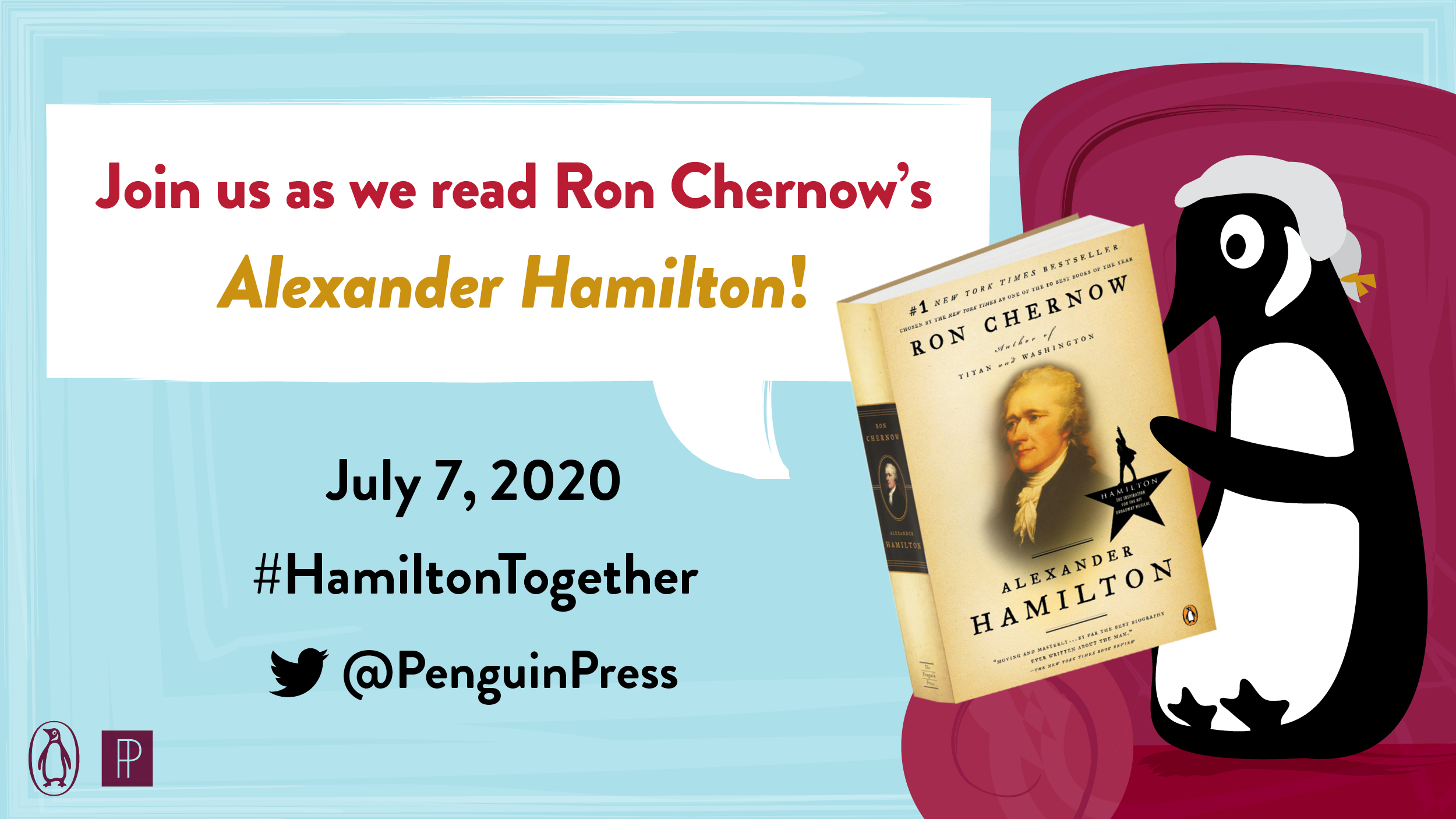 What better way to celebrate the premiere of Hamilton on Disney+ than to read the book that started it all: Alexander Hamilton by Ron Chernow.

On Tuesday, July 7th, Penguin Press will launch #HamiltonTogether: a two-month long read along of the book with daily discussions happening right on the Penguin Press Twitter. You can follow along every day or jump in whenever you want. See the reading calendar below.

Check out the official “Hamilton” trailer below, and watch the whole movie on Disney+ starting July 3. 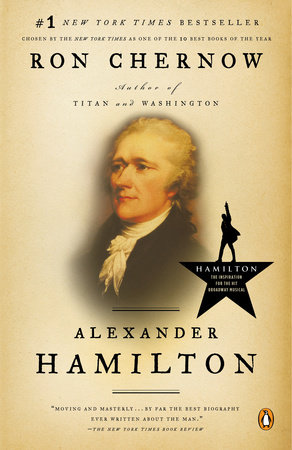 “In the early 1850s, few pedestrians strolling past…” – “…that later appealed to Alexander Hamilton.”

“Even in the languorous tropics…” – “…seem almost blessedly inevitable.”

“Alexander Hamilton never needed to worry…” – “…of the Sons of Liberty.”

“It is worth remarking that…” – “…true-blue revolutionary.”

“He saw too clearly that greater freedom…” – “…ringing in his ears.”

“Hamilton already showed a solid grasp…” – “…in a just equilibrium.”

“Hamilton was especially attentive…” – “…had a point after all.”

“The American Revolution unfolded…” – “…except you and Meade. Adieu A. Hamilton.”

“Throughout his career…” – …”attempts to drive them apart.”

“For a month after their feud…” – “…had an autobiographical ring?”

“With the British still clinging…” – “…execute their views.”

“Aghast at the “weak and disgusting” behavior…” – “…patriotism made for an inflammatory mix.”

“(The emphasis on Hamilton’s size…” – “…cooled off and consented.”

“No matter how hard he tried…” – “…and piercing insights.”

“At this stage, Madison often sounded…” – “…the quest for liberty.”

“In the commencement of a revolution…” – “…European nobility.”

“Hamilton divested himself…” – “give the federal government.”

“If the treasury secretary…” – “…must have been dominated by his shred mentor.”

“‘Mr. Madison had always entertained…” – “…inquired about her in solicitous, protective tones.”

“He seldom mentioned his work…” – “…into a bank than into a house of ill fame.””

August 1 – Pages 350-364
“Hamilton wanted the new bank in Philadelphia.” – “…other than pecuniary consolation would be acceptable.”

August 9 – Pages 462-475
“Hamilton wanted compensation for American vessels…” – “…he had usually headed in the Revolution.”

August 10 – Pages 476-489
“The soldiers marched west along muddy roads in soaking rain.” – “…to expose himself to street hecklers.”

August 18 – Pages 588-602
“The Federalists had dozed right through this deception…” – “…whom he held responsible for this inglorious end.”

August 22 – Pages 644-656
“’The remainder of the children were well yesterday.’” – “Some new, impenetrable darkness had engulfed his mind.”

August 26 – Pages 700-713
“He made up a story that his four-year-old sister…” – “…Hamilton would certainly have left voluminous and convincing memoirs.” 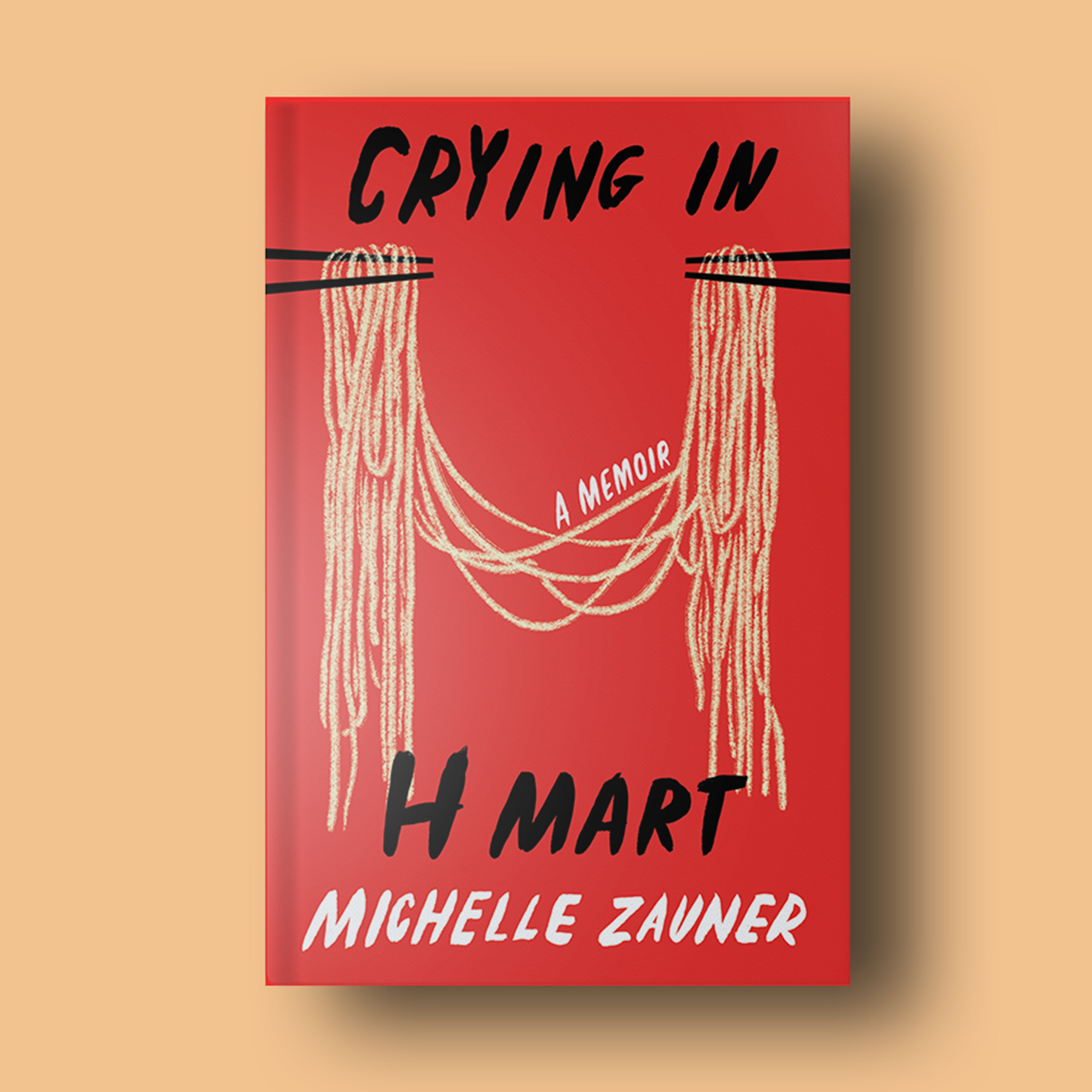 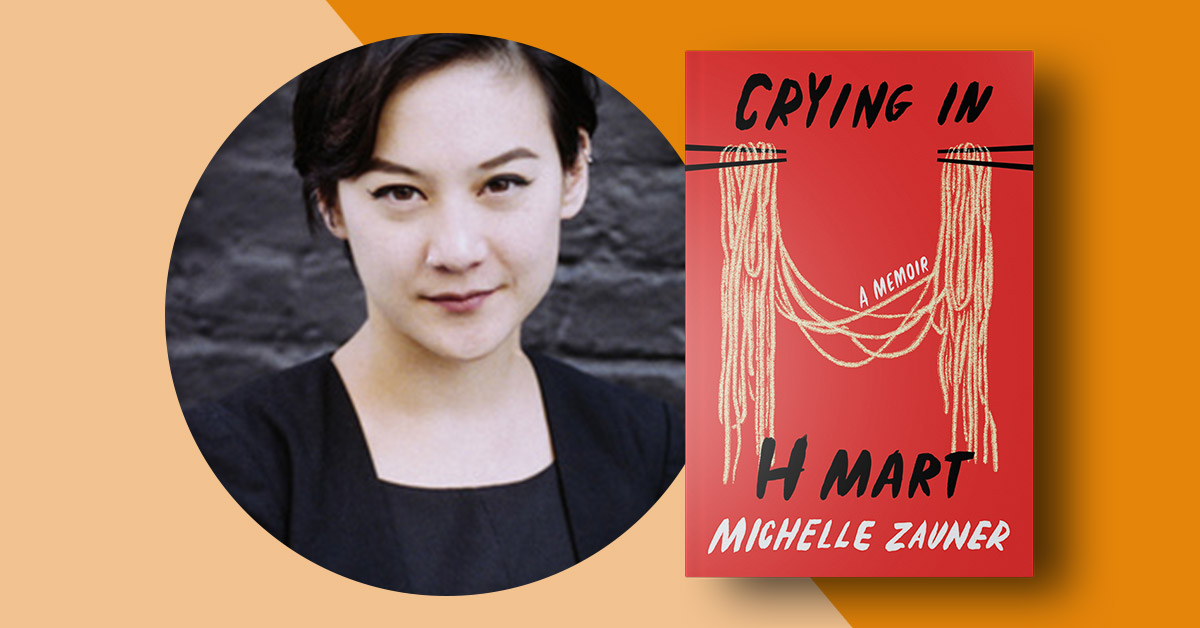 Excerpts
An Excerpt From For the People 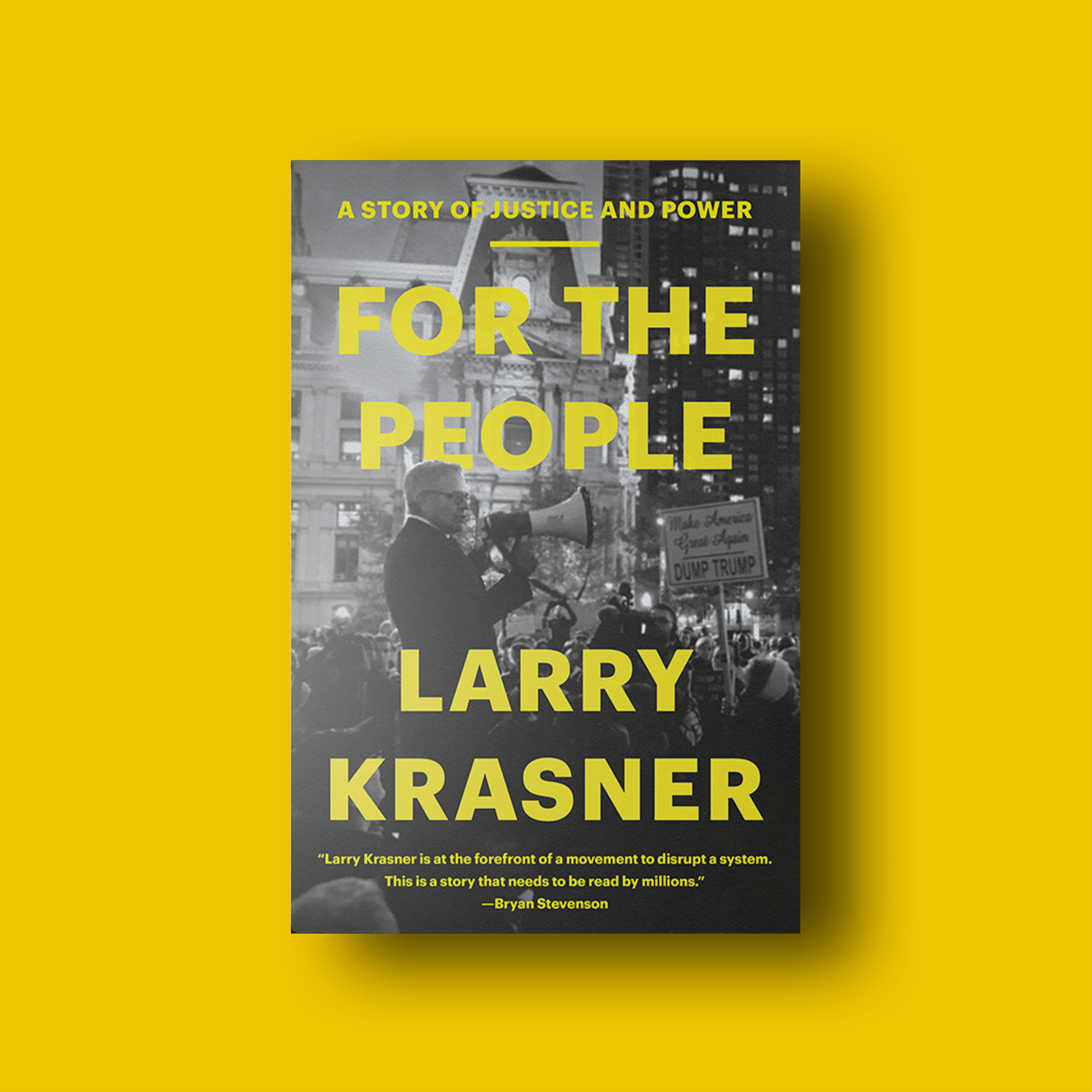 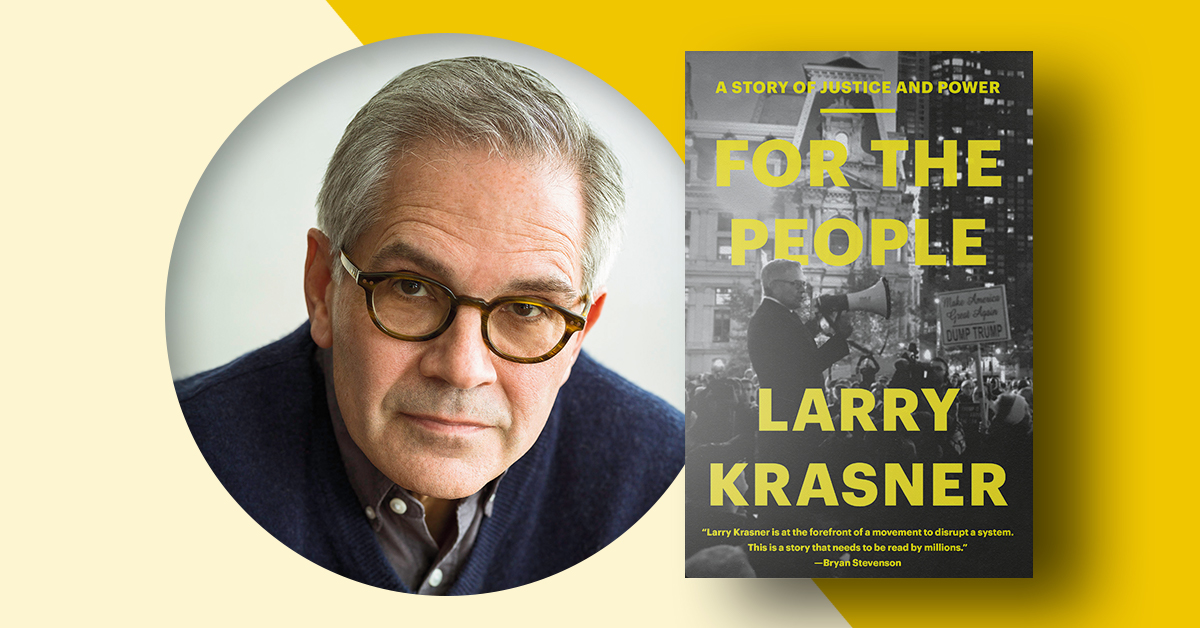 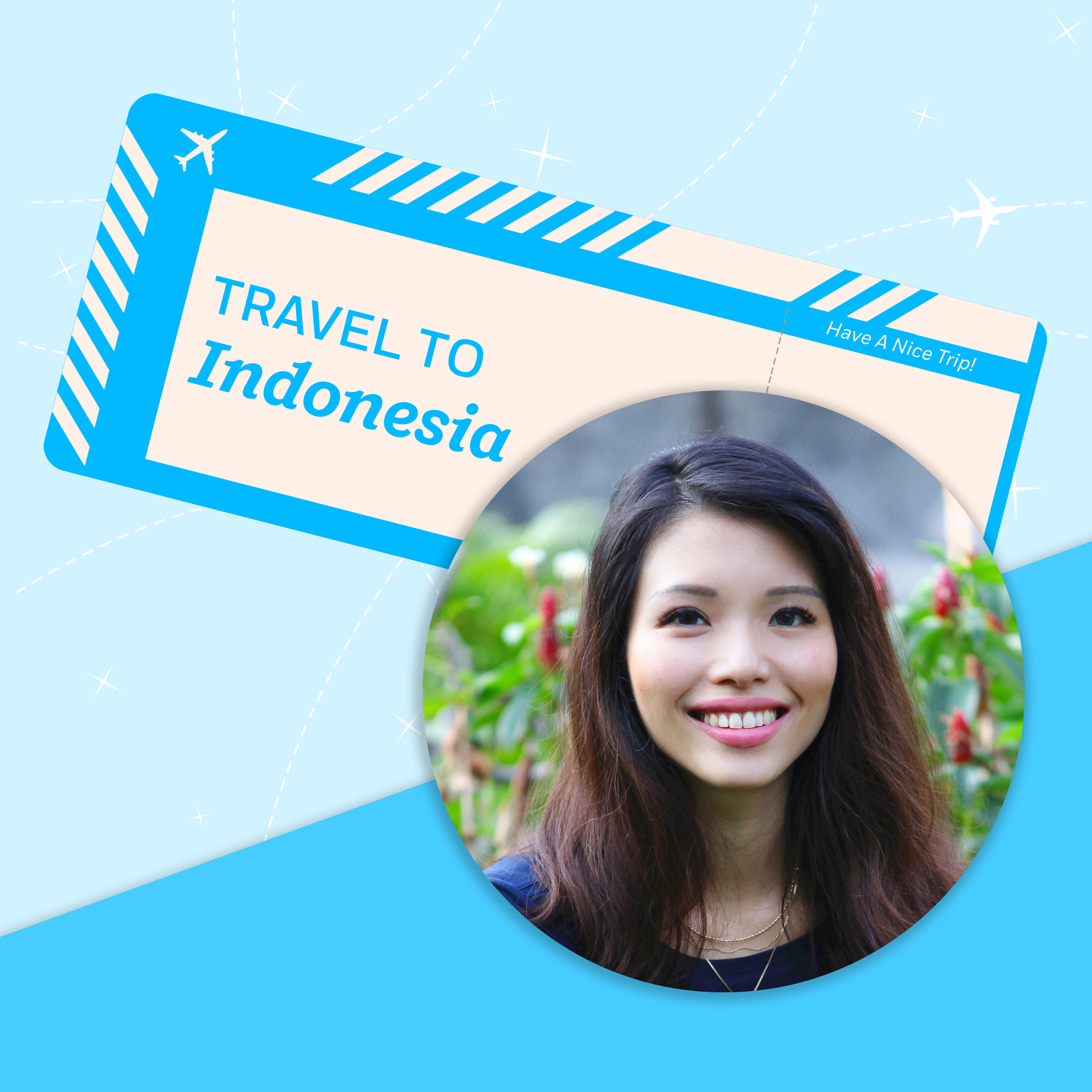 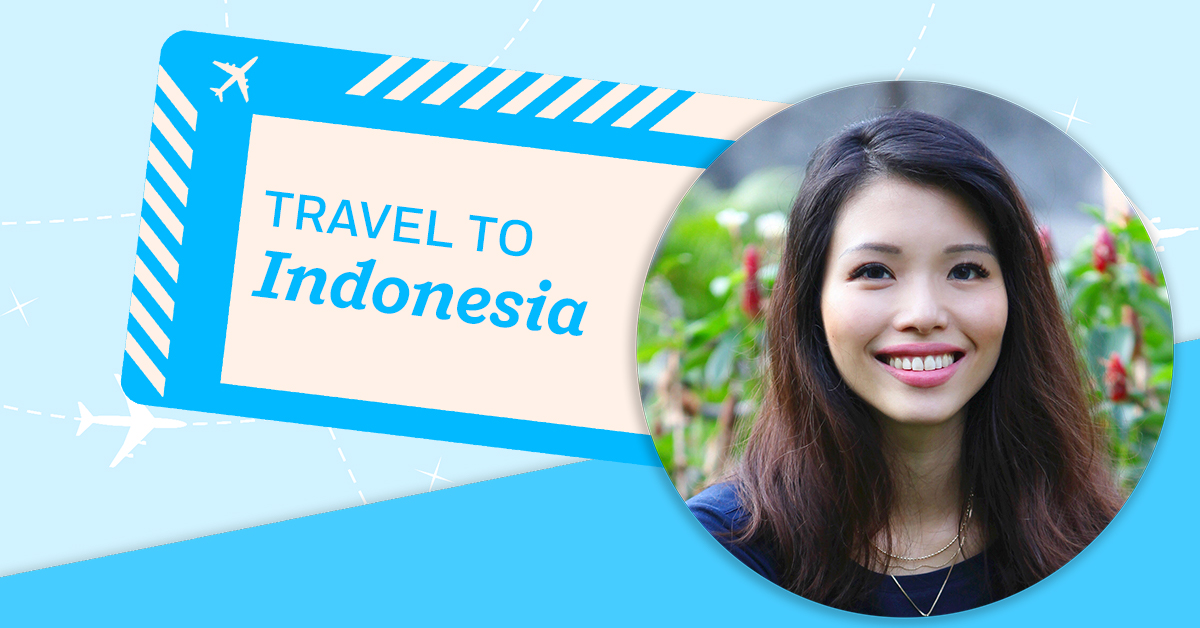 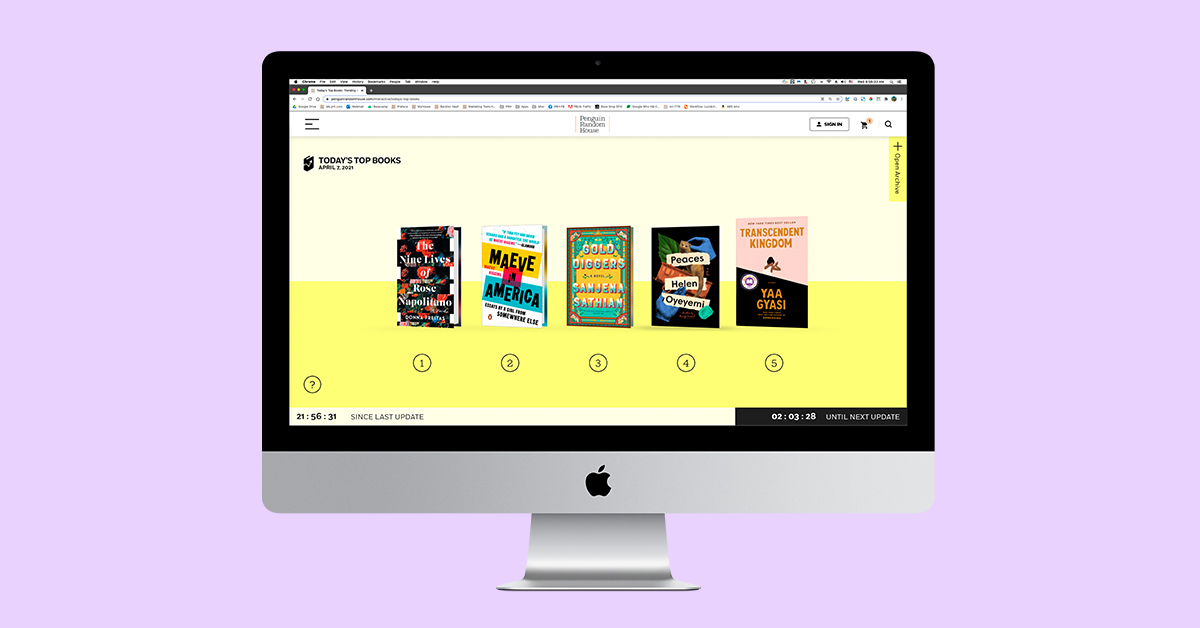 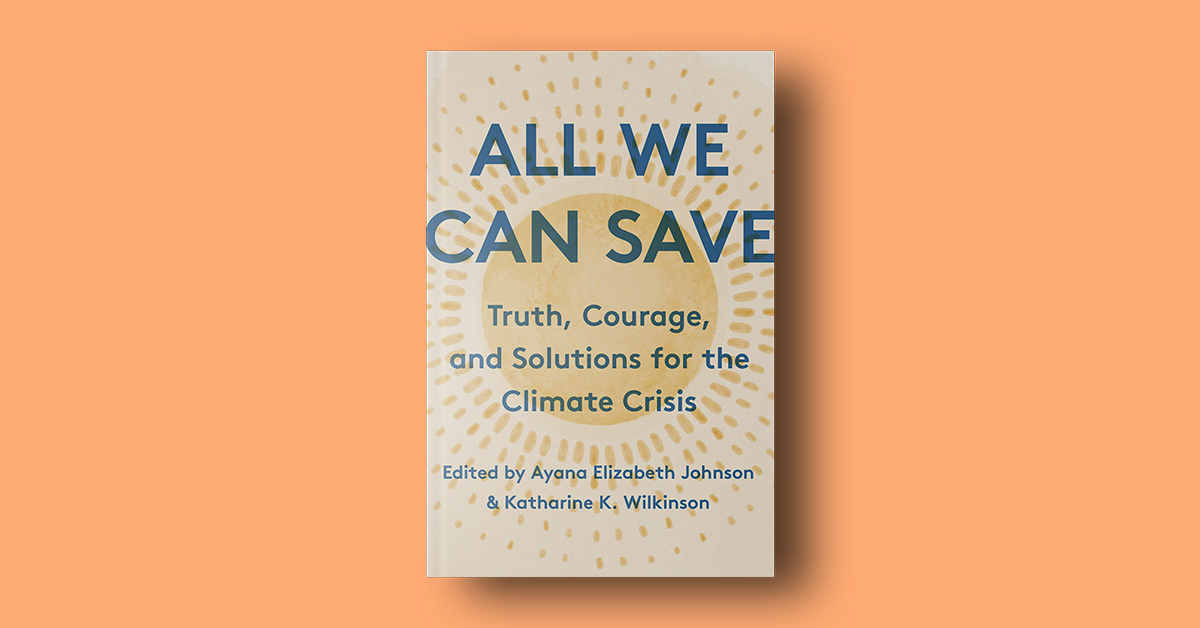