An Excerpt from Sea of Tranquility

A novel by Emily St. John Mandel of art, time, love, and plague, unfurling a story of humanity across centuries and space. 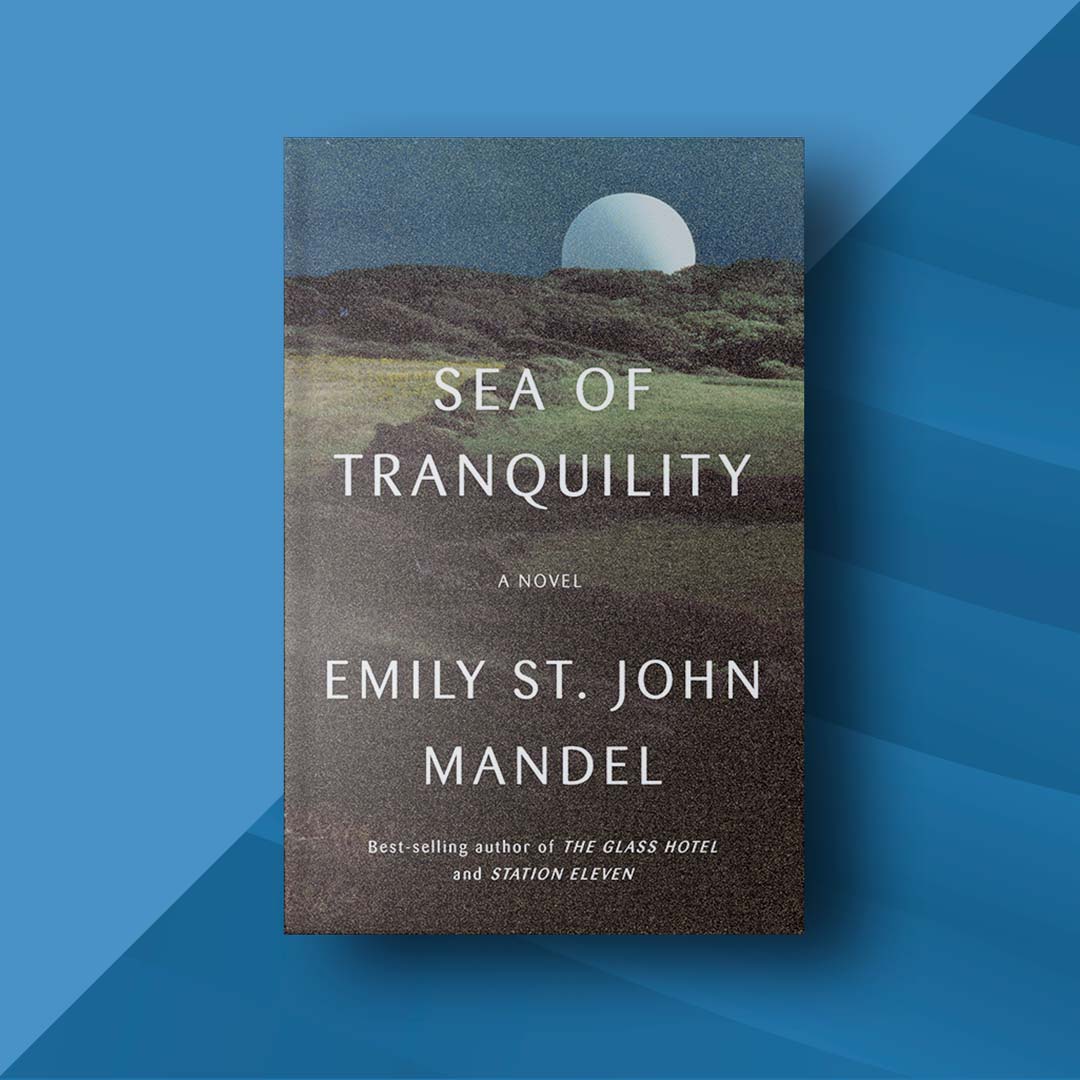 Edwin St. Andrew crosses the Atlantic by steamship, exiled from polite society following an ill-conceived diatribe at a dinner party. He enters the forest, spellbound by the beauty of the Canadian wilderness. Two centuries later a famous writer named Olive Llewellyn is on a book tour. She’s traveling all over Earth, but her home is the second moon colony, a place of white stone, spired towers, and artificial beauty. When Gaspery-Jacques Roberts, a detective in the black-skied Night City, is hired to investigate an anomaly in the North American wilderness, he uncovers a series of lives upended. A virtuoso performance that is as human and tender as it is intellectually playful, Sea of Tranquility is a novel of time travel and metaphysics that precisely captures the reality of our current moment.

No star burns forever. You can say “it’s the end of the world” and mean it, but what gets lost in that kind of careless usage is that the world will eventually literally end. Not “civilization,” whatever that is, but the actual planet.

Which is not to say that those smaller endings aren’t annihilating. A year before I began my training at the Time Institute, I went to a dinner party at my friend Ephrem’s place. He was just back from a vacation on Earth, and he had a story about going on a walk in a cemetery with his daughter, Meiying, who was four at the time. Ephrem was an arborist. He liked to go to old cemeteries to look at the trees. But then they found the grave of another four-year-old girl, Ephrem told me, and he just wanted to leave after that. He was used to graveyards, he sought them out, he’d always said he didn’t find them depressing, just peaceful, but that one grave just got to him. He looked at it and was unbearably sad. Also it was the worst kind of Earth summer day, impossibly humid, and he felt like he couldn’t get enough air. The drone of the cicadas was oppressive. Sweat ran down his back. He told his daughter it was time to go, but she lingered by the gravestone for a moment.

“If her parents loved her,” Meiying said, “it would have felt like the end of the world.”

It was such an eerily astute observation, Ephrem told me, that he stood there staring at her and found himself thinking, Where did you come from? They got out of the cemetery with di!culty—“She had to stop and inspect every goddamn flower and pinecone,” he said—and never went back.

Those are the worlds that end in our day-to-day lives, these stopped children, these annihilating losses, but at the end of Earth there will be actual, literal annihilation, hence the colonies. The first colony on the moon was intended as a prototype, a practice run for establishing a presence in other solar systems in the coming centuries. “Because we’ll have to,” the president of China said, at the press conference where construction on the first colony was announced, “eventually, whether we want to or not, unless we want all of human history and achievement to get sucked into a supernova a few million years down the line.”

I watched footage of that press conference in my sister Zoey’s o!ce, three hundred years after the fact. The president behind the lectern with her o!cials arrayed around her, a crowd of reporters below the stage. One of them raised his hand: “Are we sure it’s going to be a supernova?”

“Of course not,” the president said. “It could be anything. Rogue planet, asteroid storm, you name it. The point is that we’re orbiting a star, and all stars eventually die.”

“But if the star dies,” I said to Zoey, “obviously the Earth’s moon goes with it.”

“Sure,” she said, “but we’re just the prototype, Gaspery. We’re just proof of concept. The Far Colonies have been populated for a hundred and eighty years.” 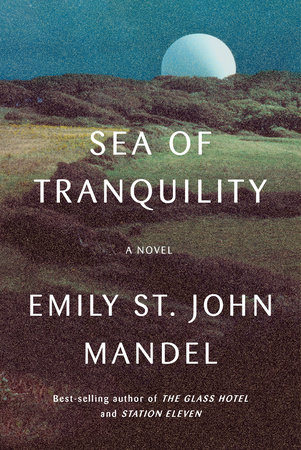 The first moon colony was built on the silent flatlands of the Sea of Tranquility, near where the Apollo 11 astronauts had landed in a long-ago century. Their flag was still there, in the distance, a fragile little statue on the windless surface.

There was substantial interest in immigration to the colony. Earth was so crowded by then, and such swaths of it had been rendered uninhabitable by flooding or heat. The colony’s architects had set aside space for substantial residential development, which sold out quickly. The developers lobbied successfully for a second colony when they ran out of space in Colony One. But Colony Two was built a little too hastily, and within a century the lighting system on the main dome had failed. The lighting system was meant to mimic the appearance of the sky as viewed from Earth—it was nice to look up and see blue, as opposed to looking up into the void—and when it failed there was no more false atmosphere, no more shifting pixelations to give the impression of clouds, no more carefully calibrated preprogrammed sunrises and sunsets, no more blue. Which is not to suggest that there wasn’t light, but that light was extremely unearthlike: on a bright day, the colonists looked up into space. The juxtaposition of utter darkness with bright light made some people dizzy, although whether this was physical or psychological was up for debate. More seriously, the failure of the dome lighting removed the illusion of the twenty-four-hour day. Now the sun rose rapidly and spent two weeks crossing the sky, after which there were two straight weeks of night.

The cost of repair was deemed prohibitive. There was a degree of adaptation—bedroom windows were outfitted with shutters, so people could sleep during the nights when the sun was out, and street lighting was improved for the days without sunlight— but property values declined, and most people who could a!ord it moved to Colony One or the recently completed Colony Three. “Colony Two” drifted out of common parlance; everyone called it the Night City. It was the place where the sky was always black.

I grew up in the Night City. My walk to school took me past the childhood home of Olive Llewellyn, an author who’d walked those same streets two hundred years ago, not too far out from the moon’s first settlers. It was a little house on a treelined street, and I could tell that it had been pretty once, but the neighborhood had gone downhill since Olive Llewellyn had been a child there. The house was a wreck now, half the windows covered up and gra”ti everywhere, but the plaque by the front door remained. I paid the house no attention, until my mother told me she’d named me after a peripheral character in Marienbad, Llewellyn’s most famous book. I didn’t read the book—I didn’t like books—but my sister Zoey did and reported back: the Gaspery-Jacques in the book wasn’t anything like me.

I decided not to ask her what she meant. I was eleven when she read it, which would have made her thirteen or fourteen. By then she was already a serious, driven kind of person who was obviously going to excel at everything she attempted, whereas by eleven I already had the first suspicions that I might not be exactly the kind of person I wanted to be, and it would be awful if she were to tell me that the other Gaspery-Jacques were, say, a strikingly handsome and generally impressive person who was extremely focused on his schoolwork and never committed petty theft. But nonetheless I began to secretly regard Olive Llewellyn’s childhood home with a degree of respect. I felt connected to it.