An Excerpt of The Force of Such Beauty

Immerse yourself in this propulsive drama about a modern-day princess desperate to escape her fairytale life. 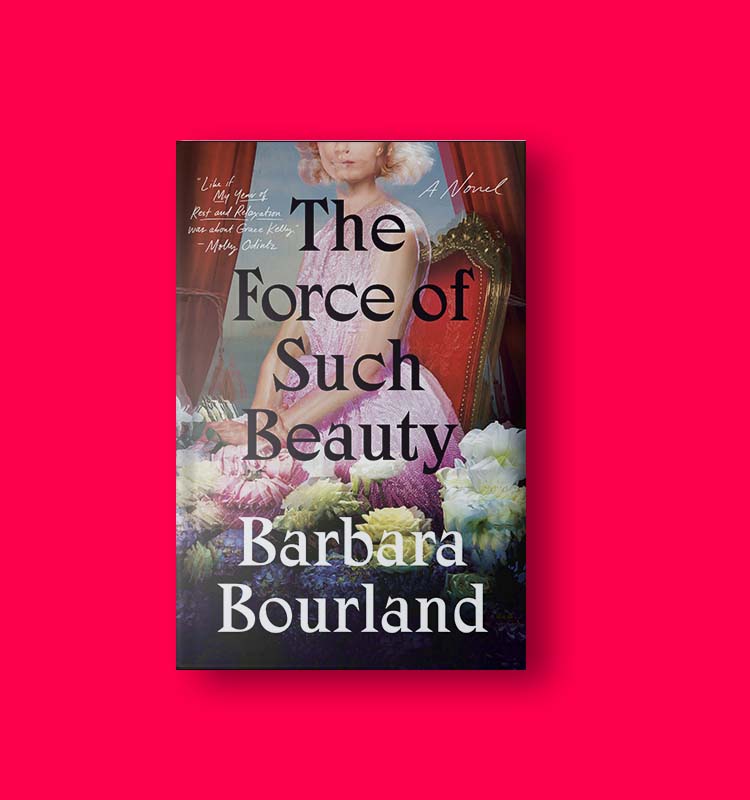 The last time they caught me at the airport, I panicked.

The decision I’d made an hour earlier, to drive straight there like any regular woman and buy a ticket, was more than reckless; it was unequivocally selfish. In my defense it happened in a moment so op­portune that I can still taste it on the sides of my tongue. How was I supposed to resist?

The service were drinking, their collars loose, cigarettes and play­ing cards between their fingers. I knew where Marie kept the keys to her rusted Peugeot. She was vacuuming upstairs. Everybody thought I was passed out for the night. It was so easy. Really—I almost did it just to see if I could. Is that a good enough explanation? As I was tying my scarf, a gift from his mother, the one with the interlocking Fs, over my prickling scalp—and the plastic of my sunglasses was cold against the tops of my ears—the hem of my car coat scratched my legs—sweat dripped into my underwear—it was a moment of, there’s no other word for it, possession. I was possessed. I was Sleeping Beauty moving toward the spinning wheel, eyes dilated, holding my breath; I was Linda Blair in a nightgown screaming on the M Street steps. I was every woman who had ever seen a way out, and I grabbed at the moment so desper­ately that I left my children behind.

I wedged a manila folder into the bottom of my handbag and made it through four courtyards to Marie’s car, parked on gravel, near the stables. I shifted it into gear, feet working the pedals from memory, left hand skimming the door until I found the plastic handle, rolling the window down. I pulled out of the inner driveway, punched in the code at the iron gate—it was agony, watching it open, so slowly, on its own time, doing what its motor always did—and with an inch to spare, I ripped out onto the road, barreling hard on first gear until the engine whined. I found the sweet spot in the clutch and shifted again. The little Peugeot jerked into second, and then third.

A grin stretched across my face.

Fifteen minutes later I was on the coast road, cutting a diesel streak to the commercial airport. Or rather, I hoped I was, because I hadn’t driven a car in years. It was west, I thought, and so I drove west. When I spotted a sign reading Aeroporto, I jerked the wheel and followed it.

It took forty-five minutes to get there. I kept the window down the whole time.

Wind blew against my veneers; wet beads of mascara dripped into the hollows below my eyes. My bare legs splayed out beneath my coat. The four remaining hairs on my knee, the ones that refused to submit to the laser, were long, from weeks of growth. I yanked one out—I re­member that. But mostly I remember the air: sputtering diesel; the sweet-sour scent of Marie’s car from her gardenia perfume and men­thol cigarettes, fat Italian ones that she hoarded (how long had it been since I had discovered the smell of something as personal as someone’s else’s uncleaned house or car? years! years!); and the damp, salty smack of the ocean.

I don’t recall much else, besides a vague awareness of the fact that as I drove the sun went down and the headlights had to be turned on. I don’t know if there was traffic; I don’t think there was. I simply drove along the road with everyone else, another animal in the pack, heading northwest. And then I was turning into the parking lot, taking a ticket; pulling onto the ramp; nosing the dirty bumper into a space. I do re­member wanting the parking job to look really nice and even. I didn’t want Marie to be worried about her car, or to feel mistreated.

I tucked her keys into the visor and headed for the terminal, passing through the airlock of automatic doors into the cold embrace of the airport. It was the physical embodiment of white noise, a place de­signed to move you along. In bejeweled lilac mules, I fell into step be­hind a family. My coat was a blue cotton rimmed with white piping, lined in pine- colored silk. The scarf was still knotted very tightly around my head, though my wig was falling off in the back. My sun­glasses, cream with olive lenses, took up half my face. Naturally, no one else was dressed like this. They had on zip-away cargo pants and money belts and leggings. 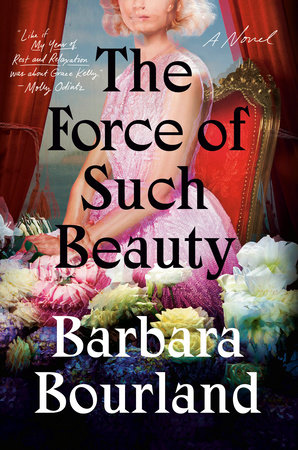 Add to Bookshelf
The Force of Such Beauty
By Barbara Bourland
Hardcover $27.00
Also available from:
Buy

I made it halfway to the counter before they shouted my name.

With that, my caper was over. The world went from black-and-white—an adventure of my own making—right back to smooth-motion, full-color, high-definition hell.

The sound of my name, my name.

I turned right and walked my corpse to the nearest desk. Stared blankly at the logo, a tinny noise ringing in my ears, like there had been an explosion—and there had, I had died, it was the sound of my death—while the desk agent, a polite young woman with thick eyeliner and a patterned hijab, stared back at me.

“Your Serene Highness,” she said, “it is a pleasure to serve you today.”

Excerpted from The Force of Such Beauty by Barbara Bourland. Copyright © 2022 by Dutton All rights reserved. No part of this excerpt may be reproduced or reprinted without permission in writing from the publisher.