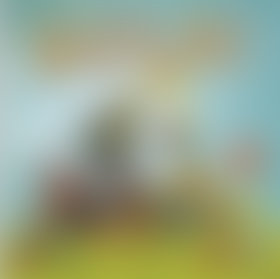 Chris Sickels is the creative force behind the award-winning Red Nose Studio. He has illustrated countless picture books, including Jonah Winter’s Elvis Is King! which received two starred reviews, as well as Shana Corey’s The Secret Subway, which received three starred reviews and was selected as an Amazon Best Children’s Book of the Year. The New York Times called Here Comes the Garbage Barge a “glorious visual treat” and awarded it the Best Illustrated Book Award. Chris builds his 3-D illustrations with wire, fabric, wood, found objects, and more. His work has appeared in the New York Times and the Wall Street Journal and as a poster for the NYC subway. He has been awarded three gold medals and one silver by the Society of Illustrators. Visit him at rednosestudio.com or on social at @rednosestudio.

The Beginner’s Guide to Running Away from Home