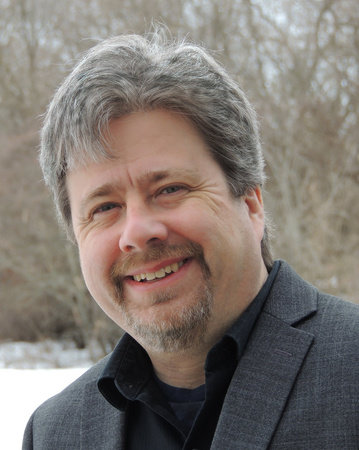 John Jackson Miller is the New York Times bestselling author of Star Wars: Kenobi, Star Wars: A New Dawn, Star Wars: Lost Tribe of the Sith, and the Star Wars Legends: The Old Republic graphic novel collections from Marvel, among many other novels and comics. A comics industry analyst, he lives in Wisconsin with his wife, their two children, and far too many comic books.

The Rise of the Empire: Star Wars

John Jackson Miller has made a thriving career for himself as one of Star Wars fandom’s favorite novelists and comic book writers, but it didn’t happen over night. In this short interview recorded at NYCC 2017, we discuss how he got his start, and also get the scoop on some of his newest projects. Among the latter are contributions to Star Wars: From a Certain Point of View, an anthology of stories recounting the events of A New Hope from the perspectives of the film’s minor characters, and Star Wars: Canto Bight, a collection of novellas set in a casino city featured in Star Wars: The Last Jedi.

John Jackson Miller: Well, immediately, I have a story in Star Wars: From a Certain Point of View,  a 40th anniversary  anthology that has short stories that tie into the original Star Wars movie: A New Hope. My story is called “Rites.” It features the return of a character that appeared in my novel Star Wars: Kenobi.

PRH: That could be one of several. Which one?

JJM: I’m actually writing about the Sand People: the Tusken Raiders. Of course, I have a lot of them in that story, but this is one in particular that everyone has been asking about. I’ve got another book on the horizon, too: Star Wars: Canto Bight.

PRH: I don’t want to spoil any surprises for our readers, but what can you tell us about Canto Bight?

JJM: It is a hardcover and also audiobook coming out December 5. It is an anthology of four novellas. The others are by Saladin Ahmed, Rae Carson, Mira Grant. All of them are writing Star Wars fiction in the long-form for the first time. What we’re doing is telling stories about Canto Bight, which is sort of a Monte Carlo-type city we see in Star Wars: The Last Jedi. When the movie comes out the week following, people will see a lot of the characters we are writing about. We can’t say a whole lot about it in advance. In my story I have an inveterate gambler who is on the scientific side of things: He’s very methodical in his approach and his systems. He finds everything he understands about the universe upended by these characters we refer to as the Lucky Three. They have a kind of luck, or ability, that seems to defy anything he knows. This bings up a common trope in Star Wars: the division between a hokey old religion and the blaster at your side. Should you trust the computer or trust the Force? Which is the right thing to do when you’re actually in a casino? I’m a person who has certainly played a lot of cards and other things in my day, and it is the case that the casino, for whatever reason, seems to be the one place where, regardless of your statistical bet, people tend to trust the Force — perhaps more than they should. Our stories are fun rides.

PRH: Off the topic of Star Wars for a minute, I understand that you went to high school with Chris Hardwick. Both of you made good as geeks. Got any advice for other people who want to go pro?

JJM: I don’t know if they could have gone to a high school like mine. It was an interesting place. Chris and I used to play chess in the chess club together. What I would say is don’t throw anything away. Keep everything together. I was the guy who inherited everyone’s role-playing game stuff, video games, and comic books once they got done with it. I kept all of that stuff with the purpose of learning more about them and continuing to get into these things. Now, I’m able to do them myself.

JJM: I have more Star Wars comics coming from IDW, the Star Wars Adventures line, that’s the kids’ comics, and I’m looking forward to continuing to do things in the Galaxy Far, Far Away.