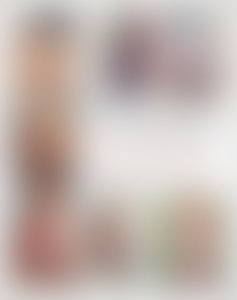 George W. Bush is the 43rd President of the United States, serving from 2001 to 2009. He previously served as Governor of Texas. He and his wife, Laura, now live in Dallas, where they founded the George W. Bush Presidential Center at Southern Methodist University. President Bush is also the author of three #1 bestsellers: Decision Points, his presidential memoir; 41, a biography of his father, President George H. W. Bush; and Portraits of Courage, a collection of oil paintings and stories honoring the sacrifice and courage of America’s military veterans.

Sign me up for news about George W. Bush and more from Penguin Random House

When Laura and I left the White House in January 2009, we decided to stay out of the spotlight. We’d enjoyed many years in public office, and we looked forward to starting a new chapter of our lives at home in Texas. Plus, we both had books to write.

Laura’s memoir came out this spring, and mine – Decision Points – hit the shelves this fall. I’ve enjoyed traveling around the country for book signings and interviews. I’ve had a great time meeting book buyers, and I’ve been honored by the reception the book has received.

As I explain in the opening pages, my goal in writing Decision Points was to give people a sense of what it was like to serve as president for eight years. I write about the challenges we faced, some of them expected and many not. I describe the information I received, the options I considered, and the decisions I made. My hope is that readers will gain a better understanding of why I made the choices I did – and decide for themselves what they would have done in my position.

I also wrote because I wanted to give future readers a perspective on this remarkable era in American history. As president, I had good days and tough days. But every day, it was an honor to represent the nation I love. I will always be inspired by the courage, resilience, and compassion of the American people.

I’ve seen all those traits as I’ve traveled the country on my book tour. I’ve met people who serve their fellow citizens in countless ways, from volunteering in their communities, to teaching our children, to defending our nation by serving in the military. I am grateful to all those who make sacrifices to keep our nation great, and I am touched by those who were interested enough to read my story. Thank you for the support, and Laura and I wish all readers a joyful holiday season, a Merry Christmas, and a Happy New Year.