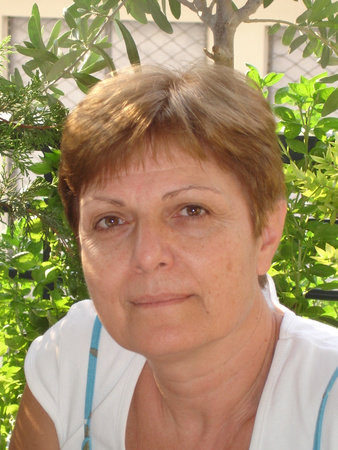 I grew up listening to stories. The oral tradition permeated every facet of our family life; story was one of the ways to explain life’s mysteries. My grandmother Christodoula had a story for everything that happened around us. They were mostly Nasreddin Hodja stories, since grandmother originated from Eastern Thrace and Nasreddin tales were part of that tradition. I knew many of the stories of what seemed an endless repertoire by the age of 3-4. However, being my grandmother’s favorite, the youngest, the only girl in the family, and also the one who inherited her name, I had the privilege of spending hours with her. She told me many stories, but my most favorite ones were those she saved just for me and told me in bed at night. They were our special stories. I am pretty convinced now that she made those stories up because in the tons of folktales I have read since, I have never found them. I can recognize bits and pieces, but the stories were hers. Unfortunately, I was too young to have the prudence to preserve them or the academic perversion of collecting them!

I will never forget how she ended her stories, maybe because she made her endings so personal. When the story ended with a feast, and most stories do, she as storyteller would always be offered gifts and treats to bring to me; but as some wild dogs would seize them from her, she could not deliver them!

With that background no wonder that I found a way to include stories in my academic endeavors! Anthony Manna’s enthusiasm and reverence for Greek folktales rekindled my love for them and offered me the opportunity to deal with them professionally. Our collaboration gave birth to our first children’s book, Mr Semolina-Semolinus, a picture-book treatment of a Greek folktale, enthusiastically received and published by Anne Schwartz at Atheneum Books for Young Readers. Our second book Folktales from Greece. A Treasury of Delights, published by Libraries Unlimited, was an anthology of 20 Greek folktales. The Orphan is our third book for English speaking audiences, again generously hosted by Anne Schwartz.

I live and work in Thessaloniki, Greece, my birthplace. My love for tales remains and I have found ways to include them even in my teaching at the Department of Primary Education at Aristotle University of Thessaloniki, in a course on literacy development through literature.