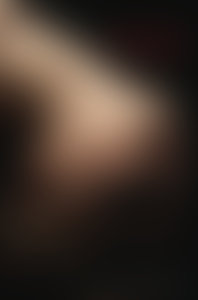 Sign me up for news about R.A. Nelson and more from Penguin Random House

Alabama. It’s a wonderful place to live, probably very different from what you would expect. Cotton, yes, we have a lot of cotton. We also have ion space drives. I love the mix of the old and the new.

Invent a time machine and use it in both directions. Be the first person to walk on Mars. Play center in the NBA for the Celtics or the Lakers. Meet Ray Bradbury. Explore a newly-discovered continent.

No way could I narrow it down to just one. Green Mansions (W.H. Hudson). Watership Down (Richard Adams). House of Leaves (Mark Z. Danielewski), The Sparrow (Mary Doria Russell), Huckleberry Finn. Some Philip K. Dick books (the sci-fi guy who wrote the novels that were turned into movies like Minority Report and Blade Runner). The collected works of Emily Dickinson and e.e. cummings. Actually it would be great to have a big stack of those classic doorstop novels I never seem to have time to read. Books like The Count of Monte Cristo, Finnegan’s Wake, Andersonville, The Old Curiosity Shop. Hmmm…and could you maybe give me something to write with when I’m not reading or collecting coconuts or building huts? Preferably a Toshiba Qosmio.

New York and Birmingham. But then again, I haven’t yet experienced Rome or Paris or London or Chicago or Cairo, etc. San Francisco is interesting.

Wherever I can find peace and quiet. The sounds of cartoons, screaming, and almost any kind of music can distract me when I’m trying to write. I write mostly in my study these days, though I carry an AlphaSmart keyboard around to all kinds of places.

What made you decide to write Teach Me?

I had just spent a year writing 150,000 words on three different novels, so I took a couple months off from writing. Then one day I started typing Nine’s first person voice out of the blue, and I was fascinated with her as a character. I wanted to know how a perfect student with big dreams, a passion for the world around her, doting parents, and a great best friend could become so angry.

What would you like readers to learn from Nine?

It’s perfectly okay to be passionate about life. It’s even pretty cool. You don’t have to be like everybody else. In fact, it’s better if you’re not. But don’t be desperate. If it’s supposed to happen, it will happen. Don’t fight so hard to control things. Seek the anti-control.

What adjectives would you use to describe Teach Me?

So many. Fantasize or White Chocolate Space Egg by Liz Phair. Until She Comes by the Psychedelic Furs. Thank You, India by Alanis Morissette. Fast Car by Tracy Chapman. Crash Into Me by Dave Matthews. I could go on and on.

My Arizona jeans. Also I’m 87% certain I would look great in stuff from Banana Republic, but the local store closed. Sigh.

Life. Learning. Family. My passion for all three.

How to choose? How about the time I was on a first date and gestured while telling a story, accidentally hitting the end of my fork, which propelled a piece of Italian dressing-soaked lettuce up my nose? And I didn’t know what to do, so I tried to ignore it and kept attempting to pour on the charm while the dressing bored a hole into my frontal lobe? That was fun. But not nearly the worst. If you want the worst, you have to ask me in person. And then I will decide whether to lie or not.

Smartest thing you ever did?

When I was 19 I discovered the astronomical constant known as Bode’s Law—200 years after Bode did (actually, Bode stole the idea from somebody named Titius who discovered it even earlier). Bode’s Law has to do with the mean distance between the planets and the sun. I rushed straight to my astronomy professor with the earthshaking news, figuring I had made a breakthrough. He was kind. Really the smartest thing I ever did was choose to write YA novels. I like writing about (and for) people who are on the cusp of so many exciting things. Restless people who won’t sit still for a lot of blah blah blah. I also like writing about protagonists who don’t have to deal with things like marriage, baby sitters, taxes, or mortgages.

“From a certain point onward there is no longer any turning back. That is the point that must be reached.” The writer Franz Kafka said that. I like this motto because it says this: Take chances. Don’t wait for cool things to happen. They won’t. You have to go out and make them happen.