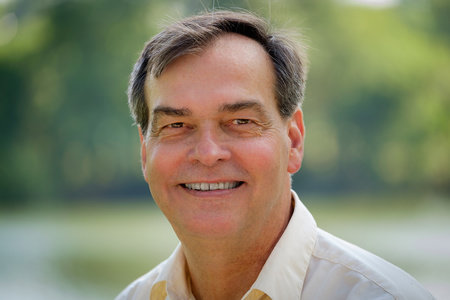 James L. Haley is the award-winning author of the Bliven Putnam Naval Adventure series, including A Darker Sea and The Shores of Tripoli, as well as numerous books on Native American, Texas, and Western history, and historical and contemporary fiction. His two biographies Sam Houston (2002) and Wolf: The Lives of Jack London (2010), each won the Spur Award from the Western Writers of America. Passionate Nation: The Epic History of Texas (2006) won the Fehrenbach Award of the Texas Historical Commission. His most recent nonfiction is Captive Paradise: A History of Hawaii (2014).

Sign me up for news about James L. Haley and more from Penguin Random House

The Devil in Paradise

The Shores of Tripoli