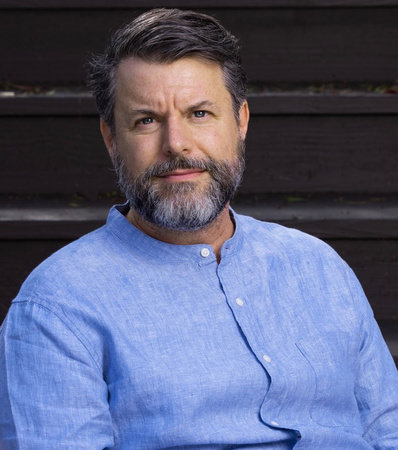 Charles Duhigg is a Pulitzer Prize–winning investigative journalist and the author of The Power of Habit and Smarter Faster Better. A graduate of Harvard Business School and Yale College, he is a winner of the National Academies of Sciences, National Journalism, and George Polk awards. He writes for The New Yorker, The New York Times Magazine, and other publications, and is the host of the podcast How To! with Charles Duhigg.

The Power of Habit

PENGUIN RANDOM HOUSE: What is a habit, exactly? It’s one of those words we hear constantly, but we never really stop to think about what it means.

Charles Duhigg: Simply put, a habit is a behavior that starts as a choice, and then becomes a nearly unconscious pattern. Every habit – no matter how simple or complex – has the same structure, which we call the “habit loop.” There is a cue, a trigger that tells your brain to go into automatic mode. Then there is the routine, which can be physical or mental or emotional behavior. Finally, there is a reward. Once you understand how habit loops work, you can start changing them.

PRH: How much of our daily activities are influenced by habits?

CD: One paper published by a Duke University researcher in 2006 found that more than forty percent of the actions people performed each day weren’t actual decisions, but habits. Think about when you woke up this morning. What did you do first? Did you hop in the shower, check your e-mail or grab a donut from the kitchen counter? Did you brush your teeth before or after you toweled off? Which route did you drive to work? Salad or hamburger for lunch? When you got home, did you put on your sneakers and go for a run, or pour yourself a drink and eat dinner in front of the TV? All of those decisions weren’t really choices at all. They were habits.

PRH: If habits are so prevalent, and so insidious, how do you go about changing them?

CD: There is a kind of Golden Rule of habit change that study after study has shown is among the most powerful tools for changing behaviors. At its root is the idea that you can never truly extinguish bad habits. Rather, to change a bad pattern, you must insert a new routine into the habit loop.

That’s easier said than done. Habits don’t change without a fight. So, to insert a new routine, it should be triggered by the old cue, and deliver the old reward. That’s the rule: If you use the same cue, and provide the same reward, you can shift the routine. Almost any behavior can be transformed if the cue and reward stay the same.

Take, for instance, smoking. A smoker usually can’t quit unless they find some activity to replace cigarettes. If you want to stop smoking, ask yourself, do you do it because you love nicotine, or because it provides a burst of stimulation, a structure to your day, a way to socialize? If you smoke because you need stimulation, some caffeine in the afternoon, studies indicate, can increase the odds you’ll quit.

PRH: Are there some habits that are more important to focus on than others?

CD: Yes. There are some habits – called “keystone habits” – that can cause a chain reaction through someone’s life or an organization. A great example of a keystone habit is exercise. When people start habitually exercising, even as infrequently as once a week, they often start changing other, unrelated patterns in their lives. Typically, people who exercise start eating better and getting to work earlier. They smoke less, and show more patience. They use their credit cards less frequently and say they feel less stressed. It’s not completely clear why, but for many people, exercise is a keystone habit that triggers widespread change.

CD: Absolutely. At Target, for instance, executives build sophisticated computer programs to analyze shoppers’ habits, and then use that information to figure out what they want to buy. Almost every major retailer, including Amazon.com, Best Buy, Kroger supermarkets, 1-800-Flowers, Olive Garden, Anheuser-Busch, the U.S. Postal Service, Fidelity Investments, Hewlett-Packard, Bank of America, Capital One and hundreds of others have “predictive analytics” departments devoted to figuring out consumers’ habits.

Want to know how Target can determine if someone is pregnant? Watch this video. Check out an excerpt from the book here.