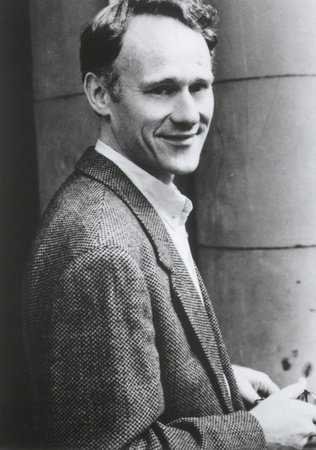 Graham Hancock is the author and co-author of a number of bestselling investigations of historical mysteries, including The Sign and the Seal, The Message of the Sphinx, Heaven’s Mirror, The Mars Mystery, and Underworld. His books have been translated into twenty languages and have sold more than four million copies around the world.

Fingerprints of the Gods

["Supernatural: Due to or manifesting some agency above the forces of nature, outside of the ordinary operation of cause and effect."]
· The evolution of modern humans has taken more than five million years but until less than 50,000 years ago we had no art, no religion, no sophisticated symbolism, no creative and innovative thinking, and quite possibly no language. Then, a dramatic and electrifying change overtook our ancestors in every part of the globe, and all the skills and qualities that we value most highly in ourselves today appeared suddenly, already fully formed, as though bestowed on us by hidden powers. Scientists describe this change as "the greatest riddle in human history".
· The first art of mankind, in the painted caves and rock-shelters of southwest Europe and South Africa, dates back to the time of the great change. Why do these ancient paintings, tens of thousands of years old, depict beings of a kind that are never found in nature – strange and eerie hybrids with the heads of animals and the bodies of humans?
· In the depths of the Amazon rainforest tribal shamans drink a powerful hallucinogenic brew called Ayahuasca ("the vine of souls") in order to induce visions. When they return to normal consciousness, after experiencing what they believe is out-of-body travel in the spirit world, they make paintings of the "intelligent beings" they have encountered. Why are many of these beings also depicted as uncanny hybrids with the heads of animals or serpents and the bodies of humans? And why do the shamans say that they have taught them everything they know about how to live in the jungle, and about the medicinal value of rainforest plants?
· Why do Western lab volunteers, placed experimentally under the influence of hallucinogens such as DMT, psilocybin, mescaline and LSD, report visionary encounters with "beings" in the form of animal-human hybrids – beings identical to those the Amazonian shamans claim to meet and to those painted by our ancestors in the prehistoric caves?
· What is the significance of the astonishing similarities between the entities known as "aliens", ET’s" or "greys" in modern popular culture, the entities known as "fairies", "elves" and "goblins" in the Middle Ages, and the entities that shamans in surviving tribal cultures know as "ghosts", "gods" and "spirits"? Why are such figures depicted in prehistoric art as far afield as Africa, Europe, the Americas and Australia?
· Why have eminent scientists at the cutting edge of consciousness research, especially those who study the ways that hallucinogens work in the brain, recently begun to question long-established theories about the nature of reality? Why are some now even ready to consider the possibility, long ago embraced by shamans, that, far from being "false perceptions", what we see in the strange imagery and experiences of hallucinations may be real perceptions of other "dimensions" and the beings inhabiting them?
· Why did Nobel Prize-winner Francis Crick keep concealed until his death the astonishing circumstances under which he first "saw" the double-helix structure of DNA? And why did he become convinced that the DNA molecule did not evolve naturally upon this planet but was sent here in bacteria by an alien civilisation?
· Why does the 97 per cent of DNA that scientists do not understand – so-called "junk DNA" – contain chemical "sequences" arranged in patterns and frequencies that are otherwise only found in the deep coding of all human languages?
· Could the "supernaturals" first depicted in the painted caves and rock shelters – and still accessible to us today in altered states of consciousness – be the ancient teachers of mankind? Could it be they who first ushered us into the full birthright of our humanity? And could it be that human evolution is not just the "blind", "meaningless" "natural" process that Darwin identified, but something else, more purposive and intelligent, that we have barely even begun to understand?
These are some of the mysteries at the heart of the quest Hancock unfolds in the pages of his new book Supernatural – a quest that takes him on a journey of adventure and detection from the depths of the Amazon rainforest, to the stunningly beautiful painted caves of prehistoric Europe, and to ancient painted rock-shelters in the remote mountains of South Africa. This is a book of page-turning story-telling with electrifying descriptions of the daunting journey that Hancock must undertake as he drinks hallucinogens with tribal shamans in the Amazon and self-experiments with DMT, psilocybin and the African visionary drug known as Iboga – "the plant that enables men to see the dead." But Supernatural also has an exciting basis in the latest science – much of it so far largely unknown to the general public. Thus, although the book takes readers into unusual and daring areas of enquiry, and investigates extraordinary possibilities about human origins, and about the nature of consciousness and of reality, the argument is underpinned throughout by the discoveries and views of eminent scientists doing cutting-edge research.