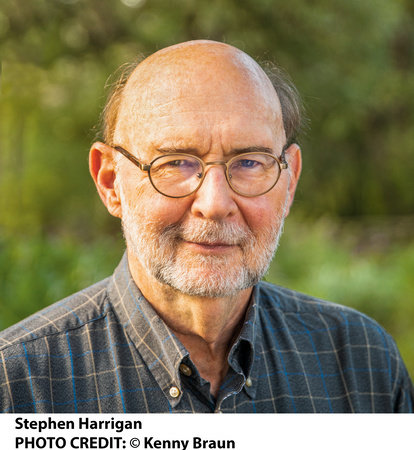 STEPHEN HARRIGAN’s previous novels include the New York Times best-selling The Gates of the Alamo, Remember Ben Clayton (which, among other awards, won the James Fenimore Cooper Prize from the Society of American Historians for best historical novel), and A Friend of Mr. Lincoln. He has also written a number of nonfiction books, including the recent Big Wonderful Thing: A History of Texas, and a career-spanning collection of essays, The Eye of the Mammoth. He is a writer-at-large for Texas Monthly, as well as a screenwriter who has written many movies for television. He lives in Austin, Texas.

The Leopard Is Loose