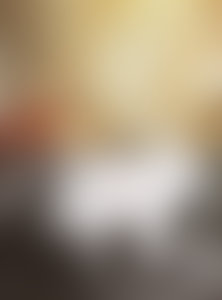 Anthony Hecht is the author of seven books of poetry, including The Hard Hours, which received the Pulitzer Prize for poetry in 1968. He is also the author of several volumes of essays and criticism, among them a book-length study of the poetry of W. H. Auden called The Hidden Law. He has received the Bollingen Prize in Poetry (1983), the Eugenio Montale Award (1984), the Wallace Stevens Award (1997), and the Robert Frost Medal (2000). He is a member of the American Academy of Arts and Letters, as well as the American Academy of Arts and Sciences.

The Darkness and the Light

Flight Among the Tombs

My literary education began with nursery rhymes and Mother Goose, the fairly common way for those of my generation, as well as those going back to Victorian times.

Hinx, minx, the old witch winks,
The fat begins to fry;
Nobody home but Jumping Joan,
Father, mother, and I.
Stick, stock, stone dead,
Blind man can’t see;
Every knave will have a slave,
You or I must be he.

What child would not be intrigued by such verse, filled as it is with admirable mystery: a witch, a curious person named "Jumping Joan," the mention of the unmentionable in the world of the real nursery, the dead, the blind, and slaves. Most of all, the frank inclusion of "me," as part of the drama. I was enchanted, and the more pleased to find that the grown-ups who read me these poems were as mystified as I by them. It would be many years before I would encounter:

Scale of dragon, tooth of wolf,
Witch’s mummy, maw and gulf
Of the ravined salt-sea shark,
Root of hemlock digged i’ th’ dark,
Liver of blaspheming Jew,
Gall of goat, and slips of yew
Slivered in the moon’s eclipse,
Nose of Turk, and Tartar’s lips,
Finger of birth-strangled babe
Ditch delivered by a drab
Make the gruel thick and slab . . .

But clearly, the ground had been prepared.

It doesn’t seem to me strange that children should like the macabre, the sensational, and the forbidden. They know from a remarkably early age that things are being kept from them, that grown-ups participate in a world of mysteries (death being a major one, but also liquor and procreation„not sex, about which children have a scant notion when very young) from which children are debarred, to their continuing frustration and ineradicable curiosity. These mysteries, like the Masonic rites, are ones parents and elders are sworn not to reveal to the uninitiated, which include all children. And so we sought for signs. And the signs were to be found, if not in an unintelligible form, in these nearly mystic runes.

When that I was a little tiny boy (with a hey, ho, the wind and the rain) someone who may well have been suffering from a bad cold taught me to sing a song that, to my attentive ear, seemed to go:

These words were implanted in my mind as canonical, and I would sing them over, if only to myself, whenever the occasion offered. Being a thoughtful child, I brooded upon these lines, like darkness upon the face of the waters. They bespoke a remarkable spiritual condition, possibly a ghoulish one. What was my body doing out there, anyway? Was it getting wet? And where was I in the meantime? These questions absorbed me at an age when I was supposed to be getting down the rudimentary facts of American history, which I carelessly neglected. I had a vision of my body in mid-Atlantic, hanging unsupported just about three feet above the white caps, looking as if you could pass steel hoops along it from end to end by way of demonstrating that there were no wires or hidden brackets to keep it aloft. It was very cold, and getting dark.

Scary as this vision was, it encouraged my appetite for poetry, which instinctively I knew to be about the unspoken and unspeakable. And in this I was absolutely right. Poetry operates by hints and dark suggestions. It is full of secrets and hidden formulae, like a witch’s brew. A lot of the fun lies in trying to penetrate the mystery; and this is best done by saying over the lines to yourself again and again, till they pass through the stage of sounding like nonsense, and finally return to a full sense that had at first escaped notice. There’s not a good poet I know who has not at the beck and call of his memory a vast quantity of poetry that composes his mental library. Sometimes this is undertaken in desperation, as when Osip Mandelstam’s wife committed all his poems to memory in fear that both he and his poems would be destroyed by Stalin. Always, in any case, it is done out of love.