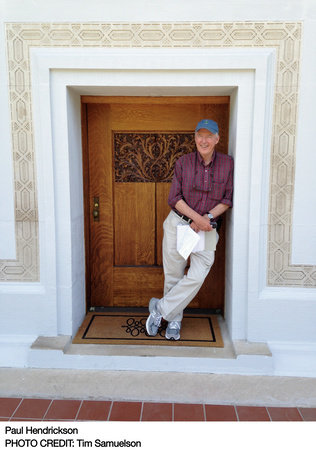 PAUL HENDRICKSON is the author of the New York Times best seller and National Book Critics Circle Award finalist, Hemingway’s Boat: Everything He Loved in Life, and Lost, and Sons of Mississippi: A Story of Race and Its Legacy, which won the 2003 National Book Critics Circle Award. Since 1998 he has been on the faculty of the Creative Writing Program at the University of Pennsylvania. For two decades before that, he was a staff writer at The Washington Post. Among his other books are Looking for the Light: The Hidden Life and Art of Marion Post Wolcott (1992 finalist for the NBCC award) and The Living and the Dead: Robert McNamara and Five Lives of a Lost War (1996 finalist for the National Book Award). He has been the recipient of writing fellowships from the Guggenheim Foundation, the National Endowment for the Arts, the Lyndhurst Foundation, and the Alicia Patterson Foundation. In 2009 he was a joint visiting professor of documentary practice at Duke University and of American studies at the University of North Carolina at Chapel Hill. He is the father of two grown sons, both of whom work in media, and he lives with his wife, Cecilia, a retired nurse, in Washington, D.C., and outside Philadelphia.