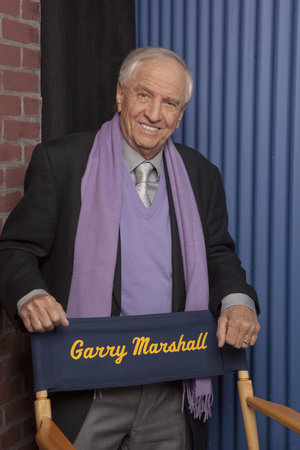 GARRY MARSHALL was a veteran producer, director, and writer of film, television, and theater. He learned his craft writing jokes for Lucille Ball, Dick Van Dyke, and Danny Thomas. He created and produced some of television’s most beloved situation comedies and directed some of America’s favorite romantic comedies. Marshall was married to his wife, Barbara, for close to fifty years, and had three children and six grandchildren. He wrote with his daughter Lori; acted in movies directed by his son, Scott; and produced plays at the Falcon Theatre in Burbank, California, with his daughter Kathleen.

My Happy Days in Hollywood