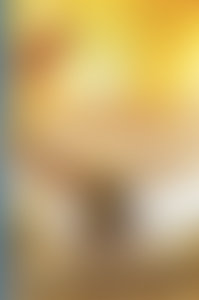 Salma Abdelnour is a writer and editor based in New York City. She has been the travel editor of Food & Wine, the food editor of O, The Oprah Magazine, and the restaurant editor of Time Out New York.

PENGUIN RANDOM HOUSE: Why did you want to move back to Beirut, in your thirties, after spending your adult life in the United States?

Salma Abdelnour: I felt it was my last chance, in a way, to figure out why Beirut was still on my mind, why it kept nagging at me after all these years. My family had moved to the States when I was nine years old, but part of me had never really left Beirut. I still had this persistent sense of being a foreigner in America, an outsider, even this many years later. In my late thirties, I was enjoying my life and journalism career in New York and had rekindled a romance with an ex-boyfriend — but it dawned on me that if I didn’t come to terms with Beirut now, and scratch the itch to move back and try to live there again, it might soon become very difficult or even impossible to do that — for instance if the relationship I’d restarted in New York was going to lead to marriage, kids, and a deeper commitment to stay in the U.S. long-term. If I wanted to move back to Beirut ever again, it was now or possibly never.

PRH: What was the most difficult part of returning to Lebanon?

SA: For one thing, I had to say a very tough good-bye to my New York life, even if I knew I’d be coming back for visits now and then. But I had a sense that this could be it; Beirut could draw me right back in, and my life would never be the same again. New York would turn into a place I just visit occasionally, which was a strange thought but I had to prepare myself for it.

On the other hand, I also had this fear that all my fantasies of feeling at home again in Beirut would turn into a giant sham: I’d arrive in Beirut and realize the city had moved on without me, and everyone I used to know there, from childhood friends to relatives to old neighborhood characters, would see me as an outsider now, just naively swooping in from New York without any clue what I was doing. I’d be seen as a dilettante — someone who got to escape the brutal civil war in Lebanon, then just saunters back in at will, while everyone actually living there was fantasizing about getting out. Life in Lebanon is tough, and the Lebanese who actually live there don’t always necessarily understand why someone who successfully got out would want to return to live there. But Lebanese life is also richly layered and diverse and never dull, and for me, it was full of pieces of myself that I’d left behind. I needed to go back and reconnect with my old life there, and confront all my new fantasies and fears about it.

PRH: Why does Beirut as a city hold such an ongoing fascination and mystique, both for those who have never visited before and for those who know it well?

SA: Beirut is one of the world’s most complex, beautiful, messed-up, endlessly dramatic cities. It combines a stunning setting along the Mediterranean with a thumping nightlife, a diverse and sophisticated population, ancient historical sites dating all the way back to ancient Rome — and a tendency to always be on the verge of total chaos. Lebanon seems to be in the news all the time, for one reason or another, so Beirut stays top of mind — and for every person who thinks, “It’s too dangerous there! I can’t go!” there must be at least three people who think, “What a fascinating place. I must visit!” Beirut as a city has so many layers and nooks and crannies that even locals can never fully wrap their heads around it. In the year I spent in 2010 and 2011, and in my childhood before that, I never managed to run out of things to see and do in Beirut.