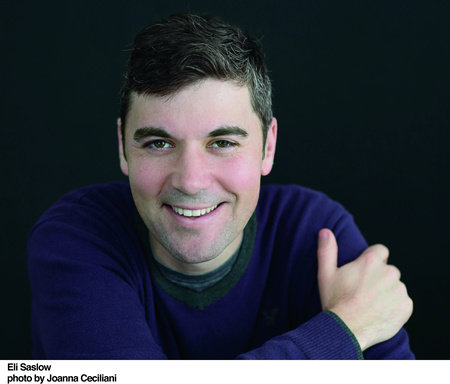 Eli Saslow is a staff writer for the Washington Post and a contributor to ESPN The Magazine. He has won a Pulitzer Prize for explanatory reporting and a George Polk Award for national reporting, and has been a finalist for the Pulitzer Prize in feature writing. His works include Ten Letters: The Stories Americans Tell Their President and American Hunger: The Pulitzer Prize-Winning Washington Post Series. He lives in Takoma Park, Maryland, with his wife and two daughters.

Inside the Book: Eli Saslow (RISING OUT OF HATRED)

Let’s face the facts: We, the imaginative species that we are, don’t often like to face the facts. Escapism is an accessory of human existence. We read stories to untether us from troubles, and when we do reenter the realm of taxes and terrorism, of finger-pointing and back-scratching, how quickly we become disillusioned! So if we’re going to read nonfiction, it has to be pretty darn compelling. Lucky for us, leaving Plato’s cave has become slightly more tolerable with Eli Saslow’s book Ten Letters, a poignant portrait of American society as told through ten missives written to President Obama.

Saslow takes these letters and, with a journalistic eye, uncovers the motivations and the backstories to reveal why they were written. From healthcare, to war, to immigration – these people felt compelled to write to their president out of sheer frustration and sincere hope. When U.S. policies don’t affect us directly, we have the tendency to dismiss them. Gracefully, Ten Letters reconnects us with the people we lose sight of behind our smartphones and our social bubbles.

The result is not just more “politics.” Sometimes “politics” – on the ground level – can be a dirty word, caked in the soil we stand on. It can mean the sly practice of complacency then duplicity, exploitation then ignorance. “Politics” is code for pointlessness, a word you spit from your mouth after throwing your arms up in the air, fed up with the futility of it all: “It’s all politics!” you cry. But then, sometimes, “politics” is just … reality. It’s life in all its messiness and all its hope. Saslow, by revealing the stories of such strikingly disparate American citizens, is really writing to show us how we’re not so different after all.

PENGUIN RANDOM HOUSE:In Ten Letters, you discuss the letters of ten individuals who reach a sort of breaking point in their lives, a moment where they are overwhelmed by the obstacles they face. Through hope, anger, or fear, they were inspired to write to the President of the United States. What inspired you to tell these stories?

Eli Saslow: I had been following around President Obama for about a year, as a reporter for The Washington Post. In almost every one of his speeches, he mentioned these ten letters he reads every night, a sampling of more than 20,000 sent to the White House every day. He said that these letters had become his main connection to the American people. That seemed like a connection worth writing about.

PRH:Being a journalist for The Washington Post, why did you feel a book was the appropriate medium for these stories?

ES: The stories were too good – and too plentiful – for any other form. This project was a writer’s dream, because I was able to choose between a wealth of great stories instead of merely searching for good ones. President Obama reads ten letters each night, and that gave me seventy potential stories every week. The letters are so deeply personal – essentially journal entries, written by people who are often in dire circumstances and have sealed a prayer into an envelope as a matter of last resort. I knew only a book could do justice to their stories.

PRH:Your book relays stories from both sides of the aisle, as well as addresses longstanding policy issues like healthcare and education reform. How did you go about choosing the stories you told?

ES: I wanted to choose letters that had become transformational for Obama, and also for the letter writer. Each of the letters in the book affected the president in a profound way. One helped him pass healthcare reform; another made him pause and think about the way he talks to Republicans; another, from a fourth grader in Kentucky, informed some of his policy ideas on education. I knew that I wanted letters that reflected the big moments during Obama’s presidency. Then, using the letter as a launching point, I set out to write about these peoples’ lives.

PRH:In one particular section of the book, you pause to discuss the history of letters sent to presidents. Specifically, how the number of letters skyrocketed after FDR bonded with the public over his famous “fireside” chats. Can you describe how you researched the evolution of letters sent to U.S. Presidents?

ES: I spoke to people who worked in the mailroom for several presidents, and I read everything I could about presidential mail. The mailroom becomes this constant reflection of what is happening inside the White House. President Nixon, weary of criticism, asked his staff to only deliver positive letters. During President Clinton’s worst days, the mailroom received hundreds of cigars. Typical of Obama’s personality, he has turned the mail process into this very exact science, where the metrics are measured and he receives his ten letters at the same time every day.

PRH:Ten Letters periodically highlights the pitfalls of the “presidential bubble,” a feeling of disconnection between the President and the people he governs. Do you feel this is a growing problem the President faces?

ES: It is absolutely a growing problem. Presidents are blanketed by more security than ever before, and their days are now scheduled down to the minute. Security concerns have increased tremendously during the last decade, with two wars and the threat of terrorism. More than any president before him, Obama is separated from the people he governs.

PRH:On a more personal note, have you ever felt compelled – at any age – to write to the President of the United States?

ES: I have not, but maybe in part because I’ve never had the need. Many of the people who write are going through dire times and writing to tell the president about their circumstances. So far, I’ve been lucky.