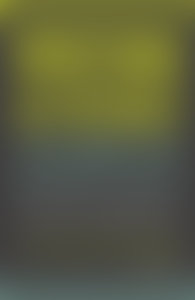 Joseph McBride is an internationally renowned film historian and biographer and a veteran film and television writer whose decades of experience have brought him a Writers Guild of America Award, four other WGA nominations, two Emmy Award nominations, and a Canadian Film Awards nomination. McBride was one of the screenwriters of the cult classic punk rock musical Rock ‘n’ Roll High School and co-wrote five American Film Institute Life Achievement Award specials for CBS TV.

McBride was a film critic, reporter, and columnist for Daily Variety in Hollywood for many years. His books include the acclaimed biographies Frank Capra: The Catastrophe of Success, Steven Spielberg: A Biography, and Searching for John Ford. The French edition of the Ford biography won the Best Foreign Film Book of the Year award from the French film critics’ organization in 2008. McBride has also published a celebrated book of interviews with director Howard Hawks, Hawks on Hawks, and three books on Orson Welles, including What Ever Happened to Orson Welles?: A Portrait of an Independent Career. That book is partly a memoir of McBride’s experience working as an actor for Welles for six years, playing a film critic in the director’s legendary unfinished film The Other Side of the Wind, for which McBride cowrote his dialogue with Welles.

McBride is an associate professor in the Cinema Department at San Francisco State University, where he has been teaching screenwriting and film history since 2002. In 2011, he became the subject of a feature-length documentary on his life and work, Behind the Curtain: Joseph McBride on Writing Film History, written and directed by Hart Perez. McBride lives in Berkeley.