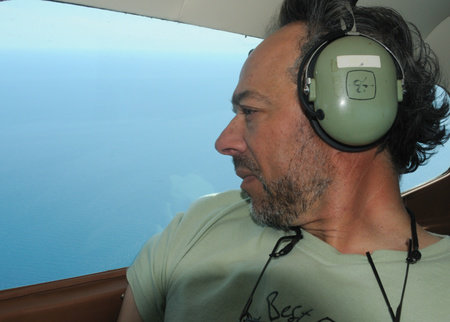 CARL SAFINA is author of, among other books, The View From Lazy Point; A Natural Year in an Unnatural World Song for the Blue Ocean. His honors include a Pew Fellowship, Guggenheim Fellowship, World Wildlife Fund fellowship, the National Academies’ communications award for year’s best book, the John Burroughs Medal, Raab Medal, and a MacArthur “genius” Fellowship. Audubon Magazine named him among the top 100 conservationists of the 20th century. Dr. Safina is an adjunct professor at Stony Brook University, an elected member of The Explorers Club, and founding president of Blue Ocean Institute. He has written upwards of 100 articles for scientific and popular journals and he lectures around the country.  Visit: http://blueocean.org/ and http://carlsafina.org.

A Sea in Flames