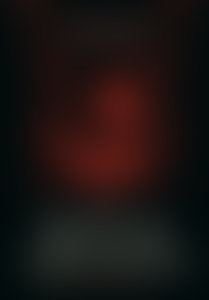 Robin Hobb is the author of the Farseer Trilogy, the Liveship Traders Trilogy, the Tawny Man Trilogy, the Soldier Son Trilogy, and the Rain Wilds Chronicles. She has also written as Megan Lindholm. She is a native of Washington State.

Magali Villeneuve has been an illustrator for well over a decade, and started by painting book covers in France, her home country. She now works for many different companies and publishing houses around the world, including Wizards of the Coast, Titan Publishing, Dynamite Comics, Valve Corporation, and Fantasy Flight Games. Her work has been featured in role-playing games, video games, collectible cards games, magazines, and book covers. She has done work in the universes of George R. R. Martin’s A Song of Ice and Fire, Magic: The Gathering, Dungeons & Dragons, The Lord of the Rings, Star Wars, and more. She is also the author of the dark fantasy book series La Dernière Terre in France.

Fitz and the Fool

Robin Hobb’s San Diego Comic Con autographing sessions are always very popular affairs, and none more so than at this year’s event. Fans of Farseer, Fitz and the Fool, and other series by Hobb skipped panels and flashy, eye-grabbing special events in favor of lining up for a chance to meet their favorite author and score a signed book. Despite Hobb’s many obligations at the con, she was still able to spare some time to talk with us about her novels and what writing has taught her about the world.

PENGUIN RANDOM HOUSE: Despite having a society in which we fear sudden violence, we seem to be fascinated with assassins. Why is that?

Robin Hobb: I don’t think it’s just assassins. It’s our superheroes, and anyone else who settles things with a quick act of violence. I think that there is buried in each one of us the wish that we could make our problems go away quickly with simply a bullet or blow to the head, or any number of violent reactions. Sadly, most of us are reduced to writing endless letters, or trying to persuade people, or working through piles of paperwork in order to solve the problems we wish we could dispose of with a little more direct action.

PRH: I think it’s probably for the best since we’re talking about bludgeoning people on the head, right?

RH: For the most part. I make just a few exceptions to that!

PRH: You’ve gotten to know your characters by now, but do they still surprise you on occasion?

RH: Over the course of more than 20 years, I’ve gotten to know them. I think that for most writers what happens is that you’re writing along, you’re following your outline, you know what’s going to happen, and suddenly the character folds his arms and says, “That’s completely out of character for me. I’m not doing that.” That’s one of the surprises, because you’ll suddenly look around and say, “If he doesn’t do that, then she doesn’t do this, and that doesn’t happen.” It’s like dominos falling. When you realize is you’ve got your character moving in a way that is out of character, the writer has to stop and give way to the current of the story and what the character would actually do. Sometimes, it takes the book into unexpected directions.

RH: I’ve done revisions on every book I’ve ever written. Terry Brooks and I were recently comparing notes, and we said that on our most recent books we’ve worked harder and done more revisions than any of the previous ones. He said, “Yeah, that’s a trend we’ve got to stop!” The further on in my career that I go, especially because I’m working with editors with whom I have worked for years, you realize that input is extremely valuable. You ignore it at your own peril. The ability to stop and say, “Let me rethink that scene” is one of the most important tools a writer can have in his or her toolbox.

PRH: When you get used to thinking about these kind of things — events that influence other events, that chain of circumstances, and why people do the things they do — does it change the way you interact with the world around you?

RH: To some extent, I think that as writers we are constantly putting ourselves into someone else’s shoes, especially if you’re writing about a villain or simply a different kind of character — someone you don’t necessarily agree with, or has different politics or attitudes — you really begin to understand that it’s hard to take an absolute stance on anything. I can see not just both sides of an argument, but every side on a political debate or family discussion on how we should allocate resources, and in some ways I think it make me more thoughtful.

PRH: What does it take for other people to become more thoughtful? What are some of the hard-earned lessons you’ve learned over the years?

RH: I think that’s something we’re seeing a lot of people talk about on the internet right now. Cultivate the ability to tolerate other people’s opinions that differ from your own. I have never met anyone with whom I could not find some common ground, agree with them somewhere, and have a conversation that wasn’t about the things over which we were butting heads. Once you start building communication, it may be that you never resolve the differences that you have but you will still walk away understanding why that person has those opinions. I think that if we could all take a breath and realize that our first reaction doesn’t have to be shouting the other person down, and instead ask “Why do you think that way?” then we would have a much more tolerant and interesting world.