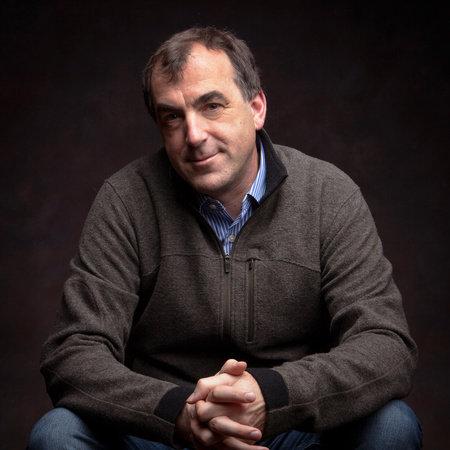 Alex Kershaw is a journalist and a New York Times bestselling author of books on World War II. Born in York, England, he is a graduate of Oxford University and has lived in the United States since 1994.

Editor’s Note: Alex Kershaw is the New York Times bestselling author of several books on World War II, including The Bedford Boys and The Longest Winter. He lives in Willamstown, Massachusetts. Penguin Random House caught up with him to ask a few questions about his new book, Avenue of Spies.

Penguin Random House: Most historians have one area of expertise. You have focused largely on WWII, but that is a huge subject. Which part of that time in history would you say is your specialty?

Alex Kershaw: The war in Europe, especially as seen from an American point of view. I’ve written three books about American infantrymen but also about American pilots in the Battle of Britain. I am European and love writing about Americans who fought to liberate Europe and in the process fell in love with the place.

PRH: Your book is non-fiction, but written like a novel. What compelled you to write this way?

AK: Since I became a journalist thirty years ago I’ve always admired writers such as Tom Wolfe who were able to bring true stories to life by using all the same techniques as novelists. It takes a great deal of research but the result, if successful, is what almost all readers want: getting caught up in a story, another world, that is gripping, moving, and real. This last book is less than 70,000 words but took three years to research. It’s all about the details, some of which you find only after many, many hours of interviewing or after skimming through scores of books.

PRH: If all history were presented in this form, do you think young students would be more responsive to the material?

AK: Yes, of course. I’ve had wonderful reactions from young readers because I try to make my narratives as involving as possible. I think popular history at its best can be great reading and massively educational.

PRH: You picked a fascinating family to focus on: geographically in the center of the action, not to mention they rubbed shoulders with Jean Moulin (emblem of the resistance in France), Helmet Knochen (Senior commander of the SS) and Theodor Dannecker (who deported Jews out of France; most died in the Final Solution). How did you choose the Jackson family’s story as the one to tell?

AK: I wanted to write a saga of the resistance for an international audience but wanted to focus on a family that would also be of fascination to Americans. Only one fitted the bill – the Jacksons. They were at the epicenter of evil in Europe, neighbors to monsters, and by telling their tale I could also tell an inspiring story of how even in the darkest places, Avenue Foch in WWII, we can also find light, a source of hope.

PRH: Dr. Sumner Jackson had to learn an entirely new language and culture to marry his wife; do you believe this moved him to see people without prejudice?

AK: Yes. He had to sacrifice so much for someone who was from a very different culture. I met my American wife in London and gave up the country I called home to be with her twenty years ago. I felt some kinship with Sumner Jackson!

PRH: Paris was mostly peaceful until the Liberation in 1944, compared to other flattened cities. How did the Parisian settling contribute to the story?

AK: Thankfully, for the city and its people, the French government in 1940 decided not to defend it. Thankfully, Hitler did not destroy it through bombing. And thankfully the Germans did not destroy it before it was liberated. Paris was very lucky indeed, although four years of the Nazis was hardly a fortunate fate.

PRH: You write how Phillipe Pétain encouraged collaboration in order to preserve the unity of France. Many citizens were communist, ordered by Stalin to fight against the Nazis. Because many French citizens were averse to German occupation, do you think the government’s collaboration fueled the underground acts of resistance?

AK: To a degree, yes. Certainly, toward the end of occupation, those who collaborated became targets of the resistance. But that resistance took a long time to become violently effective, and then only when the tide had turned against the Nazis on the Eastern Front and invasion by the Allies seemed likely. in 1940, after the fall of France, very few people had the courage to oppose Nazism.

PRH: Many of the people in this book are famous historical villains. How did hearing Phillip Jackson’s personal account affect your perception of these people?

AK: Phillip helped me to understand the price of courage and immense cost of opposing Nazism anywhere in Europe that was under the jackboot. He and his mother were very very lucky to survive.