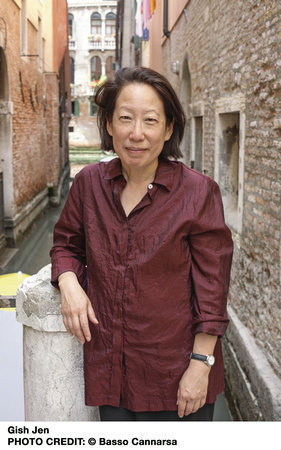 GISH JEN’s most recent novel is THE RESISTERS; she also has a new book coming out in January 2022 entitled THANK YOU, MR. NIXON. She is a fellow of the American Academy of Arts and Sciences, and a recipient of fellowships from the Radcliffe Institute and the Guggenheim Foundation as well as of a Lannan Literary Award for Fiction and of a Mildred and Harold Strauss Living Award from the American Academy of Arts and Letters. Her short work has appeared in the New Yorker and other magazines, and have been chosen for The Best American Short Stories five times, including The Best American Short Stories of the Century. She delivered the William E. Massey Sr. Lectures in American Studies at Harvard University, where she is currently a visiting professor.

The Girl at the Baggage Claim