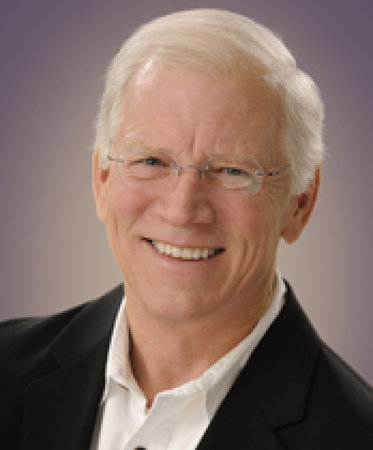 For three decades Patrick Morley has been regarded as one of America’s most respected authorities on the unique challenges and opportunities that men face.

After spending the first part of his career in the highly competitive world of real estate development, Patrick has been used throughout the world to help men think more deeply about their lives.

In 1973 Patrick founded Morley Properties, which, for several years, was hailed as one of Florida’s 100 largest privately held companies. During this time he was the president or managing partner of 59 companies and partnerships.

Every Friday morning since 1986, Patrick has taught a Bible study to approximately 5,000 men —150 men live in Orlando, Florida and the others through a Video Bible Study webcast over the Internet in all 50 states and throughout the world.
In 1989 he wrote The Man in the Mirror, a landmark book that poured from his own search for meaning, purpose, and a deeper relationship with God. With over 3,000,000 copies, this best-selling book has captured the imaginations men worldwide, and was selected as one of the 100 most influential Christian books of the twentieth century. He has written 18 books—six of which have received critical acclaim—and has readers in over 48 countries.

In 1991, Patrick founded Man in the Mirror which has impacted the lives of 10,000,000 men worldwide, has distributed 9,000,000 books, and last year worked with 30,000 church leaders to more effectively disciple men. Through his speaking and writing he is a tireless advocate for men, encouraging and inspiring them to change their lives in Christ. He has written over 500 articles to help men and leaders, has appeared on several hundred of radio and television programs, and speaks to men daily through The Man in the Mirror radio program carried over 300 stations nationwide.

“The ministry of Man in the Mirror exists,” says Patrick Morley, “in answer to the prayers of all those wives, mothers, and grandmothers who have for decades been praying for the men in their lives.”

Patrick Morley graduated with honors from the University of Central Florida, which selected him to receive its Distinguished Alumnus Award in 1984. He has earned a Ph.D. in Management and completed post-graduate studies at the Harvard Business School and Oxford University, and graduated from Reformed Theological Seminary. He lives in Winter Park, FL with his wife, Patsy. They have two married children and four grandchildren.