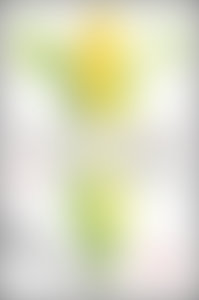 McKay Jenkins holds degrees from Amherst, Columbia’s Graduate School of Journalism, and Princeton, where he received a PhD in English. A former staff writer for the Atlanta Constitution, he has also written for Outside, Orion, and many other publications. He is the author of What’s Gotten Into Us: Staying Healthy in a Toxic World;  Bloody Falls of the Coppermine: Madness, Murder and the Collision of Cultures in the Arctic, 1913 (Random House, 2005); The Last Ridge: The Epic Story of the U.S. Army’s 10th Mountain Division and the Assault on Hitler’s Europe (Random House, 2003); The White Death: Tragedy and Heroism in an Avalanche Zone (Random House, 2000); and The South in Black and White: Race, Sex, and Literature in the 1940s (Univ. of North Carolina Press, 1999). He is also the editor of The Peter Matthiessen Reader (Vintage, 2000). A winner of the University of Delaware’s Excellence in Teaching Award, Jenkins is currently Tilghman Professor of English and a member of the Program in Journalism. He lives in Baltimore with his family.

Bloody Falls of the Coppermine

Along with politics and religion, GMOs have become off-limit topics of conversation at many an American dinner table — even though they themselves are probably what’s for dinner.

In much of Europe, where communities are less disconnected from their food and how it’s produced, GMOs are largely verboten. But in the United States, where Big Agribusiness more or less decides what we eat — and what goes into and onto that food, be it plant or animal — GMOs have infiltrated much of the food supply, while at the same time inspiring rancorous debate.

In his aptly named new book Food Fight: GMOs and the Future of the American Diet, environmental journalist McKay Jenkins thoughtfully examines the promise and the peril of this remarkable new technology — from its potential to combat world hunger, to its attendant pesticides and herbicides, to its role in Big Ag’s decimation of small farms — as well as the spectrum of impassioned viewpoints both for and against.

Jenkins recently spoke to Penguin Random House about the power of genetic engineering and the hubris that accompanies it, the great divide between the parties in the GMO debate, and the value of being connected to our food and where it comes from.

PENGUIN RANDOM HOUSE: One of the book’s most sobering messages is that we have no idea how much we don’t know about genetics, and we have no idea what ripple effects could be caused by genetic engineering, yet we are now making profound changes to genes all the time.

McKAY JENKINS: The genetic engineering of food is, for better and worse, a symptom of our current culture. For several hundred years now, we have convinced ourselves that human ingenuity — whether it’s the way we make food, or the way we make power — somehow trumps the wisdom of nature.

Consider this: if you take the total time that human beings have been around on this planet as a 24-hour clock, we’ve been farming—farming—for about six minutes. In other words, we were pre-agricultural from midnight to 11:54 p.m. So if six minutes represents the 10,000 years of human agricultural food production, think what a short time it is — 30 years — that we’ve been engineering these new food products. That’s a tiny fraction of the time we took to understand the way nature works. And the trouble is, not coincidentally, that the more time and energy we spend devoting ourselves to human engineering and technology, the less time we spend actually living in and contemplating the way that nature actually functions itself.

The Greeks would have considered this a version of hubris — we think we know better than nature. This is an ancient human impulse, but one that often leads to vast unintended consequences. And so it is with GMOs. Some of the food scientists can make in a lab may be beneficial: drought-resistant crops, disease-resistant crops, etc. But the vast, vast majority of GMOs are used to make fast food and processed food for huge multinational corporations. And the environmental and health consequences of this are immeasurable.

PRH: Like seemingly everything else these days, the topic of GMOs is very polarized. If you could make leading GMO advocates and opponents sit together in the same room and talk civilly, what are the main topics you would ask them to discuss?

MJ: I would like to see the conversation get beyond whether GMOs are “safe” to eat. This is a very limited way of thinking about this issue, with a lot of noise on both sides of the debate, some backed up by science, some total hogwash — on both sides. GMOs are in fact just the latest chapter in a seventy-year-old American industrial food system that began with the building of the Interstate Highway system, which led to the construction of vast suburbs and the closing of some four million small farms.

With the closing of all these local farms — all replaced by subdivisions and shopping malls — American food production moved to gigantic industrial farms in the Midwest. These farms were very good at making lots and lots of about three kinds of things: corn, soybeans, and wheat. They were also very good at feeding these grains to the (now) nine billion cows, chickens, and pigs that Americans eat every year.

This is what the fast food and processed food industries are built on, and this is the system that GMOs — and their attendant herbicides and pesticides — are built on. The consequences of these developments are vast, from our national obesity epidemic to the collapse of bee, bird, and butterfly populations to dramatically endangered drinking water supplies. When you have some 300 million acres of forests, prairies, and grasslands plowed under to create three crops, you do tremendous damage to the soil — which, along with water, is our most precious resource.

PRH: As you write toward the end of the book, these days not only plants but animals are GMOs. What are some of the major ethical questions society will soon face in this area?

MJ: The new gene editing technology known as CRISPR is opening up all kinds of frontiers for genetic engineers, from designing mosquitoes to combat the Zika virus, to ramping up the photosynthetic capacity of food plants, to developing “meat” protein in a laboratory that will be grown from animal muscle cells and thus never require the killing of actual animals.

Much of this science seems very exciting, as new science always does. It’s in the repercussions, the unintended consequences, that problems always arise, and history does not provide many examples of radical, structural shifts to nature that were not freighted with all kinds of unforeseen downsides. Think of DDT, which was considered a miraculous insecticide until it drove the bald eagle, our national symbol, to the very brink of extinction. Think of the American highway system itself, which was initially built in the wake of World War II as a way to defend the homeland. Building all those roads was great for moving vehicles around efficiently. But it also led to an explosion in the need for fossil fuels, which in turn made the world — in its bottomless need for oil, much of which comes from deeply unstable countries — a far more dangerous place.

PRH: In the book, you interview numerous farmers, scientists, and citizens, but there are no quotes from big agribusiness. Did you try to speak to those companies? Were they simply unwilling? Were they hostile?

MJ: I did repeatedly try to get interviews with Monsanto, and to get a tour of their “experimental farms” in Hawaii, where they test their GMO crops and their pesticides in great quantities. They would not grant me even an interview let alone a tour, instead directing me to industry websites that are built by professional public relations people. This is, in a way, understandable, since Monsanto and the other Big Ag companies have been deluged with criticism over the years. But one of their great mistakes in my view is refusing to offer the public a transparent look at what they do.

On the island of Kauai for example — which I write about extensively in the book — the Big Ag companies fought tooth and nail to avoid having to tell island residents what chemicals they were spraying on fields right next to towns and schools. This is not good PR, in my view. People have a right to know what’s in their food, and how it’s grown, and under what conditions.

PRH: Toward the end of the book, you write about some of the intangible, almost spiritual benefits of being close to the land and the growing of our own food. What have we lost in this area, and what do we stand to regain, if we try?

MJ: To my mind, our relationships with food and the land are among the most intimate and spiritual relationships we have. The Native Americans know this, as do indigenous people around the world. The Europeans know this. Travel to Rome, as my family did last year, and you will see small farms growing local produce just a few miles outside the city.

There’s a reason Europeans have been so resistant to GMOs — they have had a deep, local, non-industrial food system in place for hundreds and hundreds of years. They are closer to their food, and prouder of it, and more “connected” to local food traditions.

One of the great tragedies of the way Americans eat, it seems to me, is that we have devalued local food traditions in the service of cheap, processed calories. Think about how much richer our culture would be if we placed less value on 99-cent hamburgers — fed GMO corn and soybeans — and more value on actual traditional food: gumbo in New Orleans, chowder in New England, crabs from the Chesapeake Bay. Our disconnection from our food, and the land it grows on, is a strong, and not altogether pleasant, reflection on how alienated we’ve become from the very places we live.