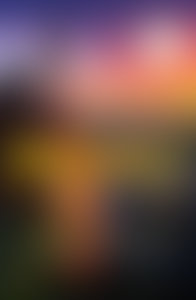 Rudyard Kipling was born in Bombay, India, to British parents on December 30, 1865. In 1871 Rudyard and his sister, Trix, aged three, were left to be cared for by a couple in Southsea, England. Five years passed before he saw his parents again. His sense of desertion and despair were later expressed in his story “Baa Baa, Black Sheep” (1888), in his novel The Light That Failed (1890), and in his autobiography, Something of Myself (1937). As late as 1935, Kipling still spoke bitterly of the “House of Desolation” at Southsea: “I should like to burn it down and plough the place with salt.” Kipling and his wife settled in Brattleboro, Vermont, where Kipling wrote The Jungle Book (1894), The Second Jungle Book (1895), and most of Captains Courageous (1897). By this time Kipling’s popularity and financial success were enormous. In 1899 the Kiplings settled in Sussex, England, where he wrote some of his best books: Kim (1901), Just So Stories (1902), and Puck of Pook’s Hill (1906). In 1907 he received the Nobel Prize for Literature. By the time he died, on January 18, 1936, critical opinion was deeply divided about his writings, but his books continue to be read by thousands.

A Collection of Rudyard Kipling’s Just So Stories

The Man Who Would Be King