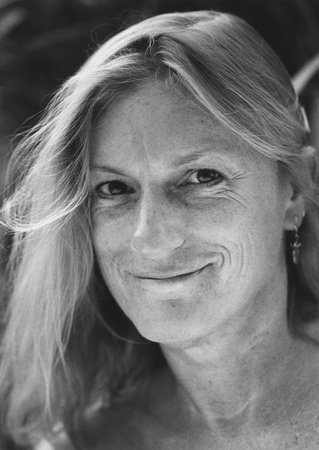 Tales of a Fourth Grade Fantasy Writer
It all began in the fourth grade when my best friend, Justine and I–inspired by The Chronicles of Narnia, Curdie and the Princess, The Wonderful Journey to the Mushroom Planet, the books of E. Nesbit (and countless other works of fantasy recommended to us by our imperious rouge-cheeked librarian, Mrs. Thackeray)–embarked upon a fantasy epic of our own. We wrote our epic in multi-colored inks (Justine had gotten this nifty set of colored plastic quills for her birthday) in a series of classic black and white composition notebooks, whose white spaces we colored in so that every time we touched them, we got rainbows on our fingertips. I can’t remember the plot but I do know that it featured a cast of unicorns, elves, fairies, and an evil magician whose name, Pezlar, was inspired by our favorite candy. Our characters lived on islands that were shaped in their own likenesses; for instance, the unicorns lived on an island shaped like a unicorn head, where there was, naturally, a Cape Horn and a Beard Bay. Whenever we had writer’s block, we simply drew maps. We were writing (and drawing), not so much for posterity as to conjure a world that, we fervently hoped, would one day open its magical portals and take us in. The world shimmered with latent magic and we lived our days in a state of heightened expectation. When would the magic reveal itself?

Those Magical Oldsters
Taking our cue from the Professor in the Narnia books, Mary Poppins, and Mrs. Pigglewiggle, old people were especially magical to us. Ike Raff, the grumpy old man who owned the cigar store; Charlie Hicks, the seven-foot-tall homeless man who marched in the Memorial Day parade in a full Cherokee regalia, and even the scary Mrs. Thackeray were, we suspected, distinguished emissaries from magical lands. To their credit, they played it straight when, with burning intensity, we asked them such questions as, “Where do you really come from?” and “How did you get here?” “Did you fly, teleport, or use a traveling spell?”

Step right up to the Museum of Magic
Magical talismans were vitally important to us. We collected beach glass, horse chestnuts, antique buttons, old coins, and even a green crystal doorknob. And, yes, we had our own Museum of Magic that we set up in Justine’s side yard, which was just across the street from the beach. I say we set it up. I’m not sure we ever had any paying customers. We were raising funds so that we could buy the fabric to make long hunter-green capes with hoods. These were the outfits we planned to wear when we passed through the magical portals. We must have raised the funds somehow, because we actually stitched up the capes on my mother’s sewing machine. How proud we were of them! So you can imagine how crushed we were when we wore them into town one day and somebody asked us which 4-H troupe we belonged to.

Magical Portals
We looked everywhere for them: Mr. Raff’s cigar store (where we would later buy our Beatles fan mags), an old wooden boat house down at the beach, an abandoned rococo-baroque Victorian mansion near my house just bristling with magical possibilities.
One Friday night, before our favorite TV show, Twilight Zone, came on at 9:30, we took a candle and some matches and made a pilgrimage to the Victorian mansion. It was a cold and windy night, I recall, and when we spied a broken window off the porch, it seemed to say to us, “Trespass, please!” With lit candle, we solemnly walked from room to room, searching for the portal. When we got to the third floor landing, the candle suddenly flared up and then guttered. We screamed and tore out of that place back to my mother’s warm, safe kitchen. Magic, we concluded, was sometimes a pretty scary proposition. We steeled ourselves and determined to make a return trip to the ruined mansion. We never managed that second trip because a wrecker ball rolled in and leveled the site of our closest brush with magic. A branch of the U.S. Post Office took its place and, although we never attempted to break in (Federal Offense!), we did loiter in the foyer, searching for magical signs among the Wanted Posters and the public notices.

Adolescence Rears Its Ugly Head
Looking back on those years, I see that, for us, magic was a kind of pagan belief system. It was both an affirmation of and an escape from life. But maintaining our belief system was not always easy. It was often downright burdensome. We had our rituals to observe, and our obligations, too. (We held weekly classes for our stuffed animals in the faerie arts, complete with lesson plans and demonstration models). Our beliefs isolated us from the other kids (who already suspected we were more than a little bit tetched). There came a time when a kind of low-grade dread began to steal over us; dread of the day when, like Susan Pevense, we would wake up and want to wear lipstick and stockings. And of course, that day did dawn, slowly enough to be agonizing. It started with the Beatles. We simply redirected all that magical intensity in the direction of the Fab 4. Instead of believing in portals, we believed we would one day not only get to meet them, but get to marry them (Justine, John; me, Paul). After that, it was a just small step to wearing lipstick (well, Mary Quant lip gloss, in any case), stockings (fish net), mini skirts (tweed and veddy British) and, before we knew it, we were looking back on our days of magic with patronizing fondness.

Reader, I Wrote
When I grew up, I still wanted to write but writing for children seemed, well, childish. I determined to be a writer of Adult Books, and succeeded (on a very modest level). But what can I tell you? The lack of magic in the adult world, as much from a reader’s standpoint as a writer’s, eventually got to me. I missed the magic, and years later, here I am, drawn back to its portals. I even find myself believing again. I believe that the world in which we live, the world of consensus reality, is but one small room in a mansion full of rooms. I believe that writing and reading are two surefire ways to get access to the other rooms. And nowadays, it is my sole ambition to grow up to be one of those old people who just might be mistaken for a distinguished emissary from a magical land.
Do I fly, teleport, or cast traveling spells?
The answer to all of the above is yes!