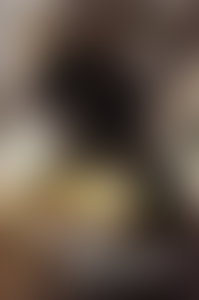 Theo Lawrence is a graduate of Columbia University, the Juilliard School, and Fordham University, where he recently completed his master’s degree in English literature. A Presidential Scholar in the Arts, he has performed at Carnegie Hall and the Kennedy Center, as well as Off-Broadway and at 54 Below.

Mystic City—which Kirkus Reviews called “a gripping Romeo-and-Juliet exploration of deception, espionage, revolution, the greater good and love conquering all”—has been translated into over ten languages and was an ALA-YALSA Best Fiction for Young Adults nominee. Theo splits his time between Manhattan and Rhinebeck, New York.

Theo Lawrence: I loved S. E. Hinton’s The Outsiders and Lois Lowry’s The Giver. I also remember thinking everything by Roald Dahl was both hysterical and frightening.

TL: Swedish Fish. The red ones!

PRH: Do you have favorite music to listen to when you write?

TL: I usually listen to music right before I write, or while I’m revising. I actually have a Mystic City playlist — and here are a few selections from it:

I love the cool tones of Janelle’s voice, plus the funky beat of this song. The line “Do you know what you’re fighting for?” was something I thought about a lot as I wrote Mystic City.

“Love Is a Losing Game” by Amy Winehouse


For me, this is Davida’s song. The dark, sultry tone of Amy Winehouse’s voice never grows old. She is able to capture such heartbreak, and this is what Davida feels regarding Hunter, who loves Aria — not her.

“Us Against the World” by Coldplay


Toward the end of the novel, this is 100 percent how Aria and Hunter feel. Sometimes it really does come down to how much you’re willing to fight for what you want when the odds are stacked against you.


Although this standard was originally performed by Liza Minnelli in the Scorsese film of the same name, the Frank Sinatra version is my favorite. It celebrates the city of Manhattan … so it’s the perfect song to encapsulate Mystic City!

PRH: What inspired you to write Mystic City?

TL: Mystic City was inspired by a trip to Venice. I remember thinking how beautiful the city was, and wondering what Manhattan would look like if it had canals instead of streets.

PRH: Can you give us a preview of book two, Renegade Heart?

TL: Renegade Heart picks up a few weeks after the end of Mystic City. [SPOILER ALERT] Even though Aria’s struggle to reclaim her lost memories is over, and she now remembers Hunter and their romance, Manhattan is basically going up in flames … a revolution has broken out and everyone is taking sides. Aria has to determine what — and who — she is fighting for.