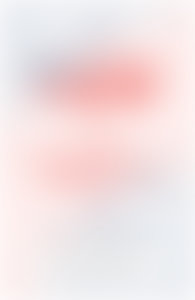 Chris Jennings grew up in New York City. He graduated from Deep Springs College and Wesleyan University. He lives in Northern California with his dog.

Charles Fourier was a listmaker. He classified the human experience into what he called “passions” — the Luxurious Passions (the five senses), the Affective Passions (familism, love, ambition and friendship), and the Mechanizing Passions (forming groups, the demand for variety and a mix of intellectual and spiritual satisfaction).

Fourier, a utopian and French social theorist in the 1840s, devised 810 combinations of these passions. He had a bewildering 32-step theory of human history — sixteen ascending stages and sixteen descending stages, of course. He had a profound fascination with fruit, especially pears.

And here’s where things get a little weird.

Fourier thought humans should reassemble into colonies of 1,620 people in complicated villages that would be, as Chris Jennings writes in his unusual and enlightening new history, Paradise Now: The Story of American Utopianism, “a decadent mishmash of piazzas, colonnades, caravansaries, and arches, all topped with brightly colored silk banners and surrounded by pleasure grounds.”

Jennings sat down with Penguin Random House to talk about Fourier and the other utopian thinkers who were part of an unusual movement in the years before the civil war — and a little about Bernie Sanders.

PENGUIN RANDOM HOUSE: Some of the people you write about have some pretty kooky beliefs. Is this a book about crazy people?

CHRIS JENNINGS: No. [Laughs.] It’s not a book about crazy people, but that’s a totally fair question. I think that one of the driving forces behind my researching the story was how totally sane people got swept up with ideas that were sometimes crazy — how intelligent, reasonable people who in every other aspect of their lives were level-headed got caught up in some outlandish ideas.

PRH: The book is arranged around these five groups that are similar but not really related, and I want to run briefly through them starting with the Shakers. Who were they? What was their deal?

CJ: The Shakers originally came from England and were initially a small group of followers around a woman named Ann Lee who had some religious revelations about the true nature of salvation. She believed that the millennium foretold in the bible had already begun and that it was up to her and her compatriots to build the perfect earthly society, the defining features of which would be celibacy and total equality.

PRH: This was happening at the same time that other self-identifying religious people owned slaves. What was the nature of the Shakers’ ideas about equality?

CJ: Like a lot of religious people in the north, the Shakers were on record as being horrified about the slave trade. They believed that the bible commanded them toward total equality. They read some language in the book of Acts as commanding them to have all things in common. The Shakers saw this as an important section of the bible and the only good model of how a Christian community ought to live. Religious people in the slave-owning regions of the United States found their own bits of the bible to justify slavery.

PRH: And Robert Owen and the Owenites come next?

CJ: Right, and Owen was very influenced by the Shakers. He didn’t come out of a strong religious tradition, but he had a vision of a highly rational, egalitarian society. He thought the best way to get to that society was to imitate the Shakers and build these small colonies of total equality and that they would look so wonderful that they would spread around the earth.

He was one of the most successful industrialists in the United Kingdom, and he started with paternalistic industrial reforms that seemed radical in his day — like that eight-year-old children shouldn’t work fifteen hours a day at a loom. He wanted to soften early industrialism for people living in horrible conditions. People came from all over to visit his factory town. Then he came to the U.S. to build these utopian communities in Indiana.

PRH: And then Charles Fourier?

CJ: Fourier was next. Owen was famous, but Fourier was kind of a nobody. He liked Owen and saw himself as a sort of competitor to build this new society. He grew up in France during the Revolution and lost his inheritance during the Revolution. Owen thought that people living in these egalitarian communities would get healthier and smarter, and Fourier took that to the idea that everything would become better.

PRH: And Fourier had more specific ideas about how to make these things happen through architecture and education.

CJ: All of these guys are kind of defined by their specificity, which is what distinguishes them from just optimistic politicians. They wanted this kind of building and this kind food and for people to work this number of hours. One of Fourier’s intellectual quirks was this numeric specificity — where you would have 810 women and 810 men, and their diet would be like this, and this is where the pear orchard would be planted. He wrote out every detail.

CJ: A lot of these guys were Grahamites. A lot of people living in these communities were also followers of Sylvester Graham, whom the Graham cracker is named for. He was sort of a precursor to Kellogg, and this whole mix of health food and healthy living and egalitarian society was a thing in the 19th century.

PRH: So then there’s the Icarians.

CJ: Right. It’s hard to find a contemporary analogue, but the Icarians were somewhere between a political movement and a religious movement. They had a sort of messianic relationship to their leader — Etienne Cabet — who was a French radical, a communist who was exiled from France for writing some controversial things about the king. While he was in exile in England, he met Robert Owen, he read Utopia by Thomas More from the 1500s, and gets turned onto ideas that were similar to Owen and Fourier about changing the world through this perfect communistic society. He wrote this book called Travels in Icaria about this fictional country, and a movement grew up around it. His followers tried to build it in Texas and had an awful time with it. They bought a city in Illinois from the Mormons, who were then heading west, and they had a pretty successful community there for a long time.

PRH: The last group, which definitely has the best name, is the Perfectionists.

CJ: That’s what they called themselves, and most people who encountered them in high school history would have known them as the Oneida Community in Oneida, New York. Unlike the other groups, they don’t have a European origin. They were well-versed in these other groups and built this community that was somewhere between the Shakers’ religious community and Robert Owens’ atheistic community. They were a religious community but were also preoccupied with secular ideas like science and political philosophy.

PRH: Did you come to any conclusions about whether these groups were fundamentally optimistic, that if they just moved a few levers everything would be perfect, or were they more pessimistic in that they thought they had to do these things or they were doomed otherwise?

CJ: Everyone wants to put utopia in that dichotomy of optimistic and pessimistic, but there’s really this third optimism. They’re motivated by this deep pessimism. They’re willing to take enormous risks to build an entirely different kind of society, which expresses a strongly negative view of the society in which they lived. Everything was corrupt, the world was awash in sin, capitalism was going to destroy us all, which is a deep pessimism. But they thought they could build a perfect society, and they thought they could do it in a few years. They’re neither optimistic nor pessimistic; they’re utopian, which is sort of its own category.

PRH: In the introduction, you filed the origins of this utopian impulse into spiritual, religious ideas and the more building-a-better-mousetrap, science sort of approach. Did you see a lot of variation in how the groups responded to those ideas?

CJ: The thing that got me interested in this topic is the completely seamless merger of those two ideas. The Shakers were chiefly preoccupied with religious ideas, but the way they expressed those ideas was in this very enlightenment project of building themselves an ideal social architecture. The more secular communities like Robert Owen’s communities clearly absorbed the idea that God had promised them a perfected life on earth and that it was due to come now.

PRH: Did these ideas run out of steam, or was there something about the Civil War that ended the growth of these communities?

CJ: The ideas did run out of steam. The Civil War’s impact on them wasn’t direct. Most of them, by the time the Civil War came, were somewhat isolated from the world around them. One of the things they all had in common was the idea that the perfected society was right around the corner, and they had organized their lives around this idea. The war put the lie to the idea that things were gradually getting better.

PRH: Have these ideas popped back up periodically?

CJ: One of the things I find really interesting about all these people is that they were not preoccupied with the idea that things are just the way they are, and that type of thinking allowed them to see things that would become commonplace later. The idea that all kids should have a free education was not a mainstream idea in the 1840s, and these people set that up. The idea of a basic social safety net — that someone beyond your immediate family should be looking out for people’s general well-being — was not a mainstream idea at that time.

PRH: Have you seen the new Bernie Sanders “America” campaign video? Everyone is drinking coffee and happy and hugging Bernie. I guess I’m cynical to roll my eyes at that, but is this what a utopian community was supposed to look like?

CJ: That video is an idealized depiction of what an American dairy farm or community looks like. It’s an unlikely scenario for what America will be in the future, but the building blocks depicted in that video are still around us. Utopians had a much more extreme idea of reinventing — from the ground up — what society was going to look like.